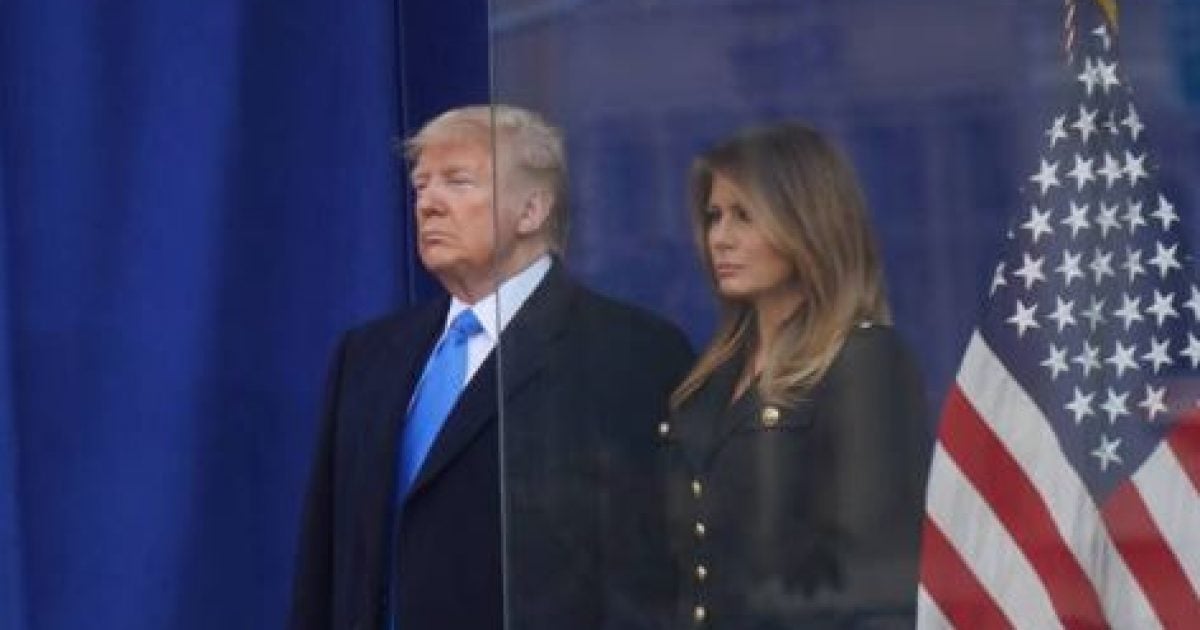 An openly gay opinion blogger at the Washington Examiner slammed President Trump on Veterans Day, saying he doesn’t really support the military if he opposes allowing transgenders in the Armed Forces.

“Trump’s discriminatory ban continues to hurt veterans and transgender people who want to serve,” he blogged. “Trump is right to honor our veterans during this important holiday, but the president’s words will continue to ring hollow until his actions start to line up with them.” 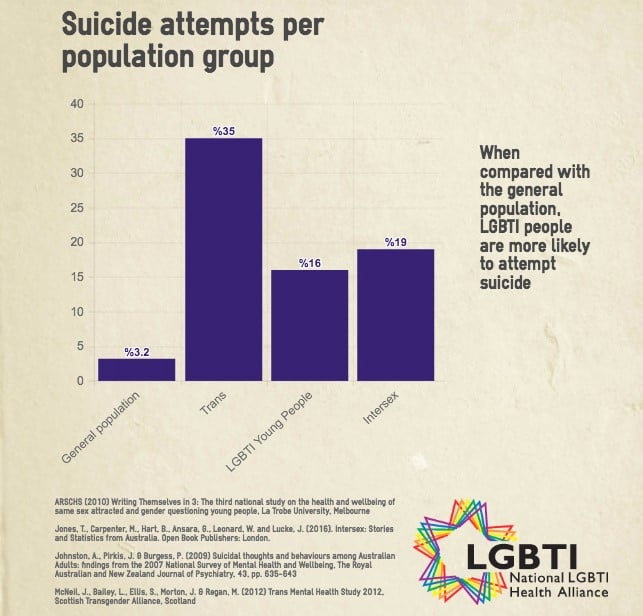 This week, President Trump became the first U.S. president to attend the New York City Veterans Day Parade, where he praised veterans as “the greatest warriors to ever walk the face of the Earth.”

Trump added: “Thanks to American warriors, [ISIS founder] al-Baghdadi is dead. His second in charge is dead. His reign of terror is over and our enemies are running scared. Thank you [to the U.S. Armed Forces].”

👉 More than 25,000 parade participants were expected to march for the Veteran's Day Parade. (AP/AFP) pic.twitter.com/MdSXWATmkg

In July 2017, Trump — the commander-in-chief of the Armed Forces — said he made the decision after consulting with military experts and generals on his staff.

President Trump said he didn’t want transgenders in the military because of the “tremendous medical costs and disruption” that would entail.

Some lawmakers pointed out that transgender military recruits undergoing transition surgery can’t be deployed for almost a year.

“I’ve looked at this issue very, very closely and this policy is going to cost $1.35 billion over the next 10 years alone just for the sex reassignment surgeries of the transgender members of our service, said Congresswoman Vicky Hartzler.

Leftists attacked President Trump as homophobic even though he has been endorsed by many in the LGBT community. Left-wing activists immediately filed federal lawsuits challenging the ban.

Navy SEAL Carl Higbie underscored that the military is not a social experiment for politicians to socially engineer with their misguided “woke” policies.

The point of the military is to crush enemies who want to destroy the United States.

“The military is not a social experiment and I just don’t think that this helps the troops put bullets in bad guys,” Higbie told Fox News.

Carl Hibgie pointed out that the transgender community has a suicide rate that’s 20 times higher than the general population.

“I just don’t think that’s a burden the military should be forced to take on,” Hibgie said. When transgenders were initially allowed to enlist, biologically female soldiers had to prepare by training to shower with transgender women.

The U.S. Army even launched “transgender training” for biological women soldiers to prepare them to commingle with their trangender peers.

Among them was a warning to women that “you may encounter individuals in barracks, bathrooms, or shower facilities with physical characteristics of the opposite sex.”  Hoo-ah! 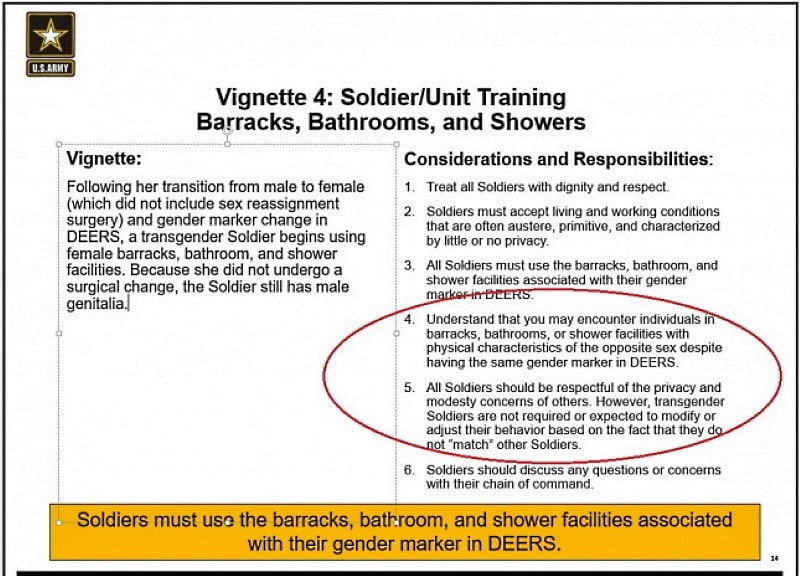