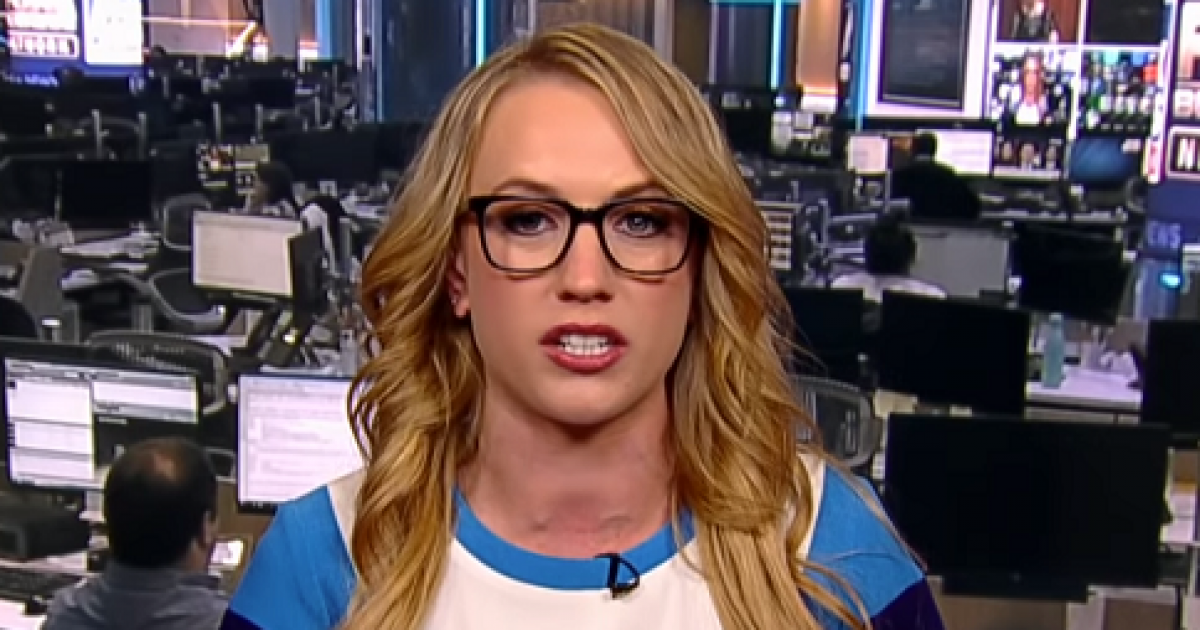 Fox News personality Kat Timpf went on a Twitter rant Monday night about being sick of dealing with intolerance of where she works when out in the public — while she didn’t elaborate further, there’s a reason progressives are called the “intolerant left.”

It’s clear that Timpf had just experienced some type of encounter, which she said was the fourth time she has had to deal with this outrageous behavior.

“The people who pretend to be so tolerant and accepting are honestly the biggest bullies I have ever encountered. This is not a talking point, this is my experience. Tonight marks the 4th incident I’ve had where I was unwelcome somewhere because of where I work,” she said. “I do not mean unwelcome by the establishment. They were very kind, which is why I will not be naming any further details because I do not want retaliation but rather to make a point.”

I do not mean unwelcome by the establishment. They were very kind, which is why I will not be naming any further details because I do not want retaliation but rather to make a point.

To be clear, her crime was little more than being a Fox News employee and Timpf is “sick of this sh*t.”

“During this incident, like the others, the person with the issue was unable, when asked, to provide a single example of one of my exact views or actions or statements that he took issue with. Just my affiliation,” Timpf wrote.

“I am so sick of this shit I cannot even tell you anymore,” she continued. “You are not a hero for baselessly being an asshole to people whom you have never met, but also apparently do not even understand a single thing about.”

I am so sick of this shit I cannot even tell you anymore. You are not a hero for baselessly being an asshole to people whom you have never met, but also apparently do not even understand a single thing about.

Timpf let her followers know a little about the state of her mind, saying she’s struggling to face the 5th anniversary of her mother’s death.

“A few hours from now is the 5th anniversary of my mom suddenly dying. That was painful & real & I’m still upset over it. That’s real shit, & most of us have gone through something real. Why can’t we recognize that when we see each other, instead of looking for a reason to hate?” she tweeted.

Timpf also hinted that in all the negativity, her tormentors are likely driven by their hatred of President Trump.

She concluded with this: “Also, for what it’s worth, I voted for Gary Johnson.”

Also, for what it’s worth, I voted for Gary Johnson.

Fox News colleague Janice Dean was among those responding — she tweeted: “Love you lady. I’m sorry people are awful.”

Here’s a sampling of other responses, though it’s hard to say if the intolerant left is emulating the behavior they see from Democrats like California Rep. Maxine Waters or vice versa.

The hard left is the absolute worst.

Okay so get this. I’m pretty much liberal in practice but when I was in chemotherapy last year and bald I was accosted by some liberal identifying people. It was insane. They figured I was a skinhead, racist, Republican somehow. I could barely walk and they were screaming at me.

I feel bad for your generation, because they get so caught up in the cult of politics, that they believe everything they hear about “the others.” They need to realize that much of what they hear on CNN (or FOX) is just kabuki theater.

I’m guessing you weren’t at the Stand for a LoS taping. The most offensive comedy brings out the nicest people. It’s a shame this kinda thing happens. People who pre-judge are missing out on meeting some cool folks. There’s probably more to agree on but they’ll never know.

Yes, but did the establishment take appropriate action against the a-hole who disrupted your day rather than sit back and watch?

This frightens me on many levels! The lack of civility & tolerance of beliefs that are different than ones own needs to stop! I don’t know how we accomplish that because it starts on campuses all over the country. My fear is it won’t always stop with harsh words! Very disturbing

Your points are 100% correct. It’s sad and so wrong. I am sorry you have experienced such ugliness. Wish I had words to help deal with your loss.