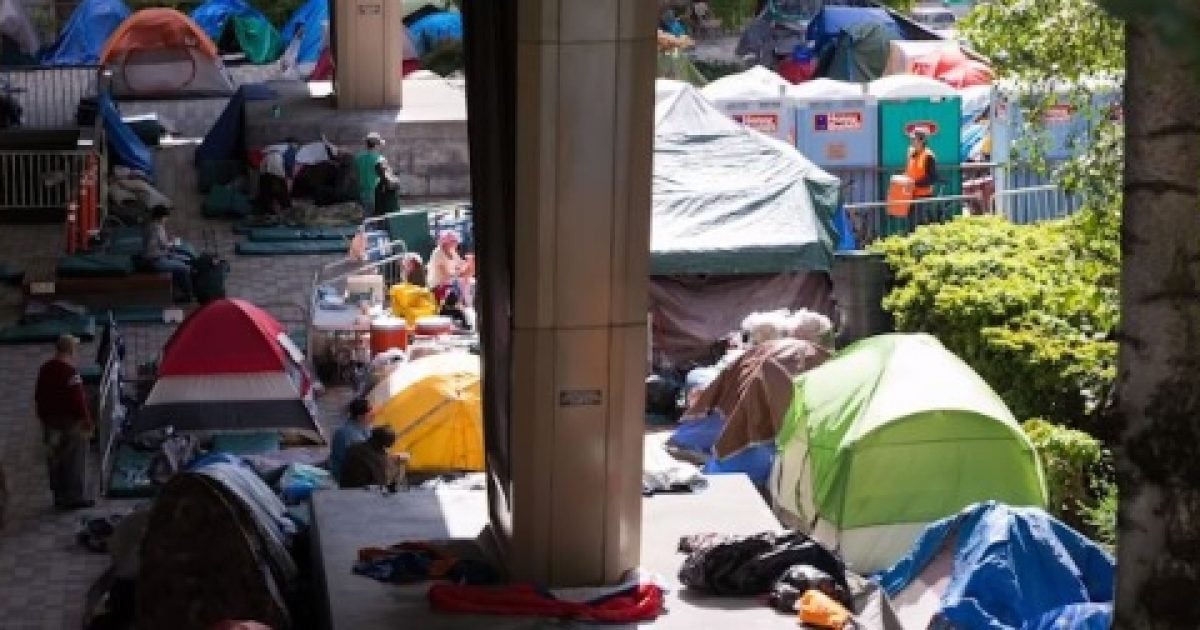 Seattle residents have grown increasingly frustrated with government officials who have failed to address the city’s spiraling homeless crisis.

Progressive policies in the Democrat-run city have provided the background for increased drug use, a rising cost of living and un-affordable housing. All of this is contributing to rampant homelessness and a general lack of confidence from residents who no longer believe their elected officials can turn things around.

“You used to be able to come down here and you’d see a quarter less of this stuff,” a man named James told Fox News, referring to the homeless men there in Pioneer Square. “I work across the street and there are shootings. I see people walk between buildings dealing drugs during the middle of the day and the police standing next to them not doing anything.”

Seattle voters are increasingly leaning toward a zero-tolerance policy on homeless encampments, according to a 2019 Seattle Times poll which indicated that 62 percent of voters feel the situation is deteriorating because the city “wastes money by being inefficient” and there is no accountability for how officials spend the funds.

Fox News noted that it undertook a study of Seattle and Portland in Oregon as well as the California cities of San Francisco and Los Angeles to report on the “toll progressive policies have had on the homeless crisis.”

“In each city, we saw a lack of safety, sanitation and civility. Residents, the homeless and advocates say they’ve lost faith in their elected officials’ ability to solve the issue. Most of the cities have thrown hundreds of millions of dollars at the problem only to watch it get worse,” Fox News reported.

“It’s no secret that — despite all the efforts — our city has shown itself incapable of dealing with the severe problem brought about by chronic homelessness, mental illness and drug abuse,” the pastor said in a letter, following attacks on church property by the homeless.

In all, the city spends $1 billion a year fighting homelessness. That’s $100,000 for every homeless man, woman and child in King County and yet the needle has mostly been moving in the wrong direction. Residents say there is a deep disconnect between them and those in charge and say elected officials are tone-deaf and offer up simple solutions to a complex problem.

Residents Fox News spoke to have complained the city’s “compassion campaign,” which encourages prosecutors to drop misdemeanor charges including theft, assault and drug possession, is misguided and puts them at risk.

“I think the decriminalization of drugs is a problem,” personal trainer Awan Johnson told Fox News. “Whenever you play that card, you’re moving the responsibility somewhere else.”

Last year, King County – which includes Seattle – stopped pressing charges against those found in possession of small amounts of drugs such as heroin and crack. Seattle officials have also come up with progressive ideas like last year’s attempt to charge the city’s largest employers a $275 tax per employee.  Seattle’s City Council quickly back pedaled one month later after backlash from the companies which include Amazon.

The homeless crisis in the liberal West Coast cities has continued to escalate as decades of failed liberal policies have created a behemoth overwhelming elected officials and causing residents to flee their once-beloved homes and even relocate their businesses,

In San Francisco last week, a woman’s harrowing attack by a homeless man as she attempted to enter her condominium complex was seen in a viral video captured by a surveillance camera.

Despite the arrest of the 25-year-old homeless man after the San Francisco Police Department took nearly 35 minutes to arrive, he was released “on assertive case management” after initially being charged with false imprisonment, attempted robbery and two counts of battery. The victim appealed to officials and even tagged Democrat Gov. Gavin Newsom in the video.

In the end, she decided the city was no longer safe to live in.

A Sacramento, Calif., business owner closed up shop and moved because of the out of control homelessness.

The beauty salon owner slammed Newsom in a viral video for his inaction. Meanwhile, the governor was busy blaming Texas for the homeless crisis in San Francisco where he was mayor from 2004 through 2011.

Back in Seattle, residents and faith-based groups are joining business owners to try to make difference as the government continues to fail the city. One resident hopes their efforts in building shelters and offering the homeless a way out will someday pay off.

“It will be because we came together as a city,” Malcolm Miller told Fox News. “Not because we waited for this administration or the next or the one after that to figure it out.”