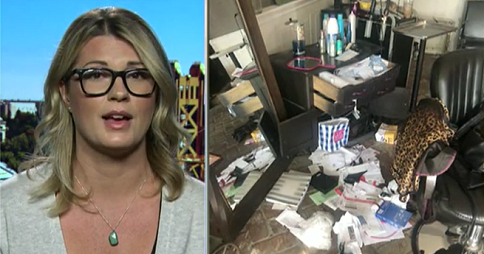 A Sacramento, Calif., business owner was forced to pack up her salon and move out of the state capital because of a growing wave of homelessness.

And she’s not happy with the Democrats who run the Golden State.

“I am angry about it as well,” Novak said. “I wouldn’t be relocating if it wasn’t for this issue.”

In a video that went viral, the beauty salon owner blasted Gov. Gavin Newsom for his inaction on a growing problem in the state.

In Los Angeles’ Skid Row, tents line entire city blocks and while the media largely ignores this failure of Democratic policy, videos of this are commonplace on social media.

And it’s not like she doesn’t feel for those living on the street.

“I do have compassion for these people,” Novak said. “But they’re sleeping in front of your door, and they’re leaving trash and they’re turning over garbage cans and I can’t do that anymore.”

While many people want to say it’s a housing issue, she was adamant that “it’s a drug issue.”

Recreational marijuana, a leading issue for the Democratic Party, is legal in California and weed advocates are almost militant in defending their right to get stoned, even if it does inconvenience society and drain the public treasury.

“I’ve spoken with a lot of law enforcement in my area,” Novak said. “And they all have the same answers. Their hands are tied, they can’t arrest them, and a lot of people think arresting won’t do much and it definitely will.”

To get a feel for how bad the problem is, Republican state Rep. Melissa Melendez, who represents the 67th district, which is south of Los Angeles, posted a video on Twitter of tents spread across Sacramento.

“This is my second video showing what democrat policies have done. Does this look like a third world country? It’s not. It’s Sacramento, California,” she tweeted.

This is my second video showing what democrat policies have done.

Her first video is seen here:

As for Novak’s original video, she directed her ire at Gov. Newsom, and she didn’t mince words.

“You want to make it comfortable for everybody except for the people that work hard and have tried their hardest to get along in life,” Novak tells the governor. “And now we have to change that because of your loss. What are you going to do for us?”

This woman goes by @yeshua_porvida on TW… Thanks to @gavinnewsom and his liberal ideologies, Sacramento is turning into San Francisco, Seattle, Baltimore… Doesn’t it seem like every city ran by Dems is headed the same direction??? Wake Up America!!! #Sacramento #SanFrancisco pic.twitter.com/ODPeW62nYX

She informs Newsom that she has been forced to close her shop and was adamant that she will not relent in getting the governor to respond with what he will do for business owners.

This is at least the second recent viral rant against California Democrats.

Last week a woman from San Fransico blasted Gov Newsom and local authorities after a seemingly drugged-up man was released back to the streets hours after he attacked the woman outside her apartment building. The frightening incident was captured by surveillance cameras and shared by the woman who was able to fight him off with the help of a stranger.