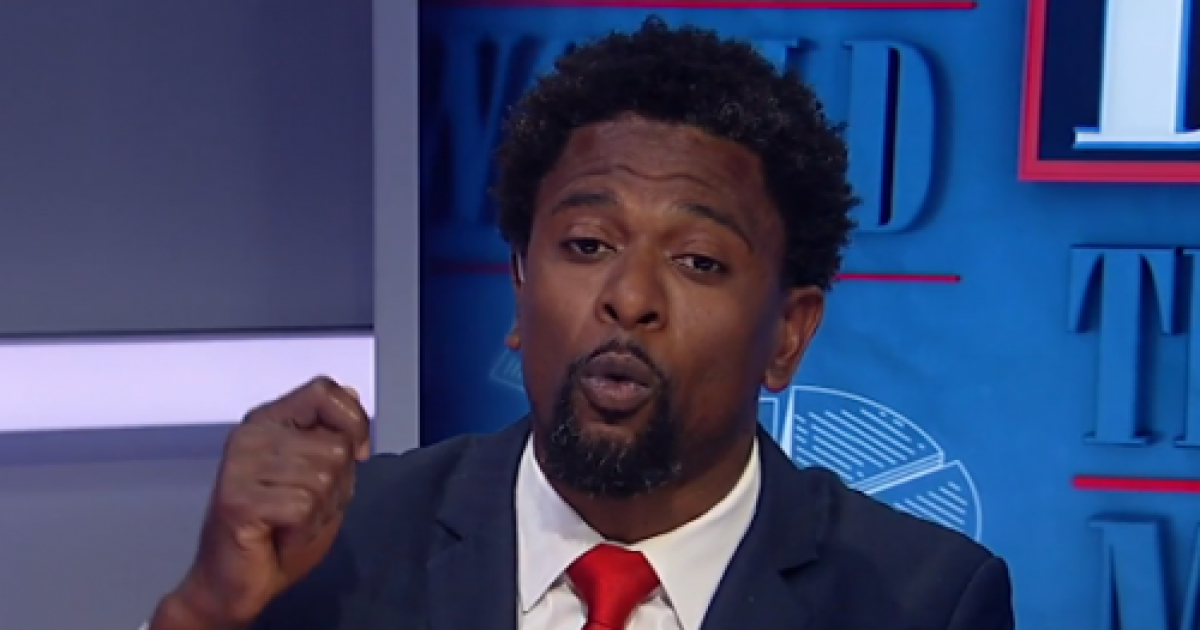 Former NFL linebacker Jack Brewer appeared on Fox Nation’s “Deep Dive” and dropped an absolute bombshell: He was the one who asked President Trump to call out Dem Rep. Elijah Cummings for the abysmal state of Baltimore, Maryland.

“I had a chance to meet with President Trump, and I told him please call out Elijah Cummings and Baltimore. I asked him to do that three weeks ago and he did it,” Brewer said.

“I’m seeing these kids that don’t have any core, no culture within them. They don’t have anyone teaching them or training them,” Brewer continued, justifying his call to action.

It’s unclear whether Democrats will ignore this new information in favor of perpetuating the same tired lie that Trump’s Baltimore tweets make him a racist.

When discussing the twin mass shootings that took the lives of 31 Americans, Brewer questioned why the 51 people shot in Baltimore and Chicago had gone largely unnoticed by the media.

He brings up a good point: Why are the lives lost in El Paso and Dayton more important to the media and politicians than the lives lost on the streets of Chicago and Baltimore? At what point do political pundits start caring about the gun violence in impoverished minority communities at the same level as these mass shootings?

Rather, they prefer to insult President Trump and paint him as an evil white supremacist whose racist tweets spark national violence, as opposed to someone who is actually bringing attention to real issues at the behest of someone whose heart aches for that community. Love him or hate him, America is talking about Baltimore.

And more than just talking, conservative activist Scott Presler was so inspired by the dialogue surrounding the Maryland city that he decided to organize a clean up crew to take to the streets and remove the garbage plaguing the citizens of Baltimore. It took nearly 200 volunteers almost 12 hours to clean up 12 tons of trash, and that’s just the start. Presler has vowed to continue cleaning up cities around the nation that have been forgotten by their elected officials.

“If the city was not going to help us clean up trash, well — by golly — we went out there with 170 volunteers.

These are the real people working to affect change in these desperate areas. Brewer knew that someone had to point out the terrible conditions faced by those who love Baltimore, and so he asked President Trump to make something happen.

And make something happen Trump did.