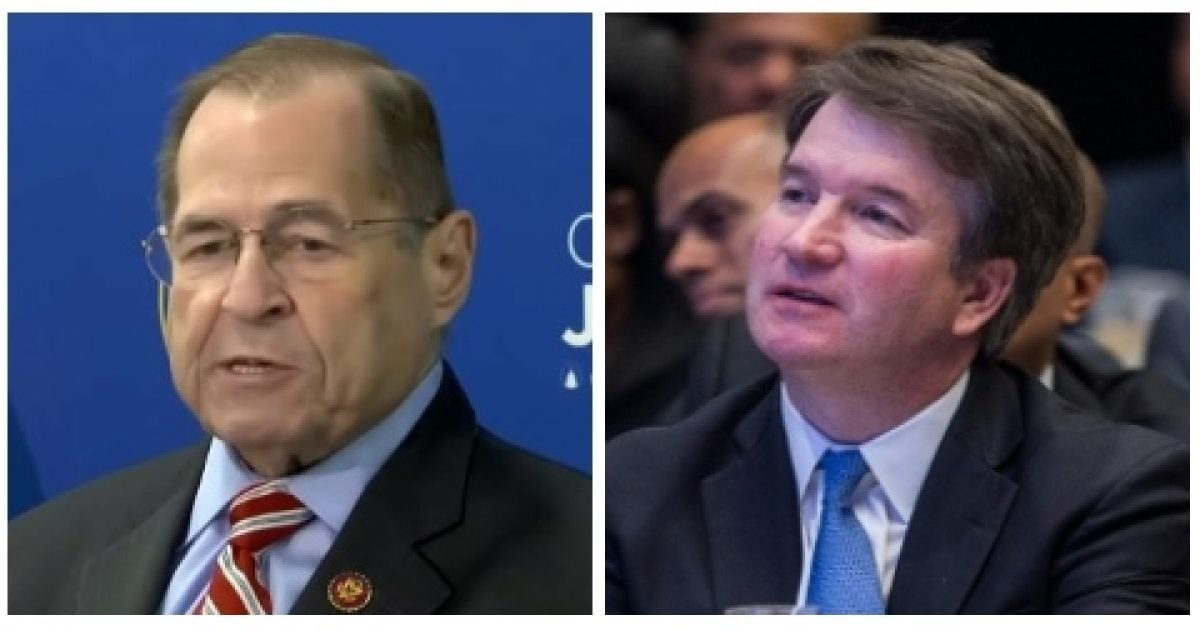 Rep. Doug Collins called the panel’s chairman out for unethical behavior as he slammed Democrats for attempting to “tarnish” Kavanaugh’s name in their latest “fishing expedition.”

“Chairman Nadler’s request is so far outside the scope of judicial ethics, it’s harassment,” the Georgia Republican said in a statement Tuesday, condemning a move by Democrats seeking records from Kavanaugh’s time serving in the George W. Bush administration.

The letter claimed that “tens of thousands of documents” from Kavanaugh’s time in the White House Counsel’s Office had been withheld by a private attorney during his confirmation process.

“As a result of this process, the Senate Judiciary Committee received only a small fraction of Justice Kavanaugh’s White House record before voting on his nomination,” Nadler wrote.

The documents, to be submitted on a “rolling basis,” were to include “textual records contained in Justice Kavanaugh’s office files from the period during which he served as Staff Secretary.”

Kavanaugh’s full records are set to be released by the National Archives in 2021 but Nadler invoked his panel’s oversight responsibility in defense of the request for the documents.

“The Committee’s jurisdiction encompasses the laws governing judicial ethics and the judicial oath of office; judicial disqualification, and misconduct; and the organization of the Supreme Court,” he wrote. “As it has in the past, the committee is considering legislative proposals to create a code of conduct for Supreme Court justices. It has also reviewed proposals in recent years regarding transparency in the Supreme Court’s proceedings, the adequacy of the justices’ financial disclosures and the circumstances in which justices or judges must disqualify themselves from the cases.”

Collins ripped into Democrats and their attempts to smear Kavanaugh who was confirmed to the Supreme Court in October 2018 after a contentious hearing process.

“Judiciary Democrats failed in their attempt to relitigate the Mueller investigation, so now they’re pivoting to attack a sitting Supreme Court Justice by reinvestigating issues examined during his Senate confirmation,” Collins said.

“When are we going to move on from the smear campaigns, and begin working on real, bipartisan solutions to improve the lives of the Americans we were elected to represent?” the committee’s ranking Republican asked.