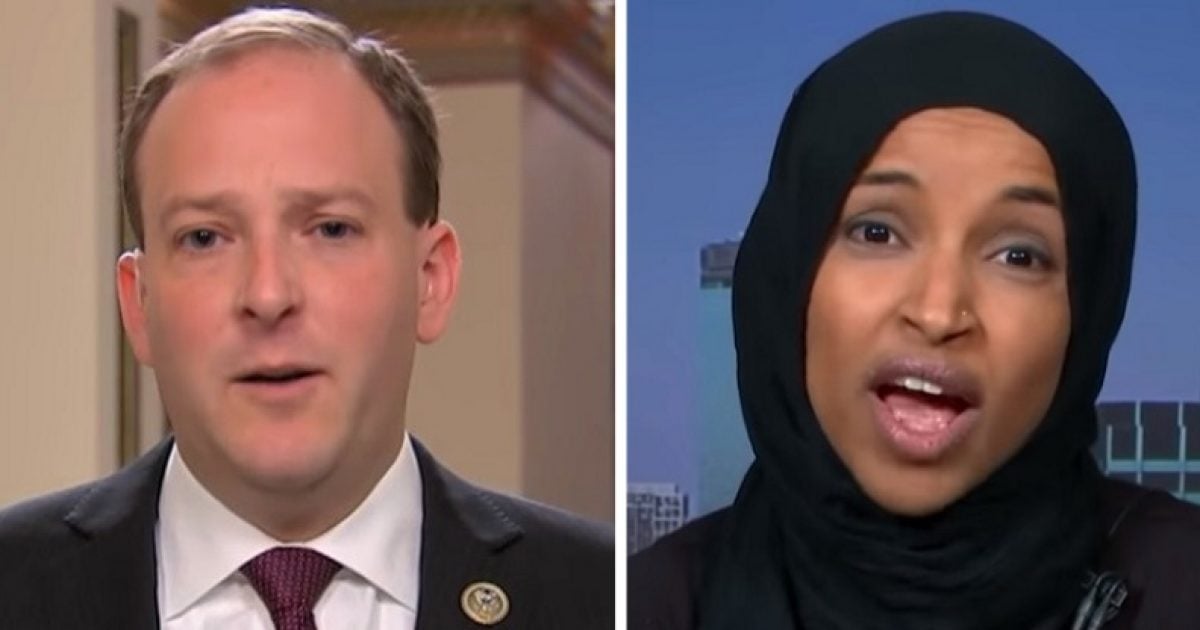 Zeldin tagged Omar on a tweet where he shared a voicemail of an unnamed man verbally abusing him with anti-Semitic barbs.

“This is just another day in my world as an American Jew in Congress,” Zeldin tweeted. “Would love to know what part of this hate filled, anti-Semitic rant you disagree with?”

This new VM just came into my office. @IlhanMN, this is just another day in my world as an American Jew in Congress. Would love to know what part of this hate filled, anti-Semitic rant you disagree with? I disagree with all of it. Do you? pic.twitter.com/4WoJqiATCf

Newbie lawmaker Ilhan Omar ― who says Israel should not be allowed to exist as a Jewish state ― responded by admitting that the audio was hateful, but then played the victim card by insisting that she too receives bigoted voicemails.

Realizing that her tweet would be viewed by her followers, Omar then suggested that Lee Zeldin meet with her to discuss a solution.

Zeldin called Ilhan on her bluff by asking if she would join him in passing House Resolution 72, which condemns the anti-Israel and anti-Semitic hatred infiltrating U.S. politics and Congress.

Predictably, Omar ignored his request even though they are colleagues, which means their job is to work together.

Let’s do that! Are you saying you disagree w/everything said in that voicemail? I sure do & it would be great if you did as well & cosponsored & helped #PassHRes72. That would be a step in the right direction. https://t.co/RYIqDN5Mby

As BizPac Review reported, the feud between Zeldin and Ilhan erupted after Zeldin expressed concern that Omar ― a noted anti-Semite and terrorist sympathizer ― had just joined the House Foreign Affairs Committee.

Naturally, she tried to deflect from her history of anti-Semitism by suggesting that Zeldin has a problem working with a Muslim. Rep. @IlhanMN says Israel is not a democracy & Palestine should be treated as an equal.

Facts for Ilhan: Palestinian support for military action against ISIS is the lowest of all countries. The PA pays terrorist families if they kill Jews & Americans. pic.twitter.com/xeT7q7ZKgi

Omar Asked Judge to Take It Easy on ISIS Recruits

lhan Omar recently asked a judge to be lenient on ISIS recruits.

Muslim Lawmakers Think Their Main Job Is to Represent Other Muslims

Meanwhile, Muslim Congressman Andre Carson projects that the US Congress will have 30 to 35 Muslim representatives by 2030.

Moreover, Carson fantasizes that the US President, Vice President, and Speaker of the House of Representatives will all be Muslim in a few short years.

Carson’s job is to represent everyone in the 7th district of Indiana. For the record, his district is 63% white, 29% black, and has few Muslims.

However, Carson told Muslims at a reception for CAIR (Council on American-Islamic Relations) ― an Islamist organization with reported ties to the terror group Hamas ― that his top priority is to represent other Muslims.

Carson said it is the duty of every American Muslim to “represent Islam and let the world know that Muslims are here to stay, and Muslims are a part of America. And we will have a Muslim caucus that is sizeable, that is formidable, and that is there for [Muslims].”