President Trump, in a rare move, thought he was going after a Fox News correspondent for being critical of the way he reopened the government without procuring funding for the border wall.

‘Never thought I’d say this but I think @johnrobertsFox and @JillianTurner @FoxNews have even less understanding of the Wall negotiations than the folks at FAKE NEWS CNN & NBC! ‘Look to final results! Don’t know how my poll numbers are so good, especially up 19% with Hispanics?’

High school Jillian was quite surprised:

In fact, the teenager was not exactly pleased, noting: “i’m lowkey kinda pissed”…

this is not what i need!😐

The Gillin H. Turner Trump was looking for “served on the White House National Security Council under President Obama and President George W. Bush and has been a contributor to Fox News since 2014,” Daily Mail notes.

Trump eventually fixed his typo, as can be seen in the below tweet with the @GillianHTurner handle:

Though Trump clearly did not point out the exact reason he was upset with Roberts and Turner, it is evident that lack of wall funding was an issue.

Roberts was filling in for “Fox News Sunday” host Chris Wallace when he commented on the shutdown coming to an end.

Turner was a panelist on the Roberts-hosted program.

Trump has vocally praised Fox News for years, given that they are by and large the only reliable news outlet that lets him know he’s doing a good job when he’s actually doing a good job.

The president generally reserves his attacks for CNN, MSNBC, and others for reporting “fake news” and giving him 90% negative coverage.

Will POTUS Trump begin going after Fox News personalities on a regular basis if others begin to call him out? Only time will tell, but the president has to know that his base is comprised of Fox News viewers and the network is one of few that will report the news accurately.

Regarding construction of the border wall, Trump made it perfectly clear. Whether Democrats are on board or not, he will proceed in 21 days (retroactive to January 25).

Most likely, that means he will have to declare a national emergency.

Trump: “We really have no choice but to build a powerful wall or steel barrier. If we don’t get a fair deal from Congress, the government will either shutdown on February 15 again or I will use the powers afforded to me…to address this emergency.”

JUST IN: "We really have no choice but to build a powerful wall or steel barrier. If we don't get a fair deal from Congress, the government will either shutdown on February 15 again or I will use the powers afforded to me…to address this emergency." https://t.co/w0K6ccMKt9 pic.twitter.com/68gUwwiRHp

POTUS tweeted, “I wish people would read or listen to my words on the Border Wall. This was in no way a concession. It was taking care of millions of people who were getting badly hurt by the Shutdown with the understanding that in 21 days, if no deal is done, it’s off to the races!” 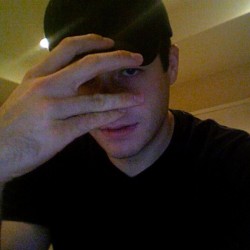