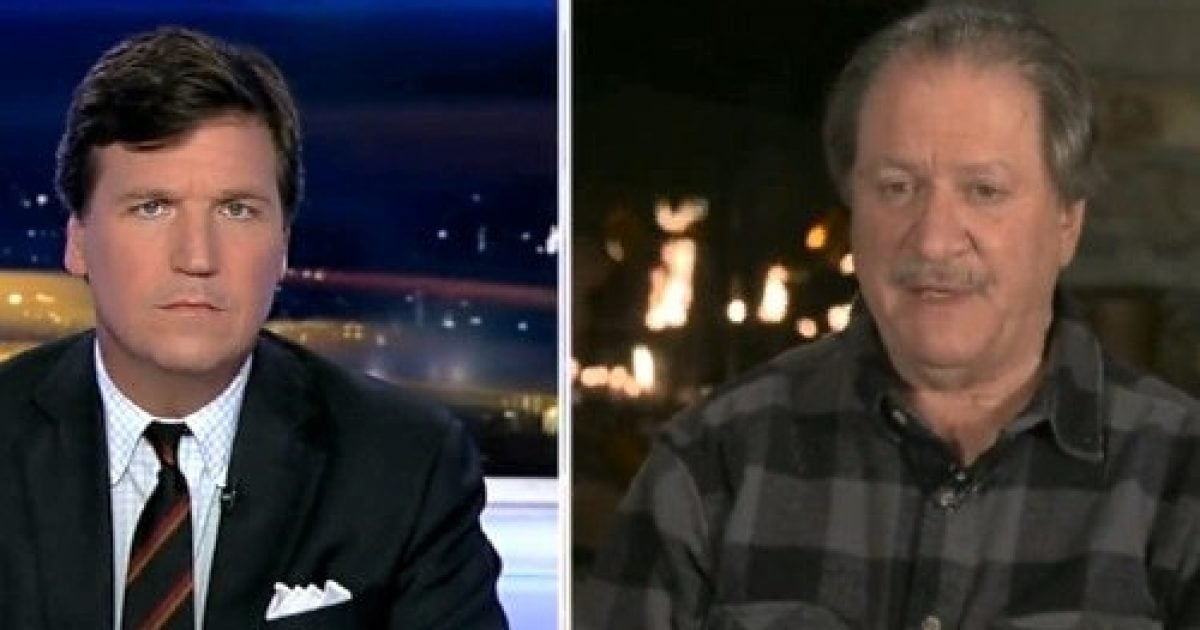 “Michael Flynn was framed to get Donald Trump,” diGenova told Fox News host Tucker Carlson. “[Former Obama FBI officials] Sally Yates, James Comey, Peter Strozk, Andrew McCabe all planned it. What you are watching play out in an American courtroom is one of the most disgraceful events in American criminal justice.”

Under the threats of being thrown in jail despite not committing any crime, Michael Flynn pleaded guilty for lying to the FBI about his communications with Russian officials before he started his tenure as Trump’s National Security Adviser.

Nothing substantive was discussed during his conversations, since many politicians talk to Russian officials — it’s a part of doing business.

DiGenova said Flynn did not lie, and the Obama FBI knew it. But they used Flynn as part of a contrived trap to get at President Trump.

“Flynn did not lie. And in fact, the FBI knew it. This was a pre-textual crime created by the FBI and by Sally Yates, the acting attorney general.

After the 2016 election, Hillary Clinton needed a reason for why she lost. Enter Russian collusion.

Part of that was to find somebody in the Trump administration to frame for ‘talking to the Russians.’ They found General Flynn. But in fact, all of General Flynn’s conversations with the Russian ambassador and everybody else were legal.

So why did the FBI approach him? They knew what he said. They knew it was legal. The answer is: They wanted to frame him. And they succeeded. He did not tell them false information.

Indeed, the FBI agent who [interviewed Flynn] said he didn’t lie. And it’s interesting that Robert Mueller did not turn over the original 302s to Judge Sullivan today. He turned over an interview of agent Peter Strozk, which was done months later by Mueller’s people.

Tucker Carlson agreed. “Flynn was never charged with colluding with anybody,” he said. “And yet, he has been destroyed. The family is crushed and bankrupt and had to sell their house on the basis of one ‘crime.’ Why doesn’t anybody on any other network say, ‘Wait a minute, couldn’t [the punishment] be slightly disproportionate?”

Former federal prosecutor Joe DiGenova said the reason why the media are turning a blind eye to the illegal actions of the Obama FBI is because they have a common goal: To destroy President Trump.

“The people on the other networks — and the people at the FBI at that time, and the Department of Justice — wanted one thing: They wanted to find a way to destroy Donald Trump because he wasn’t ‘supposed’ to be elected.

But he beat them. And they got angry. And then they got vindictive by weaponizing the criminal justice system.

John Brennan at the CIA and [former director of national intelligence] James Clapper followed through on their promised threat to figure out a way to get the people they didn’t want elected in order to make up for the fact that Hillary Clinton had lost.

This has become one of the greatest scandals in the history of the country and the media is ignoring it. Who was it that leaked the conversation of Michael Flynn with the Russian ambassador? That was a crime.

The leak to David Ignatius of the Washington Post to expose Michael Flynn’s conversation with the Russian ambassador was a crime. Why isn’t that crime being investigated?”