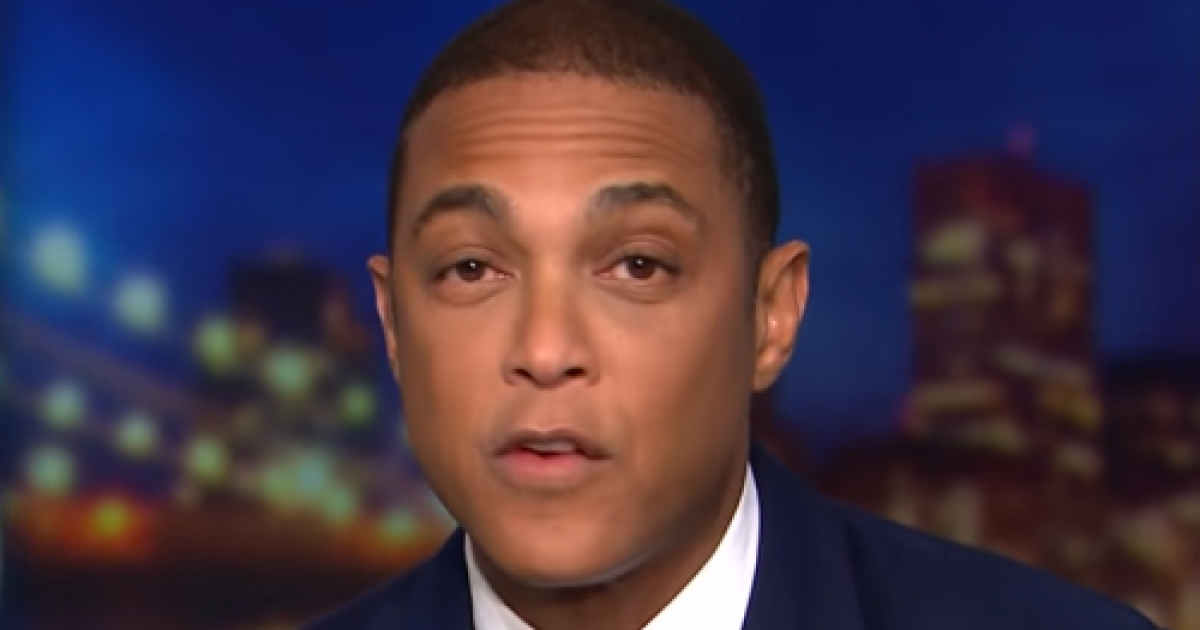 “I said the biggest terror threat in this country comes from radicals on the far-right, primarily white men,” Lemon said. “That angered some people. People who are angered about what I said are missing the entire point. We don’t need to worry about people who are thousands of miles away. The biggest threats are home-grown.”

To support his claim, Lemon rattled off a series of dubious “facts” where he claims that white “far-right violent extremists” had committed more terror attacks in the United States than Islamic terrorists (even though they caused fewer deaths).

“Even though more people died in attacks connected to Islamic extremists, the vast majority of deadly attacks in this country from 2001 to 2016 were carried out by far-right violent extremists,” Lemon claimed.

Don Lemon lost credibility when he cited “facts” promoted by the left-wing Anti-Defamation League and Washington Post to buttress his argument.

Don did not cite these FBI statistics shared by the “HodgeTwins,” Kevin and Keith Hodge:

Our response to Don Lemon: ‘The Biggest Terror Threat in This Country Is White Men’ #cnn #fakenews #donlemon pic.twitter.com/zXR9ls8YLC

Despite widespread outrage, Lemon did not apologize for attacking an entire group of people. If Lemon were white and he had said the same thing about a minority group, there’s little doubt that he would immediately have been fired.

Just look to Roseanne Barr and Megyn Kelly as examples — each were summarily fired for making a single statement that liberals deemed racist because they referenced black people.

As BizPac Review reported, Lemon said we should never demonize any group of people — and then immediately demonized all white men.

“I keep trying to point out to people not to demonize any one group or any one ethnicity,” Lemon told CNN pundit Chris Cuomo. “The biggest terror threat in this country is white men — most of them radicalized to the right. And we have to start doing something about them.”

Lemon — who has a live-in white boyfriend — made the remarks while insisting that Americans should not worry about the mass caravan of illegal migrants en route to the United States to demand entry.

There are now 4 separate caravans marching toward the U.S. border — waving the flags of their countries of origin like an invading army.

Don Lemon said these caravans of migrants — which Guatemalan officials confirmed contain child smugglers and MS 13 gang members — pose no danger to the U.S., because the real danger is white men.