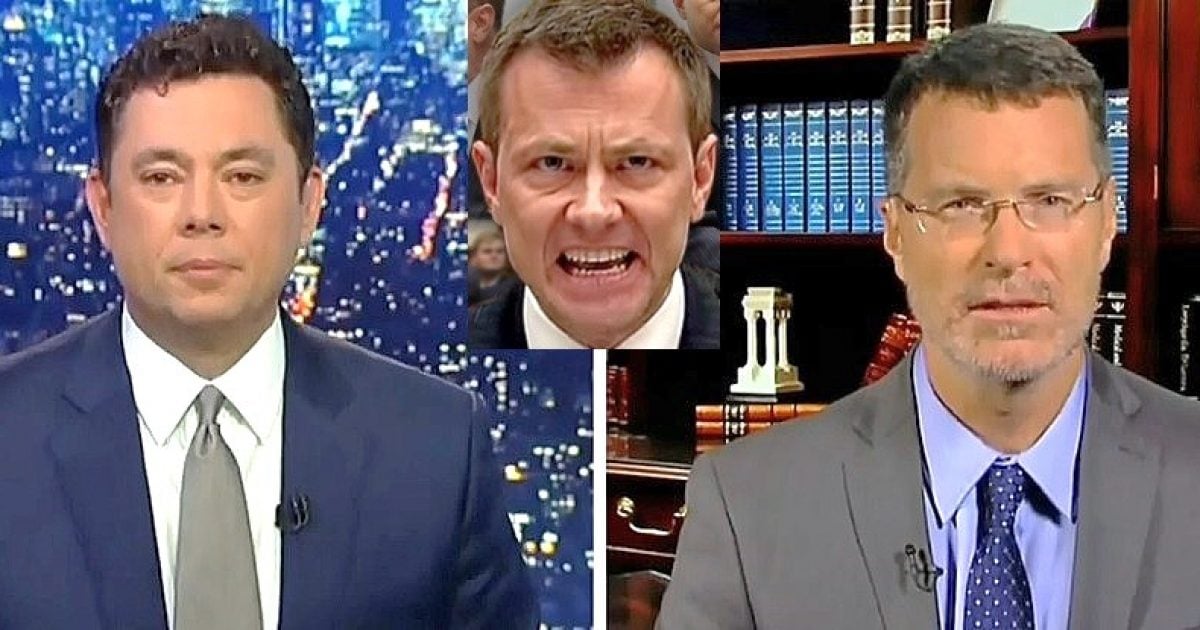 Less than 1% of Hillary Clinton’s emails discovered on the laptop of Anthony Weiner, a convicted sex offender, were examined by the FBI during its investigation of Hillary’s unsecured, private email server. And it’s all thanks to Peter Strzok and James Comey.

“James Comey told Congress that they had reviewed all of the Clinton emails — hundreds of thousands — that were found on the Weiner laptop. But that was not true,” RealClear Investigations reporter Paul Sperry said on Fox News’ Ingraham Angle. “They barely looked at any of them. Just 3,000 of 700,000.”

This revelation directly contradicts the sworn testimony of fired Obama FBI director James Comey, who told Congress that the FBI had examined all of Hillary’s emails uncovered on Weiner’s laptop. Anthony Weiner is the husband of Hillary’s longtime aide and close friend Huma Abedin.

Even more alarming is the fact that former FBI official Peter Strzok — a Hillary superfan who hates Trump — personally handpicked the 3,000 (out of the 700,000 Hillary-related emails) for review.

That’s 0.004% of the total stash the FBI should have looked at. That means more than 99% of Hillary’s emails were never examined before Comey cavalierly closed the investigation of her email server days before the 2016 presidential election.

“3,000 out of 700,000 potentially relevant emails were actually, individually examined for classified information and incriminating evidence,” Sperry said. “Peter Strzok — the disgraced agent who was in charge of this midyear investigation into the Clinton emails — personally handpicked the 3,000 sample.”

Sperry added: “And with two other investigators, they went through them all supposedly, pulled an all-nighter, ordered pizza, and said, ‘Nothing new here. Case closed once again.’”

Former Congressman Jason Chaffetz, who was filling in for Laura Ingraham on her Fox News show, was shocked by the cover-up.

“As the former chairman of the [House Oversight] committee, and as a former member of Congress, how can that be anything other than the director of the FBI lying to Congress and misleading us?” Chaffetz asked.

In November 2016, Republicans wondered aloud how James Comey’s FBI team managed to scour through 700,000 emails in record time before closing the investigation just before the 2016 presidential election.

Now we know it’s because Comey’s FBI never looked at 99.9% of the evidence they uncovered, presumably to clear the way for Hillary’s election as president.

Sperry noted, “[Comey] swore under oath…that there was this miraculous breakthrough in technology that allowed the FBI to process the Weiner laptop for evidence rapidly. It turns out that doesn’t pass the smell test. That didn’t check out.”

Paul Sperry said the cover-up suggests that the corruption in the Comey-Strzok FBI investigation warrants a second independent investigation to re-examine the evidence (all of it, this time) in order to reach an unbiased conclusion.

“This evidence that…has been covered up on this Weiner laptop, is still relevant in the Clinton Foundation probe especially, which is still ongoing,” Sperry said.

“The whole thing raises more suspicions that the FBI politicized these investigations during the election. It just begs for an outside, independent prosecutor to go back through this evidence, through these emails, and see if the FBI was trying to cover up material evidence in this case.”

Peter Strzok was deputy director of the FBI counterintelligence division who helped oversee both the Hillary email investigation and helped launched the FBI’s Trump-Russia probe.

As BizPac Review previously reported, Strzok was removed from Mueller’s fruitless “Russian collusion” probe after 50,000 anti-Trump text messages were uncovered between him and his mistress, former FBI attorney Lisa Page.

In the texts, Strzok and his pro-Hillary lover Lisa Page repeatedly trashed Donald Trump, vowed to keep him from getting elected, and promised to undermine his presidency if he took office.