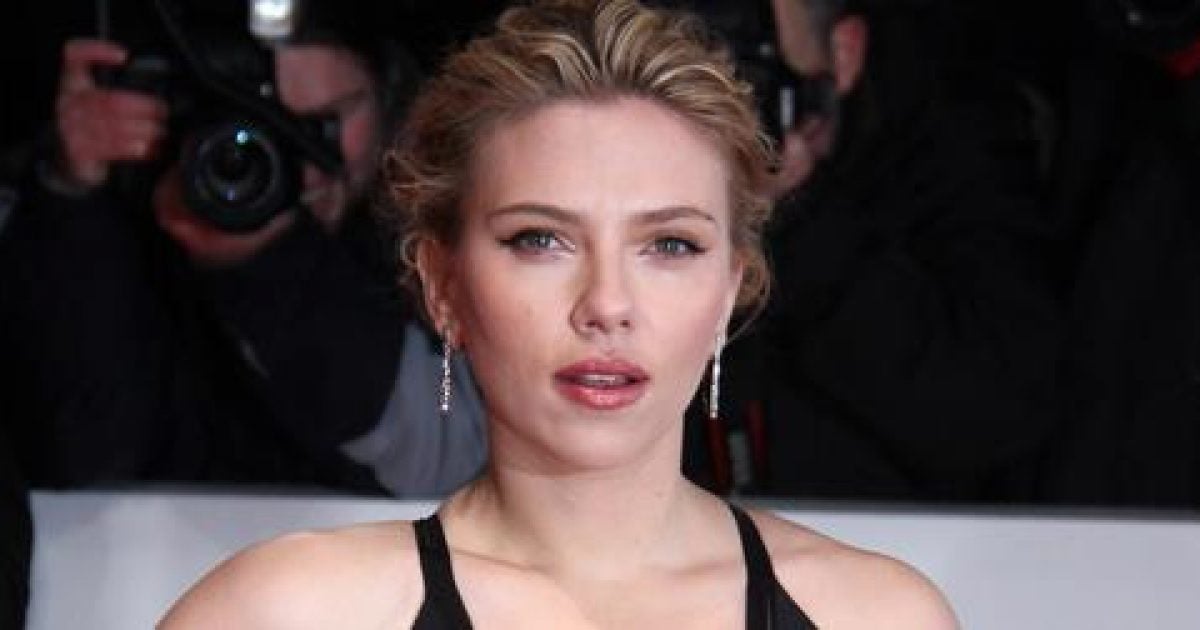 Thanks to the radical far-left’s increasingly harmful obsession with identity politics, award-winning Hollywood actress Scarlett Johansson has effectively been bullied into withdrawing her participation from the upcoming film “Rub & Tug.”

Scarlett, a normal woman, had been set to play the role of a transgender man — i.e., a clinically delusional woman who pretends to be a man — but dropped out of the film Friday after the far-left ravaged her on social media for allegedly promoting the oppression of transgender people.

The left’s nonsensical argument was that only a transgender actress should be allowed to play the role of a transgender man. Never mind that the very purpose of acting revolves around representing/acting like someone else.

Johansson initially responded to the criticism by urging her haters to speak with her representatives: “Tell them that they can be directed to Jeffrey Tambor, Jared Leto, and Felicity Huffman’s reps for comment,” she said.

This alone was enough for far-leftists to don their pitchforks and declare war on her for allegedly being an unrepentant bigot and monster:

Also, “Tell them that they can be directed to Jeffrey Tambor, Jared Leto and Felicity Huffman’s reps for comment.” is she fucking kidding? This is so infuriating.

BAD TAKE FROM SCARLETT JOHANSSON: “Tell them that they can be directed to Jeffrey Tambor, Jared Leto, and Felicity Huffman’s reps for comment.”
If this is how one of my favorite actresses is going to be, she’s lost me as a fan forever.https://t.co/LdYT5IbVz8

You can’t possibly be this stupid. https://t.co/bjr9G6vlem Deadline confirmed her casting. https://t.co/vM4iJ7u2I5 Johannson’s response to the backlash named three cis actors who played trans characters. These contortions to defend her transphobic self-casting are ludicrous.

The woman card is always pulled and she ALWAYS plays it off as getting critiqued cause she’s a woman – she did the same with ghost in the shell. Hey, it’s not a feminist issue. It’s you continuously stealing roles from marginalized identities you dumb bitch

“Tell them that they can be directed to Jeffrey Tambor, Jared Leto, and Felicity Huffman’s reps for comment.”

Fuck you! We were pissed at their casting, too. Their bad behavior doesn’t excuse yours, you asshat. https://t.co/veMMdnQrcj

The irony is that Johansson is herself a far-left loon with a history of siding with wacky left-wing causes, including the ludicrous Women’s March that’s been held annually since 2017 to rebuke President Donald Trump.

Word to the wise: Being a leftist won’t protect you from the mob …

All this criticism apparently got to the Hollywood actress, as she announced Friday to Out magazine that she was dropping out from the film altogether.

“I have great admiration and love for the trans community and am grateful that the conversation regarding inclusivity in Hollywood continues,” she said in a virtue-signaling-laced statement.

“While I would have loved the opportunity to bring Dante’s story and transition to life, I understand why many feel he should be portrayed by a transgender person, and I am thankful that this casting debate, albeit controversial, has sparked a larger conversation about diversity and representation in film.”

Some would argue that it’s this inane “conversation about diversity and representation” that needs to be eliminated. Why? Because who to cast in a film should be based on merit and nothing else.

Leftists disagree, of course. They argue that only transgender actors/actresses should play transgender characters because transgender people need more “representation” in Hollywood. This despite the fact that transgenders as a whole represent only a meager 0.3 percent of the entire U.S. population.

But neither numbers nor reason nor common sense matter to the left.