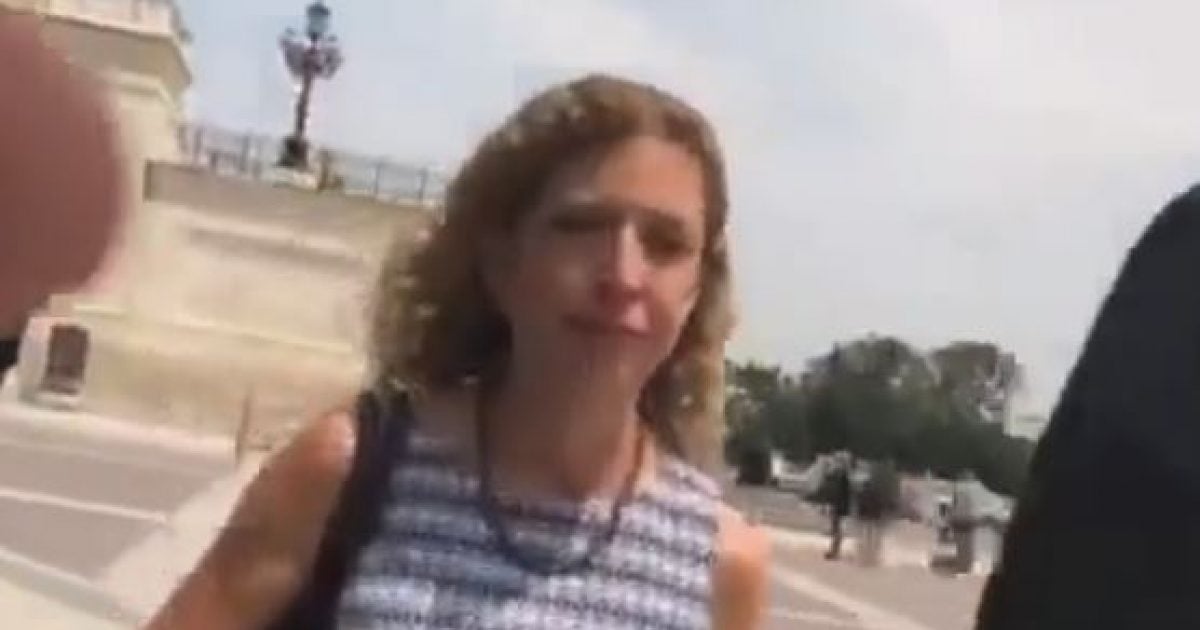 When confronted this week by reporters from The Daily Caller about the growing allegations against her, disgraced former Democrat National Committee chairwoman Debbie Wasserman Schultz reacted by saying absolutely nothing.

The smug Democrat operative didn’t even try to refute the allegations. She just arrogantly walked by the reporters as if she had nothing to prove:

Except that Schultz may just have plenty to prove, particularly if she wants to avoid one day being sent to prison.

The allegations against her include claims that she had tried to shut down the investigation into Imran Awan, the former Democrat information technology aide whom federal officials suspect of illegally accessing congressional servers and stealing House equipment, including possibly an entire server.

When federal authorities first announced their investigation into the then-aide’s family in 2016, Schultz reportedly became “frantic, not normal,” “making the rounds” to House officials in an attempt to kill the investigation, a House employer told The Daily Caller earlier this month.

It’s also been learned that Schultz had been eerily close to Awan and his family, to the point that she reportedly chose the name for his daughter.

A couple of months after the investigation was announced, the server that Awan’s family is suspected of having illegally accessed suddenly disappeared. Though the perpetrators of that theft still remain unknown, it’s strongly suspected Awan either took it himself or took it with the help of a Democrat.

Now fast forward to this past week, when word broke that Awan has been trying to obtain a plea deal with federal authorities regarding charges of bank fraud. He was charged and arrested last year on allegations he acquired home equity lines of credit from the Congressional Federal Union via fraud and then funneled that money to family members in Pakistan.

These charges are unrelated to the separate investigation into him and his family for accessing congressional servers and allegedly stealing House equipment.

In a scathing tweet posted Thursday, however, President Donald Trump urged the Justice Department to NOT accept Awan’s plea deal, claiming that the deal amounts to nothing more than an attempt by Awan to evade justice AND protect Schultz.

It’s clear that Trump is among those who believe Awan stole the server with the help of Schultz. And well, the fact that the most powerful man in America believes the disgraced former DNC chairwoman is guilty of conspiracy and theft is definitely not good news for her.