Selective moral outrage was at peak hysteria over the weekend after it was reported 1,500 unaccompanied illegal alien children were missing and disturbing photos of supposed ‘migrant’ children were floated throughout the internet.

Liberals seethed over images of children locked in “cages” and called out the Trump administration for it’s inhumane treatment of the innocent, only there was one problem … the photos were taken under Obama’s term.

One would think that a former Obama speechwriter would have a handle on what was really going on, but Jon Favreau was one of many to perpetuate the lie: While blue-check Liberals were beginning to understand that they had been duped and tweets like the one above started to disappear, others who weren’t yet in on the game kept their vitriol going and it made for hilarious Twitter mockery.

PBS’s Amna Nawaz inadvertently asked a GREAT question in response to the 2016 photo: Why is it being shared now?

This is from April 2016. Why is this being shared now?

Luckily, there was someone there to fill Nawaz in:

Shhh, it was the Obama admin, the 8 year MSM/POTUS love fest was still going on. The MSM was wearing blinders & doing as they were told. So, continue to ignore it just like it was 2016. After all, BO could not be doing anything that you would not approve of, right? not possible

Why didn’t all these photos of kids in cages outrage liberals when they were actually taken in 2014 when Obama was President?

Favreau tried to clean up his mistake, but still failed: Actor and raging liberal George Takei is so dug-in he’s left his lie-tweet up for all to see:

This administration has shown callous disregard for the sick, the elderly, and the poor. Now we learn it literally has lost 1,475 migrant children and cannot account for them. Nations are judged not by their might, but by how they treat their most vulnerable. #WhereAreTheChildren

Mia Farrow was also called out for virtue signaling off a fake story:

Where were you 4 years ago when this photo was taken?

One of the big problems with migrant story (emphasis on ‘story’) was not only that children in the pictures were from years ago, but that the narrative that they were separated from their parents and missing was also a lie.

These are different. The kids in 1) were not separated from their parents at the border. They crossed the border alien or arrived here without a parent.

ORR’s job is NOT to track and monitor these kids and it shouldn’t be. As my friend said, if there were an issue – abuse, or other wrongdoing – it should go through the appropriate agency: children’s services or what have you. It SHOULDNT GO THROUGH HHS/ORR OR DHS/ICE

Oh, and about that “animals” remark Trump made about the viscous freaks of the MS-13 gang… The newly surfaced pictures put that into new perspective:

Funny how the left and their media cohorts all berated Trump for calling MS-13 members “animals” while Obama was literally throwing children into cages. https://t.co/Muc0nnJhQh

The hysteria became so unhinged when Ivanka Trump dared to post a beautiful photo of herself holding her young son liberals launched an attack, claiming she was mocking the “caged” children by posting the sweet mother-son son moment.

Tuesday morning, President Donald Trump was on it, but his response was unexpectedly mild given the epic crow-eating by Dems going on in every corner of social media. We  honestly expected a bit more gloating after the liberals were shamed so brutally.

Could POTUS be getting more of a Teflon coat or is he just numb to the disgraceful behavior of Dems by now? 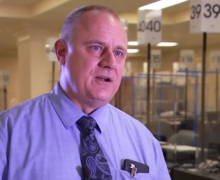