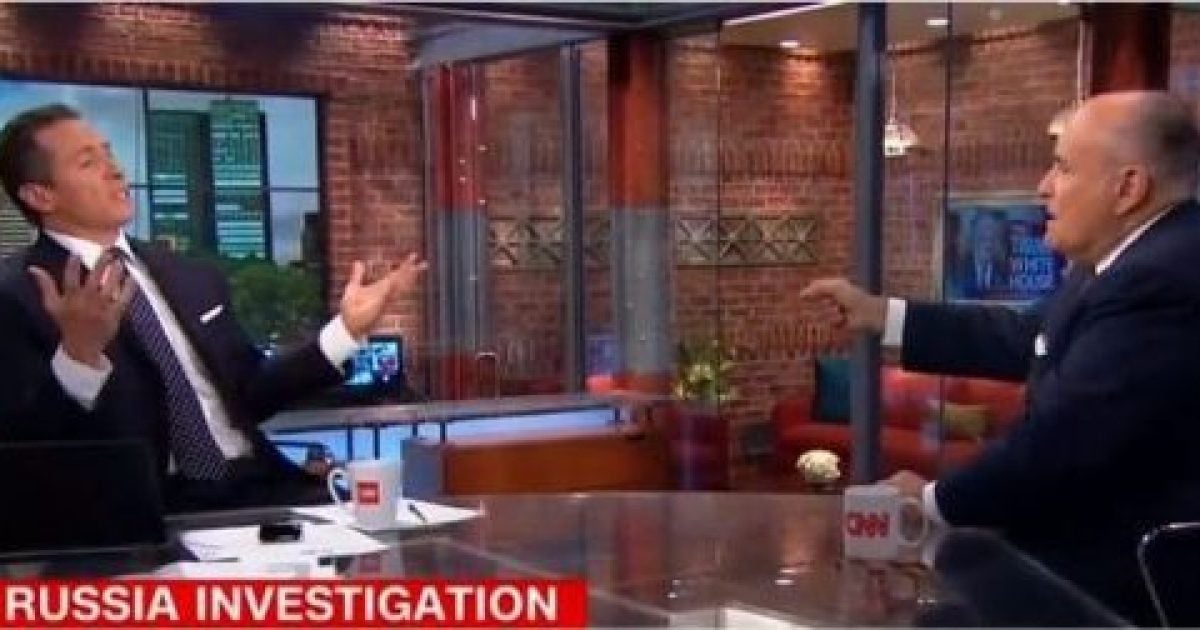 A frustrated Rudy Giuliani gave CNN’s Chris Cuomo and earful after a lengthy interview which he slammed as “unfair.”

After more than 30 minutes of debate by President Donald Trump‘s lawyer and the CNN host, Giuliani cut to the chase, asking if the president ever gets “the benefit of the doubt” on the network.

Cuomo pressed the former New York City mayor on questions about Trump’s firing of former FBI Director James Comey, questioning many of Giuliani’s responses and interrupting him on several occasions to spin the narrative.

Turning the attention to Robert Mueller, Cuomo suggested the president has “been on a little bit of a jihad” against special counsel.

“Does the president ever get the benefit of the doubt with you Chris? Ever? Or on this network? Which is disgusting,” Giuliani interjected.

“I think he gets the benefit of the doubt much more often than you give credit for,” Cuomo said.

“Do you know that most people think that I’m crazy to come on here because it’s so unfair to the president?” Giuliani asked.

“Absolutely,” Giuliani said.  “I don’t think you’ve given me a chance to explain how unjust this case is.”

In another part of the interview, Cuomo tried to play a video reinforcing an argument he was making as he tried to make his points about Trump potentially facing a subpoena from Mueller.

Chris Cuomo tries to confront Giuliani with his past comments on subpoenas for the president, and Giuliani just talks through the video until Cuomo takes it down lmao pic.twitter.com/hl84GXH6pM

“That’s really unfair,” Giuliani fired off at Cuomo after the video clip. “

What you’re doing right now is extremely unfair. It’s the reason people do not come on this show — with all that promoting of Avenatti, the ambulance chaser?!” he said, slamming the network for promoting Stormy Daniels’ lawyer Michael Avenatti.

A recent analysis by the Media Research Center has found Avenatti has made 147 TV interviews on both cable and network television, with more than half of them at CNN.