Is Kanye West coming out of the conservative closet?

The superstar rapper certainly has been throwing liberals into meltdown mode with a series of tweets that support many conservative values, and now he’s gone so far to as profess his “love” for President Donald Trump.

West had expressed his admiration for Trump and aggravation with former President Obama over the weekend to Hot 97 radio host Ebro Darden. According to Darden, West told him he had “reached out to Obama for years and couldn’t get anything done, but Trump gave him a meeting,” the New York Post’s Page Six reported.

“’He [West] said, ‘I do love Donald Trump,’” according to Darden who recounted the interview to the Post. West reportedly told Darden that his job will be to “deprogram” people.

The rapper sent liberals and the media into a tailspin over the weekend when he tweeted his support for black conservative activist Candace Owens. West apparently approved of a viral video where Owens lambasted a group of Black Live Matter activists, telling them to quit their whining and embrace a “victor” mentality rather than a “victim” mentality.

“I like the way Candace Owens thinks,” West tweeted. When the inevitable backlash poured in West doubled down with a series of tweets, one of which bashed the “thought police” for trying to squash differing views. He then tripled down on Monday by tweeting a video of pro-Trump artist and Dilbert creator Scott Adams.

But this isn’t West’s first go-round with politics and presidents.

In 2005, West accused former President George W. Bush of not caring about black people in the wake of Louisiana’s Hurricane Katrina. And his beef with Obama might be spurred by an insult the 44th president levied the rapper’s way, once calling him a “jackass.” In 2005, West was set to perform at the Democrat National Convention with Obama in attendance, but was reportedly ordered that he would not be allowed to “lecture the president.”

And at a November concert, West stunned the audience by voicing his support for Trump. “I told you I didn’t vote,” Kanye said. “But if I voted, I would have voted on Trump.”

Then of course, there were once rumors of West running for president himself. An idea liberals once celebrated, but now shudder.

As far as West being a “true” conservative? It’s unlikely, but he’s certainly opened the dialogue by “accepting” Owen’s politically incorrect take on Black Lives Matter. She’s since asked for a meeting with West to help her open the minds of the black community, many of whom have been tragically dependent on the Democrat’s big-government policies for decades.

In the meantime, independent thinkers and conservatives are enjoying the show, and wondering what tomorrow will bring. 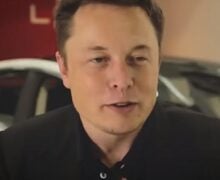