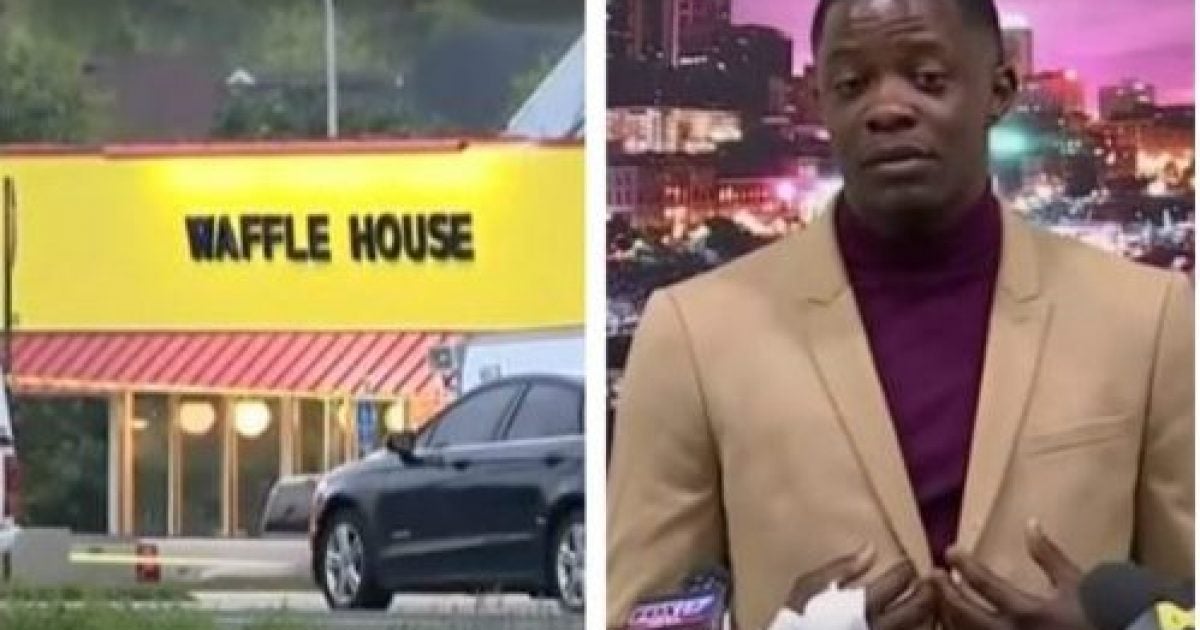 A 29-year-old man saved numerous lives after he took down the shooter who opened fire at a Waffle House in Nashville, Tennessee, Sunday morning, according to police.

This is the Waffle House hero, James Shaw Jr. He tackled the shooter and saved so many lives in the process. Thank you James. And thank you TriStar Southern Hills Medical Center for your wonderful doctors and nurses who quickly took care of his injuries. pic.twitter.com/kKORfI24G1

James Shaw Jr. saw a chance to take down the shooter and did not hesitate, he said. The gunman entered naked except for a green jacket, which he later took off and opened fire, killing four people and injuring at least three others before Shaw Jr. was able to get the gun away from the shooter, WBIR 10 News reported.

Investigation on going at the Waffle House. Scene being processed by MNPD experts. This is the rifle used by the gunman. pic.twitter.com/lihhRImHQN

“I was just trying to get myself out. I saw the opportunity and pretty much took it,” Shaw Jr. said in an interview with WBIR 10 News. “I don’t know if it has hit me yet as far as witnessing other people dying,” he continued. “It’s kind of, it shouldn’t have happened. When I was in the ambulance to hospital, I kept thinking that I’m going to wake up and it’s not going to be real. It is something out a movie. I’m OK though, but I hate that it happened.”

The shooter was identified as 29-year-old Travis Reinking from Morton, Ill. He escaped Waffle House on feet and remains on the loose.

BREAKING: Travis Reinking, 29, of Morton, IL, is person of interest in Waffle House shooting. Vehicle the gunman arrived in is registered to him. Gunman last seen walking south on Murfreesboro Pike. He shed is coat and is nude. See Reinking? Pls call 615-862-8600 immediately. pic.twitter.com/duoWCo5fC0

Shaw Jr. injured his elbow and also suffered from some abrasions. He was taken to a local hospital and treated for minor injuries and released.