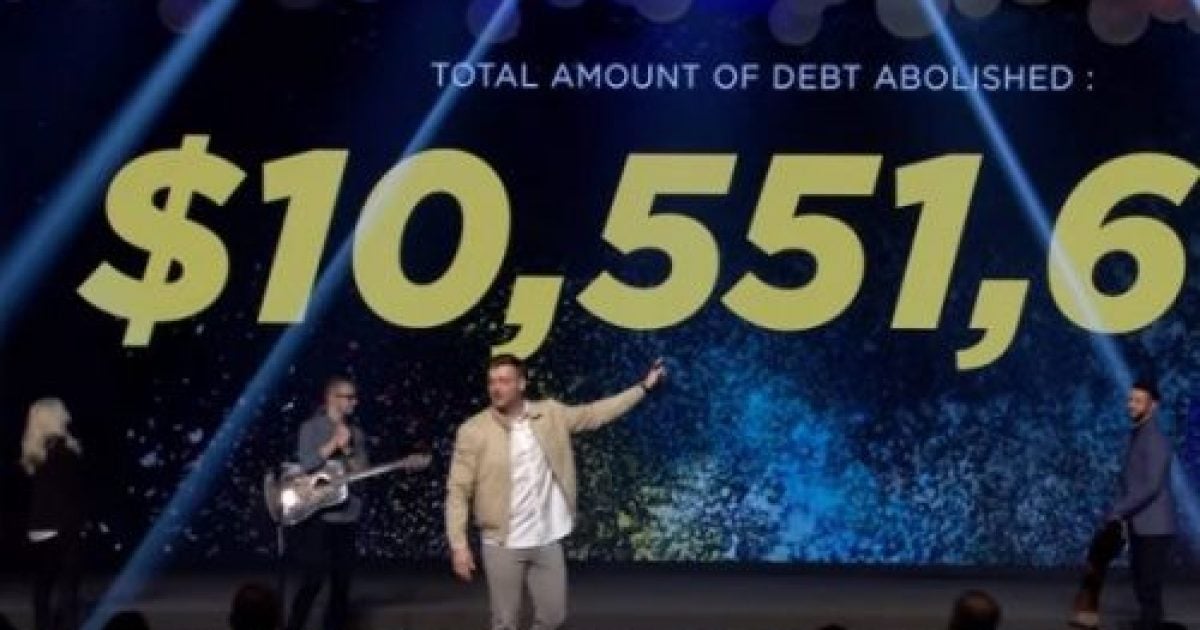 A church in Texas raised money for a debt forgiveness charity and ultimately eliminated over $10 million in medical debt for over 4,000 veterans and families.

Covenant Church, under the leadership of Pastor Stephen Hayes, donated $100,000 to RIP Medical Debt, according to Fox News. The nonprofit is a former debt collection agency that is now a debt forgiveness charity. Every one dollar donated to the organization translates to $100 of debt they are able to cancel on someone else’s behalf.

“Not only is the debt itself gone and paid, but also, any negative impact that debt has had on their credit history is wiped clean. It’s the easiest decision we’ve ever made,” Hayes told The Stream.

Hayes told The Stream that his family’s personal experience with medical debt inspired him to lead his church to serve their community in this way. A car struck Hayes when he was 17 years old as he was crossing a street. His parents, Dr. Mike and Kathy Hayes, who founded the church in 1975, stayed at his hospital bedside and prayed constantly for 12 days for miraculous healing while Stephen lay in a coma.

Mike and Kathy’s prayers were answered and Stephen awoke on the twelfth day. They faced a long road of recovery for Stephen and massive medical bills as a family.

The church came to the Hayes family’s rescue and collectively raised enough money to help them cover their medical expenses.

“My family has known the crushing weight that can come with medical debt,” Hayes told The Stream. “I felt strongly that the ability to buy it for just one penny on the dollar was not just a great opportunity, but also an act of good stewardship.”

Hayes intended the church’s act of kindness to demonstrate true Christianity to households in the surrounding community even before they come to the church.

“We want to show the community we care — because we actually do! For those that are in our communities, if we show them what it means to be a Christian before they ever step foot in one of our churches, we believe that will have a greater impact than trying to show them afterwards,” Hayes said.

The church worked together with RIP Medical debt to locate every veteran saddled with medical debt in a 20 mile radius of the church’s four locations. The church’s donation helped the organization buy and forgive the debt of each one of them and many other households in the area. They were inspired to do so partially because veterans are one of the organization’s focuses and also because Hayes’ grandfather is a veteran.

Covenant Church, which is comprised of four campuses in the Dallas area, ministers to a total congregation of more than 10,000 people. Hayes’ father, Mike, who is also a pastor, is co-founder and president of the U.S. church network Churches In Covenant International. Mike began the HelpChurches.org relief fund in 2017 to aid churches affected by hurricanes, as well as to help victims of California wildfires and of the Mandalay Bay massacre in Las Vegas.

“Our prayer to God in the past has been ‘Give us our city.’ We recently have changed that prayer to ‘God, give us to our city,’” Hayes told Fox News.