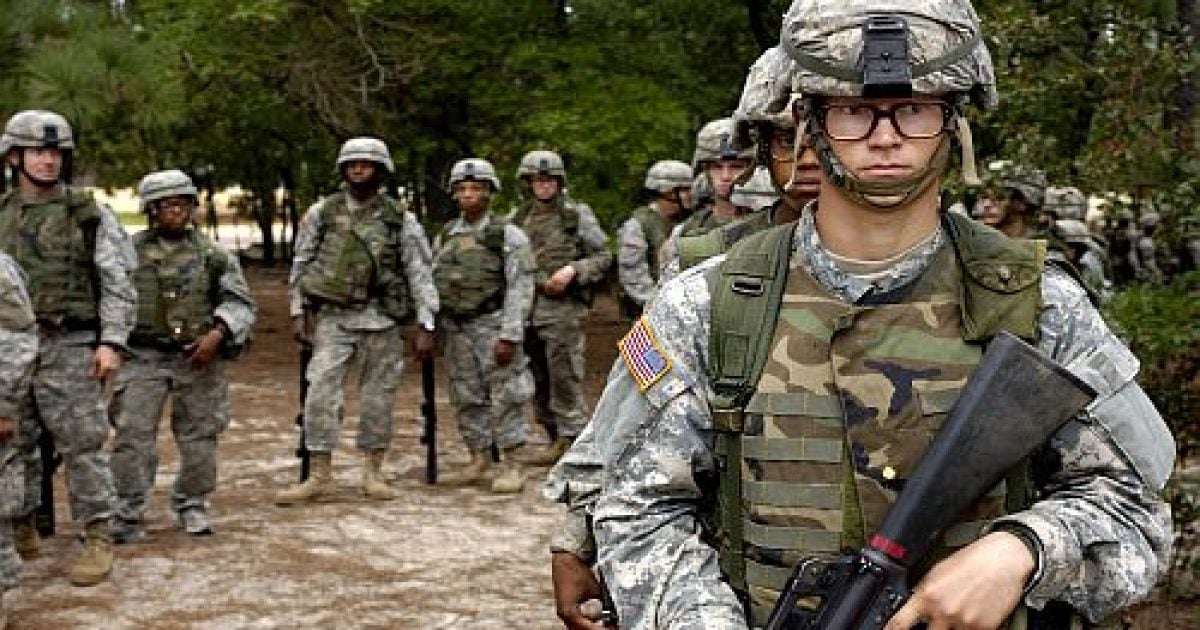 Proclamation by @realDonaldTrump doesn’t actually send National Guard troops to the border. Because @POTUS is using Title 32 authority–instead of federalizing the Guard under Title 10–this is a REQUEST for state Governors to send troops.

“Because @POTUS is using Title 32 authority–instead of federalizing the Guard under Title 10–this is a REQUEST for state Governors to send troops,” said the tweet.

Trump’s memorandum requires the consent of governors to send National Guard troops to the border. If governors refuse, he could try different legal tools to deploy the Guard.

Lieu sent the tweet after Trump signed a memorandum Wednesday requesting the use of the National Guard to help fight drug trafficking, illegal immigration and gang activity at the border. Oregon Gov. Kate Brown also said Wednesday that if Trump asked her to deploy Oregon National Guard troops to the border, she would refuse.

The National Guard is unique from other military branches in that operates under both state and federal authority. The geographically diverse guard troops can bridge the “zone of ambiguity” across governments to more effectively respond to natural disasters or other emergencies. Guard troops primarily serve their state but answer to both their governor and the president.

Lieu is correct that the authority Trump cites in his memorandum allows governors to refuse the request to send National Guard troops to the border.

The president can legally utilize the Guard though two legal statues: Title 32 or Title 10.

Title 10 of the U.S. Code federalizes the Guard and gives the president full control of the troops. Federalized Guard troops may be deployed anywhere in the world.

Under Title 32, Guard troops may be used within the continental U.S. to perform homeland defense activities. The federal government pays for the costs of the operation, but the governor retains ultimate command and control of the troops.

Trump’s memorandum specifies that his administration will use Title 32 to request Guard troops at the border, meaning that the governors must consent. Homeland Security Secretary Kirstjen Nielsen noted Wednesday that the federal government plans to work closely with governors.

President George W. Bush and President Barack Obama also used Title 32 to deployNational Guard troops to the border in 2006 and 2010.

Governors have refused presidential requests to deploy National Guard troops in the past. Gov. Arnold Schwarzenegger declined to send additional National Guard troops to the California-Mexico border in 2006, citing concerns that other parts of the state could be vulnerable in the case of a natural disaster.

While Title 32 does not give the president full command of Guard troops, it allows for more flexibility in the type of work that the forces may do. “The benefit of the Title 32 status from the perspective of the feds is those soldiers are not constrained by the Posse Comitatus Act,” William Banks, a law professor at Syracuse University and retired director of the college’s Institute for National Security and Counterterrorism, told The Daily Caller News Foundation.

The Posse Comitatus Act prohibits military participation in civilian law enforcement activities. Title 32 provides an exception to that rule, but Title 10 does not.

If a governor refuses to deploy the National Guard, Trump may use other strategies to legally utilize those troops at the border. George Mason University Law Professor Timothy M. MacArthur and Managing Attorney Leigh M. Winstead of the Mason Veterans and Servicemembers Legal Clinic said that the simplest solution would be to limit the work that the troops do so that he can utilize Title 10 instead.

“If those troops are acting in a passive, supportive capacity, rather than active law enforcement, the President does not run afoul to the Posse Comitatus Act,” they told TheDCNF in an email.

Presidents in the civil rights era also used the Insurrection Act to get around Posse Comitatus restrictions to mobilize troops when governors objected.

“One of the most notable examples of a president overriding a governor’s refusal to mobilize the National Guard was in 1957 when President Eisenhower federalized the Arkansas National Guard to protect nine African-American students integrating into a previously all-white high school in Little Rock,” MacArthur and Winstead said.

Banks said that while it is legal, deploying the National Guard to the border raises some tactical issues. “People in military uniforms generally don’t enforce the law … there’s just a cultural aversion to that,” he said. “Even if these men and women have the legal authority to do some things beyond what they were trained to do, there could be some challenges in operationalizing orders.”

Nielsen said on “Fox and Friends” Thursday that the Guard troops would act in support functions to “free up the border patrol to do what they do best,” similar to the operations in 2006 and 2010 when the forces operated under limited rules of engagement.

It is not clear whether the Oregon governor will be asked to deploy any troops since the state does not share a border with Mexico. Trump said Thursday that he plans to send 2,000 to 4,000 National Guard troops to the border. The governors of Texas, New Mexico and Arizona have expressed support for the deployment, but California Gov. Jerry Brown is undecided.