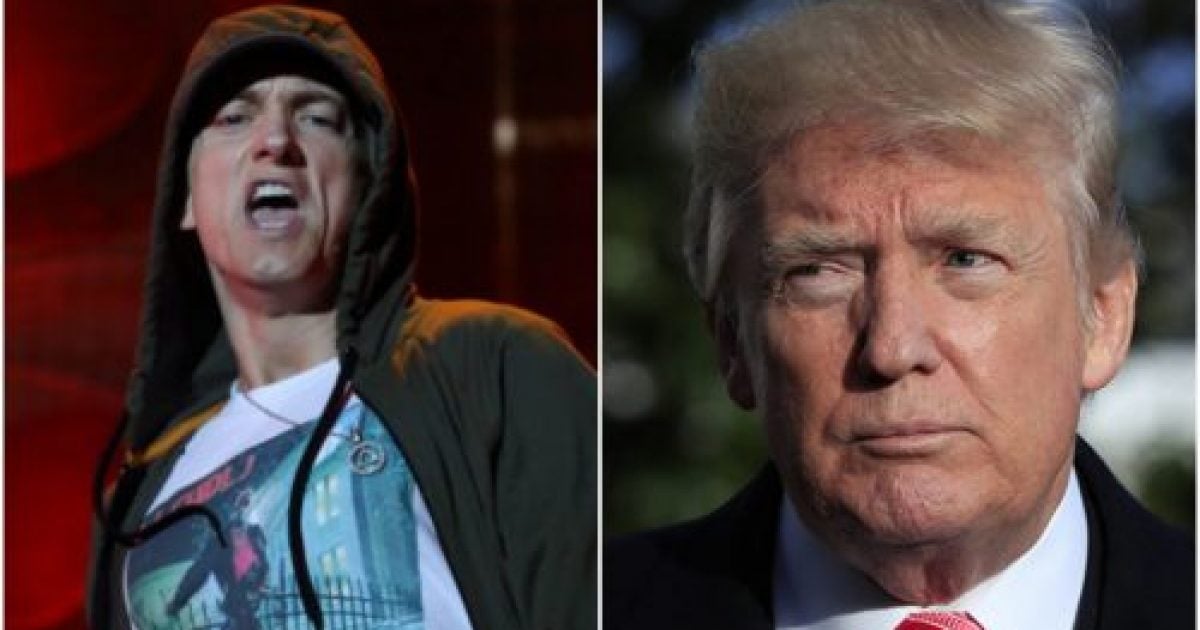 While Eminem’s net worth is estimated to be around $190 million, you will have to excuse the foul-mouthed rapper if math isn’t his strong suit.

Marshall Bruce Mathers III, aka Eminem, stumbled onto a truth about today’s society when he shared his views on President Donald Trump, saying the president doesn’t “give a f*ck about anybody else in America” except for his base.

The brilliant analogy looks past the simple reality that whether or not some folks see Trump as their president, he still hangs his hat at 1600 Pennsylvania Avenue.

“As long as he’s got his base, he does not give a f*ck about anybody else in America,” the recording artist continued. “But guess what? There’s more of us than there are of them.”

Looking past the fact that Trump’s base is what, 50 million-plus strong, which makes for quite a base, the fact that anyone would look to a rapper — or an actor, celebrity or professional athlete for that matter — to set political discourse in America is a major problem in and of itself.

In other words, as ol’ Eminem would likely say himself, who gives a f*ck what he thinks.

Other than his base, of course.

Fortunately, Eminem’s cry for attention was treated about as seriously as it should have been on social media.

"please please pay attention to me !!!"

Big talk from a culturally appropriating white boy junkie, who celebrates violence against women and has multiple arrests for weapons and assaults.

I'd be interested to know, specifically, how @Eminem is suffering under Trump's leadership.

That’s the smartest thing yiy have ever said. It’s true, President Trump only cares about America. That’s HIS base.

Marshall is so desperate for attention nowadays. https://t.co/J0cCaCAqGA