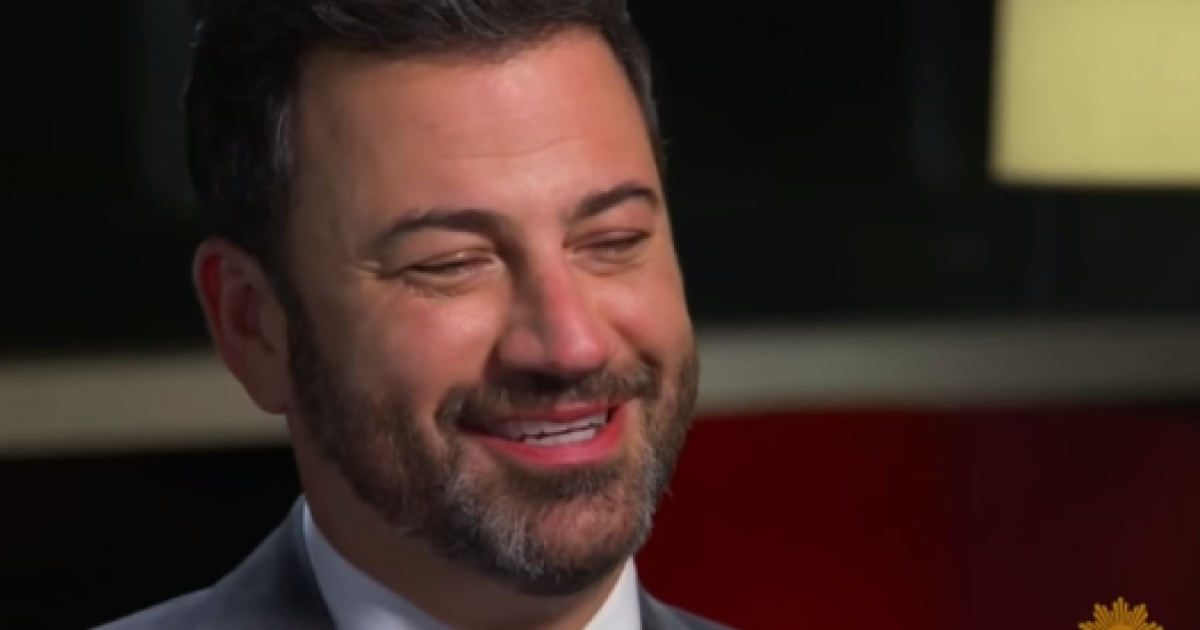 Jimmy Kimmel has a theory on why most talk show hosts are liberals.

They’re smarter than the rest of us, don’cha know…

“It just so happens that almost every talk show host is a liberal and that’s because it requires a level of intelligence,” the Jimmy Kimmel Live host said at a Saturday night live event for the liberal podcast “Pod Save America.”

“It just so happens that almost every talk show host is a liberal and that’s because it requires a level of intelligence” – @jimmykimmel @PodSaveAmerica live pic.twitter.com/yNKbpzVNUp

The podcast, hosted by former Obama officials Jon Lovett, Jon Favreau, and Daniel Pfeiffer, is billed as “a no-bulls— conversation about politics that breaks down the week’s news and helps people figure out what matters and how to help.”

Apparently, Americans are too dumb to “figure out” much of anything without the gracious wisdom of our intelligent talk show host masters.

At any rate, stay classy, Kimmel. It’s clear that this uber-intelligent late-night host doesn’t want half of America to watch his show anyway. Last October, Kimmel told conservatives upset over his rabid anti-gun positions “not good riddance, but riddance” as they were leaving his show in droves.

“Three years ago, I was equally liked by Republicans and Democrats,” Kimmel said at the time. “And then Republican numbers went way down, like 30 percent, or whatever. And you know, as a talk show host, that’s not ideal but I would do it again in a heartbeat.”

That moment when Jimmy Kimmel called half the country (and his potential audience) unintelligent. https://t.co/kfJsMs2AwT

This is what Kimmel, a college dropout, really thinks of anyone who isn't liberal & watches his show. https://t.co/2Nt0bD0ISn

Jimmy Kimmel dated Sarah Silverman. So that throws that intelligent thing right out the window

Really? Because Kimmel's a host and is stupid enough to think political party is a proxy for intelligence.

How does this jibe with his Neanderthal misogyny on THE MAN SHOW? https://t.co/u2FCt8PAhD

Finally, we’ll end with the best reaction yet…