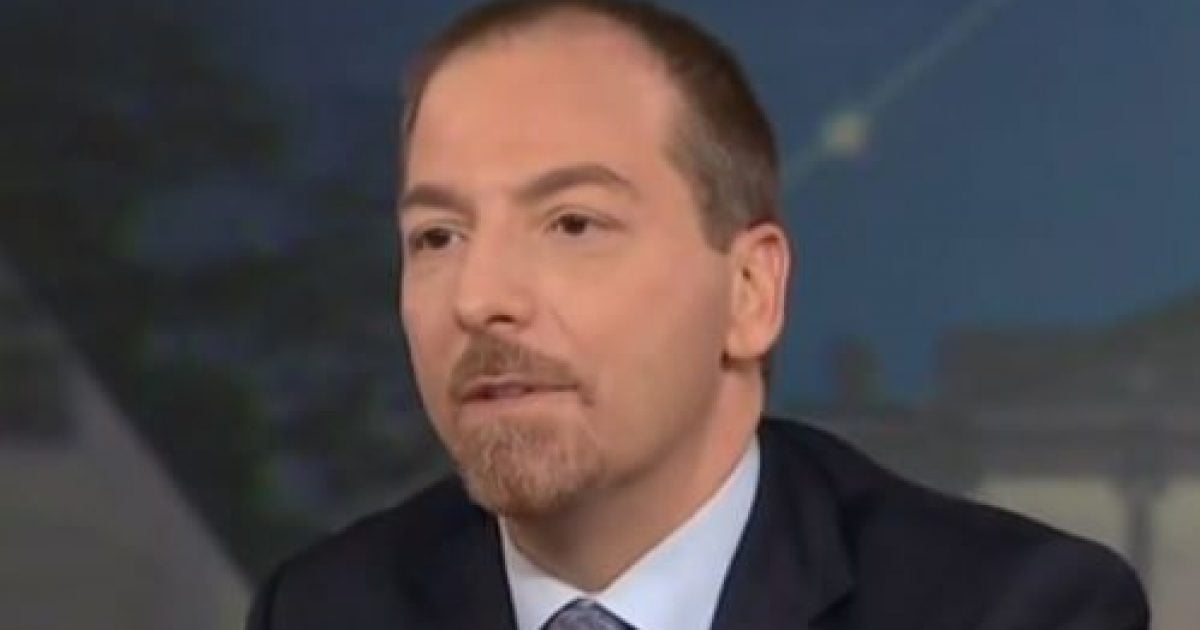 GOP Congressmen Jim Jordan and Mark Meadows appeared on MSNBC’s Meet the Press Daily on Friday to talk with host Chuck Todd about the recently-released Nunes memo, but what they likely didn’t count on was Todd’s reaction to the stunning fact that the FBI used DNC and Clinton campaign funded “opposition research” as the underlying basis for FISA applications on Trump campaign team members.

So what was Todd’s reaction to this bombshell news that severely undermines the credibility of any investigation into the Trump campaign?

OK, he didn’t exactly say those words, but listen to the exchange below and tell us that’s not what the MSNBC host meant.

“He’s a paid informant,” Jordan said of the notoriously anti-Trump Christopher Steele, who wrote the salacious “Trump dossier” upon which the investigation was founded and “most likely” paid Russians for the information. “Paid for by Fusion GPS so we know that took place and they did not share the fact that the DNC was paying Fusion and paying Chris Steele when they took the application to the FISA court.”

“Just because something is made by a political partisan or just because somebody sees evidence that scares them and suddenly they become biased against the individual they are investigating, how does that undermine the facts that they have found?” Todd asked.

“There is evidence,” Meadows added. “Here is what we — not only in this memo, but when you look at the facts, everything revolves around a single source. A single source that continued to put it out with multiple people to appear that there were multiple sources. But — and in actuality it comes back to one particular paid operative.”

“An officer of the court has an obligation to share critical information with the court,” Jordan said. “Four different occasions they did not share the fact that the DNC paid for the dossier.”