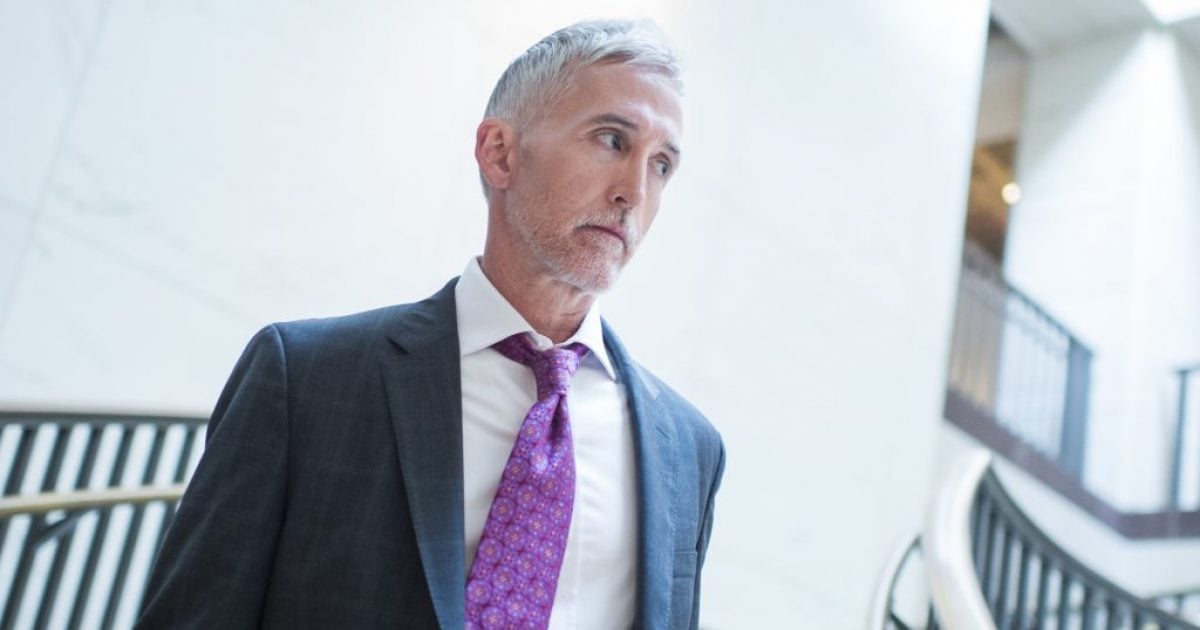 Rep. Trey Gowdy made the announcement conservatives were dreading.

The South Carolina Republican announced Wednesday that he will not be seeking re-election at the end of his term and is retiring from politics completely, at least for now.

“I will not be filing for re-election to Congress nor seeking any other political or elected office; instead I will be returning to the justice system,” Gowdy said in a statement.

There is a time to come and a time to go. This is the right time, for me, to leave politics and return to the justice system. Full statement here → pic.twitter.com/7I8AApqvs1

“Whatever skills I may have are better utilized in a courtroom than in Congress, and I enjoy our justice system more than our political system,” the 53-year-old chairman of the House Oversight Committee said. “As I look back on my career, it is the jobs that both seek and reward fairness that are most rewarding.”

A member of the House Intelligence Committee, Gowdy has been advocating for the release of the Committee memo on alleged government surveillance abuses. President Trump appeared to agree “100 perecnt” to release the FISA memo during his post-State of the Union speech handshaking.

Gowdy had also been a vocal critic of FBI investigations of Hillary Clinton’s email server and the investigation into alleged Russian meddling in the 2016 election.

Elected to Congress in 2010, the former federal prosecutor gained popularity with conservatives as a member of the Oversight Committee, aggressively looking into scandals that rocked the Obama administration including serving as the chairman of the House Select Committee on Benghazi.

The House will be losing more than 30 Republicans who are retiring or running for another office at this critical time for the GOP as Democrats hope to take back the House by flipping 24 seats.

The National Republican Congressional Committee is hopeful that Gowdy’s seat will be retained by a Republican.

“He will be sorely missed in Congress, and I wish him and his family success in their future endeavors,” Committee Chairman Steve Stivers said of Gowdy in a statement, according to Fox News. “The NRCC is confident this seat will stay solidly in Republican control in November.”

This is a breaking news story. More information will be provided as forthcoming.