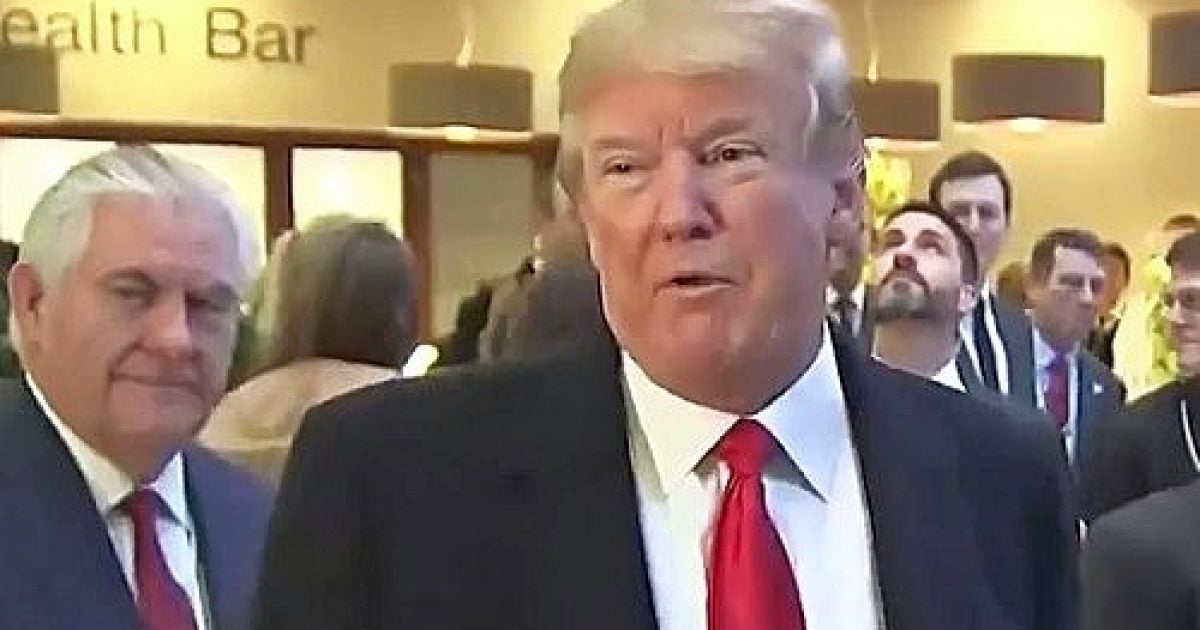 “Fake news … My message is peace and prosperity, that is what we have,” Donald J. Trump said when asked about allegations he attempted to fire Robert Mueller, the special counsel overseeing the Russia investigation. pic.twitter.com/i79K7M2cVE

Trump’s latest denial reaffirms his statements from December 16, 2017, when Trump attorney Ty Cobb denied false media reports claiming the president was definitely going to fire Mueller the week before Christmas. As it turns out, Mueller was not fired in December, nor has he been fired since.

In this latest iteration of the Mueller’s-going-to-be-fired narrative, anonymous sources told the New York Times that they heard secondhand from other unnamed sources that Trump had “ordered” Mueller’s firing, but decided against it after White House counsel Don McGhan threatened to quit if Trump did so.

The NYT claims Trump “ordered” Mueller’s firing, citing conflicts of interest. Mueller was FBI director under Barack Obama, and is longtime friends with James Comey, another Obama FBI director whom Trump fired in May 2017.

Mueller was appointed to lead an investigation into alleged Russian election meddling by Deputy Attorney General Rod Rosenstein (another Obama holdover) in May 2017.

Among the things Mueller is investigating are claims by Democrats that President Trump “obstructed justice” by firing James Comey.

Many legal experts agree that Mueller investigating the guy who fired his close friend Comey is an obvious conflict of interest. What’s more, the president of the United States has the authority to fire an FBI director for any reason, especially if he’s a holdover from a previous administration.

Interestingly, this latest Mueller story leaked just as bombshell revelations surfaced that a “Secret Society” existed within the upper levels of the FBI and DOJ whose mission was to prevent Donald Trump from getting elected, and to sabotage him if he did.

The revelations were uncovered among the 50,000 text messages sent between Peter Strzok and Lisa Page, the anti-Trump FBI officials who worked on Mueller’s team. Strzok and Page were having an affair while working together on Mueller’s Russia probe.

An additional trove of thousands of texts between December 2016 and May 2017 were just recovered by the Department of Justice after FBI officials initially claimed they were lost forever.

Throughout these shenanigans, Robert Mueller has produced no evidence of collusion after an exhaustive, expensive, year-long investigation. President Trump said this week that he’s willing to speak to Mueller under oath because there was no collusion or obstruction.

Meanwhile, Harvard Law professor Alan Dershowitz — an avowed liberal who voted for Hillary Clinton — reiterated that Trump has the constitutional authority to fire Mueller if he wants to, but is glad he didn’t because he should spotlight that he has nothing to hide.

“The president has the authority to fire anyone in the executive branch — the Supreme Court has held that,” said Dershowitz, a Constitutional law scholar (see video starting at 1:20). “On the other hand, it would have been very unwise politically. He’s so much better off taking his current lawyer’s advice as well: Be nice to Robert Mueller, say you have nothing to hide…And try to wrap up the inquiry.”