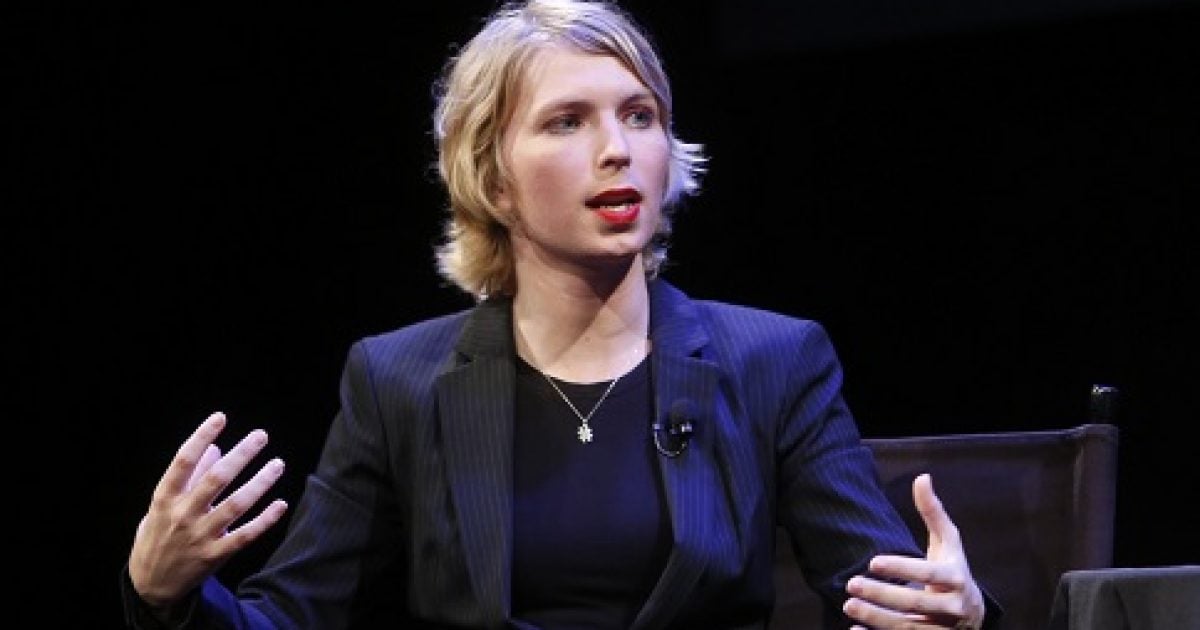 Chelsea Manning has filed to run for Senate as a Democratic candidate in Maryland, but such a run subjects Manning to prosecution for violating Pentagon regulations on political activities, according to former military lawyers.

Manning, the transgender soldier who spent seven years in prison for leaking more than 700,000 sensitive documents to WikiLeaks, recently filed paperwork with the Federal Election Commission and is seeking the Democratic Party’s nomination for the Senate seat in Maryland currently occupied by Democratic Sen. Ben Cardin, a two-term senator.

In a Thursday tweet, Manning posted a certificate of candidacy obtained from the Maryland State Board of Elections, an important and required step in the process of running for Senate. One of the lines of the certificate states: “I am a registered voter and a citizen of Maryland and meet all other requirements for the above listed office.”

The website of the state board shows that Manning filed in Annapolis on Thursday, which is far in advance of the late February deadline and raises the stakes for the Democratic primary in Maryland set to begin at the end of June.

As part of the coverage of Manning’s filing with the FEC and state board, virtually every media organization has declared that Manning is a former Army private. In fact, as the Army confirmed to The Daily Caller News Foundation in September 2017, Manning remains an active-duty soldier, albeit on excess leave and in a non-pay status while his appeal of a general court-martial for violating the Espionage Act and other orders is underway. And as ABC News noted in May 2017, Manning must remain in an active-duty status while the appeal process continues.

Manning was originally sentenced to 35 years in prison, but then-President Barack Obama commuted the sentence as one of his last acts in office, freeing Manning from a military prison in Kansas.

The Army further stated that Manning holds an active-duty identification card and acknowledged his status and access to government health care prior to his release.

While Manning’s felony conviction does not appear to automatically disqualify a run for office, his active-duty status presents a much more troubling issue. Such a status, in other words, has enormous implications for engaging in any kind of political activity, especially a Senate run.

Dru Brenner-Beck, retired Army judge advocate general and president of the National Institute of Military Justice, told The Daily Caller News Foundation that on the face of it, Manning is prohibited by Department of Defense regulations from running for office while serving in an active-duty capacity. The only exception is if Secretary of Defense James Mattis grants explicit permission, a power that cannot be delegated by a secretary to anyone else.

“That paragraph is punitive and violation of it subjects her to courts-martial for violation of a lawful order or regulation under Article 92,” Brenner-Beck told TheDCNF. “Her activities campaigning for herself and fundraising for herself may also violate other provisions of the DoD Directive, themselves separately punishable under the UCMJ, art. 92.”

Brenner-Beck added that prosecution in this case is a “discretionary decision by her chain of command.”

“It’s prohibited for the obvious reason that you don’t want someone serving two masters on active-duty,” Hansen stated. “But in Manning’s case, it’s less of a concern, because she’s on excess leave – she has less connection with the military than GOP Sen. Lindsey Graham did when he was an Air Force reserve judge advocate general and certainly less than Army Lt. Gen. H.R. McMaster does while serving as national security adviser to Donald Trump.”

If the Pentagon declines to prosecute, it’s possible that other active-duty members of the military will assume that running for office or engaging in political campaigns or advocacy in ways that overstep the bounds of regulations won’t be met with much resistance.

But Hansen doesn’t think someone as outlandish as Manning would inspire other active duty service members to violate DOD regulations and run for political office, in addition to other prohibited forms of political involvement. For Hansen, Manning is a bit of an exceptional case.

Brenner-Beck, however, believes that prosecution under the Trump administration is not out of the question because of Trump’s active involvement in disparaging Bowe Bergdahl, who was on trial for desertion and misbehavior before the enemy in Afghanistan. Brenner-Beck believes Bergdahl represents a blatant example of disregarding the principle of avoiding unlawful command influence. Trump blasted Manning in January 2017 after Obama commuted his prison sentence, calling him an “ungrateful traitor” who never should have been released.

Hansen also warned of the possibility of outside pressure on Manning’s chain of command.

“There’s always the risk that somebody could put pressure on that commander or take it to a higher level and prosecute at that level, so there is a risk of unlawful command influence,” Hansen said. “If someone were to decide that we want to bring charges for Manning on this, that would be the very thing I would look into — who made the decision, why, and was there any outside pressures from above.”

According to Hansen, the Army likely wants the issue of Manning to fade away from the public spotlight rather than having a commander take the time to open an investigation.

In his first interview since filing paperwork with the FEC, Manning denied that the run was merely a PR stunt and insisted that despite Cardin’s popularity and strong base of support, he is dead-set on both running and winning.

“We know it’s a real fight ahead of us,” Manning told The Guardian. “We do want to win, but if we lose our principles then winning wouldn’t matter.”

Manning’s main political positions include closing down all prisons, providing free health care and opening U.S. borders to all immigrants.

“We shouldn’t be denying the absolute right to come into the United States,” Manning told the Guardian. “You have a right, everybody does.”

It remains to be seen how other political entities will handle a prohibited run for office. So far, Democratic Sen. Ben Cardin, the incumbent Manning is attempting to challenge, has only stated: “Senator Cardin is looking forward to a vigorous debate of the issues and a robust conversation with Maryland voters.”

Cardin’s office did not respond to a request for comment on Manning’s eligibility to run, neither did the Democratic Party of Maryland.

Chelsea Manning did not respond to TheDCNF’s request for comment.