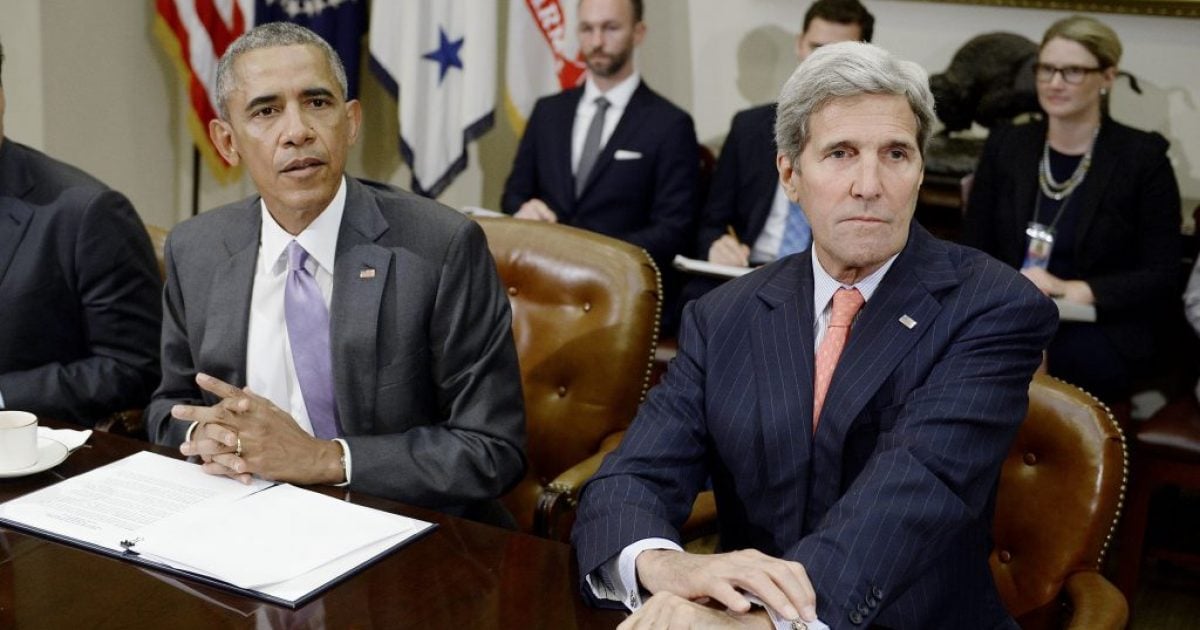 Achieving a nuclear deal with Iran, the world’s leading state sponsor of terrorism, was of paramount importance to former President Barack Obama, who worked hard in the closing days of his administration to cement his legacy.

How far Obama was willing to go to achieve a deal was seen when he flew pallets of cash totaling $400 million to the Persian Gulf country as part of a nearly $2 billion settlement to resolve previous claims.

But a bombshell report from Politico shows this was only the beginning of how far the Obama administration was willing to go.

In order to keep the Iran nuclear deal on track, Obama gave a free pass to Hezbollah’s drug-trafficking and money-laundering operations, including crimes unfolding inside the United States, Politico reported.

A Drug Enforcement Administration campaign, “Project Cassandra,” was launched to target the Iran-backed terrorist group Hezbollah’s illicit networks, tracing the actions “to the innermost circle of Hezbollah and its state sponsors in Iran,” according to the online political news outlet.

And that’s when the Obama administration began “derailing” Project Cassandra.

But as Project Cassandra reached higher into the hierarchy of the conspiracy, Obama administration officials threw an increasingly insurmountable series of roadblocks in its way, according to interviews with dozens of participants who in many cases spoke for the first time about events shrouded in secrecy, and a review of government documents and court records. When Project Cassandra leaders sought approval for some significant investigations, prosecutions, arrests and financial sanctions, officials at the Justice and Treasury departments delayed, hindered or rejected their requests.

The Justice Department declined requests by Project Cassandra and other authorities to file criminal charges against major players such as Hezbollah’s high-profile envoy to Iran, a Lebanese bank that allegedly laundered billions in alleged drug profits, and a central player in a U.S.-based cell of the Iranian paramilitary Quds force. And the State Department rejected requests to lure high-value targets to countries where they could be arrested.

“This was a policy decision, it was a systematic decision,” Asher said. “They serially ripped apart this entire effort that was very well supported and resourced, and it was done from the top down.”

The closer Obama got to cementing the Iran nuclear deal, Asher said, the more difficult it was to conduct their investigation into Hezbollah activities.

“The closer we got to the [Iran deal], the more these activities went away,” Asher told Politico. “So much of the capability, whether it was special operations, whether it was law enforcement, whether it was [Treasury] designations — even the capacity, the personnel assigned to this mission — it was assiduously drained, almost to the last drop, by the end of the Obama administration.”

When Obama announced the deal in January 2016, Project Cassandra “was all but dead,” with top officials transferred to other assignments, Politico reported.

To this day, courtesy of Barack Obama’s legacy, Hezbollah undermines American interests in the Middle East and around the world, including providing weapons and training to anti-American Shiite militias.