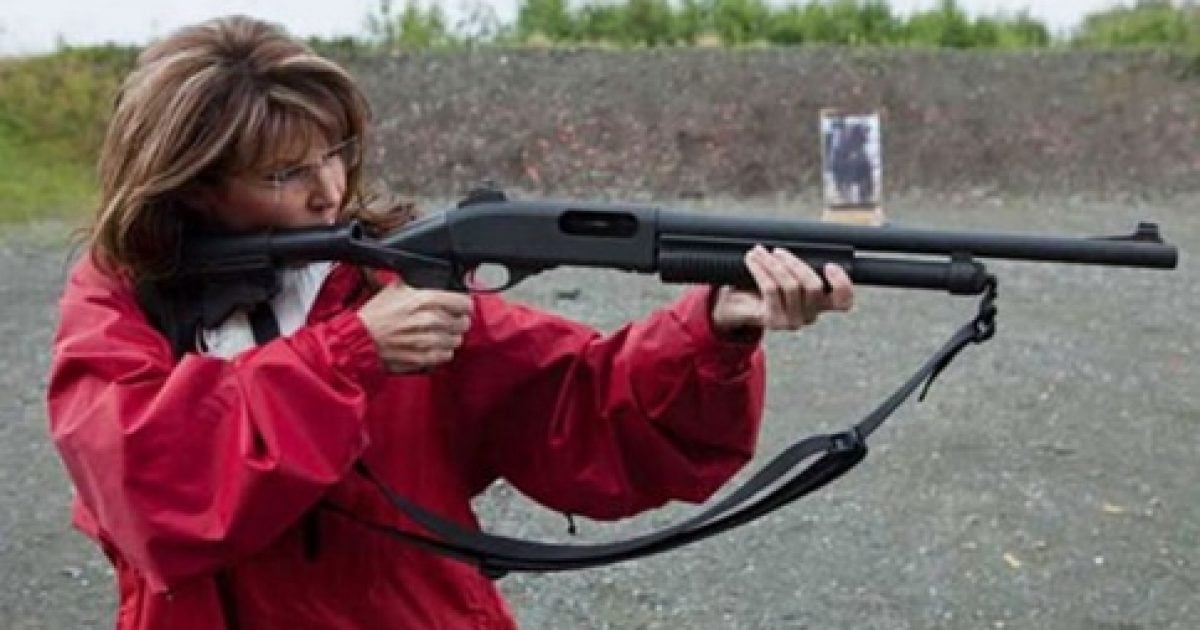 Leave it to Sarah Palin to cut straight to the chase.

When reporters asked the former Alaska Governor and Vice Presidential nominee if she’s ever been sexually harassed at work, her response was epic.

Her discussion with NBC was short and sweet:

Reporter: “Have you ever experienced sexual harassment in the workplace as an ambitious woman in public life?”

Palin: “You know, I think a whole lot people know that I’m probably ‘packing’ – so, I don’t think there’s a whole lot of people who would necessarily mess with me.”

Governor Palin perfectly explained–in no more than a sentence–yet another reason why the Second Amendment is so important. Bravo!

If our politicians were really interested in protecting women, they’d make it easier for them to protect themselves.

The conservative icon’s incredible remark came in response to a question about her take on the Al Franken groping and sexual harassment allegations.

Governor Palin made clear the importance of keeping the issue of sexual abuse non-partisan.

“It’s very important that we’re consistent and that double standards aren’t being applied,” she said. “It’s not a partisan issue.”

Palin also wisely spoke about the danger of false accusations.

“In some respects, it’s great that finally people are talking about this issue because it’s gotta stop. If we truly are one standing up for equality in the workplace, the only way that we’re going to really see manifested equality is for that practice to stop. …

“Though floodgates are really opened right now that could lead to a lot of false accusations that really harm an innocent person.”

In this chaotic political climate, Governor Palin’s common sense is a breathe of fresh air.