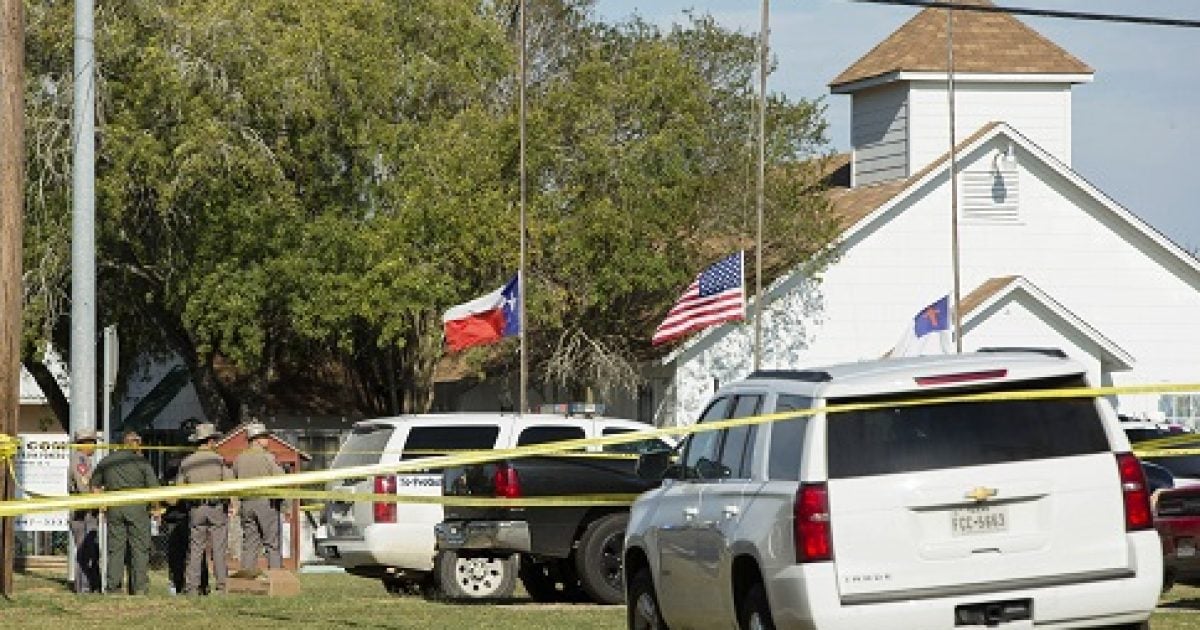 The director of women’s and gender studies at Pennsylvania’s Kutztown university is blaming “toxic masculinity” for “killing everyone,” including, apparently, the 26 people gunned down in a Texas Baptist church last week.

Which drew the attention of Fox News host Tucker Carlson, who invited Clemens on his show to discuss her accusations. Clemens turned down the invitation because she reportedly “feared for her safety.”

Carlson did discuss the issue with Catalina Magazine publisher Cathy Areu, who pointed out that “toxic masculinity” is a ‘thing’ because “men are more violent than women.”

“We definitely have a problem with men in this country. Men are committing the murders,” Areu pointed out.

Cathy Areu on professor's "toxic masculinity" comments: "We definitely have a problem with men in this country. Men are committing the murders." #Tucker pic.twitter.com/yRIiMia7ku

A charge that has gained steam as of late from the Left:

Of course, liberals love to point out patterns, as long as they fit the narrative they want to push. However, isn’t blaming men, the vast majority of whom are non-violent and non-criminal, for “committing the murders” the same as blaming all Muslims for terrorism because most terrorists are Muslims? Or even drilling down and blaming all black men for certain crimes because a higher percentage of black men are in prison for those crimes?

Clemens later tweeted, “ad hominem attacks are petty and useless. Engage with my ideas? All for it. Trolls need not apply. Feel free to continue making assumptions about me. But in the meantime, I will be teaching while you sit around tweeting. SAD!”

Finally, as far as “toxic masculinity” goes, Chadwick Moore has this engagement for your idea, professor: