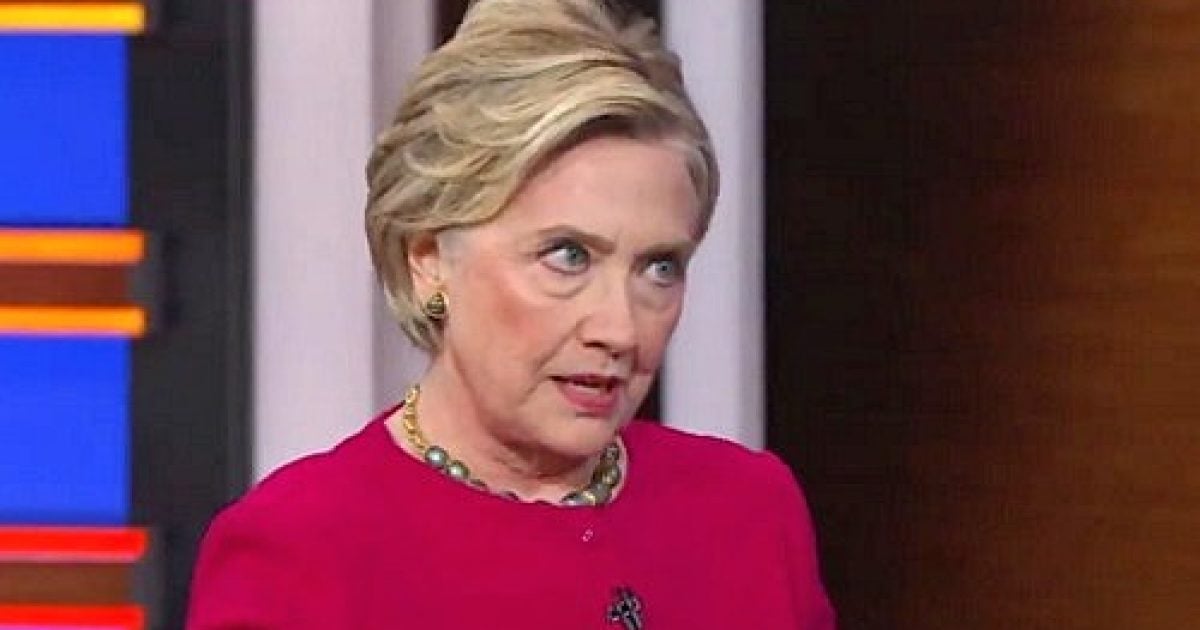 Hillary Clinton downplayed the money her campaign and the DNC paid to foreign agents to compile a dossier containing unsubstantiated smears against GOP nominee Donald Trump.

“Of course there is [a difference between the paying for the dossier and Russian collusion],” Clinton told Comedy Central host Trevor Noah.

Hillary bleated the Democratic talking point that the seedy “Trump dossier” was merely “opposition research.” She pointed out that the oppo research (that later spawned the dossier) was originally launched by Never-Trumper Republicans at the Washington Free Beacon.

For context, Matthew Continetti — the editor-in-chief of the Washington Free Beacon — is the son-in-law of Bill Kristol, a Never-Trumper who’s an editor at the Weekly Standard. Both did everything they could to make sure Trump would lose the election.

“It was research that was started by a Republican donor during the primary, and then when Trump got the nomination for the Republican Party, the people doing it came to my campaign lawyer and said, ‘would you like us to continue it?’” Clinton said.

Clinton then claimed the Trump dossier didn’t become public until after the election, so it couldn’t possibly have influenced voters. That is 100% false: BuzzFeed and CNN both breathlessly reported on the “Trump dossier” even though they admitted they could not verify its claims.

“So this thing didn’t come out until after the election and it’s still being evaluated,” Hillary said. “But the fact of the FBI investigation into the Trump campaign and Russia should have come out.”

Hillary glibly glossed over the fact that her campaign and the Democratic National Committee paid big for the discredited “Trump dossier” that the Dems and the liberal media used to promote the narrative that the Trump camp had colluded with Russia.

To this day, there is still no evidence tying the Trump campaign to Russian collusion — after a year of nonstop media and federal investigations.

Steele — who worked in Moscow during his days as an MI6 agent — then hastily compiled the 35-page dossier containing salacious allegations whose goal was to smear Trump but did not prove collusion.

The dossier was passed around to the media like candy in 2016, but almost all refused to publish it because they couldn’t verify any of the claims.

After a year of investigations with a team of 20 prosecutors (whose lavish salaries U.S. taxpayers are bankrolling), the only thing Mueller has are tax-fraud and money-laundering charges against former Trump campaign manager Paul Manafort.

This week, Manafort was indicted for tax evasion and money-laundering for activities he engaged in between 2006 and 2014. Manafort didn’t join the Trump campaign until April 2016, and was fired five months later, in August 2016. So, where’s the “Trump-Russia collusion?”

Here’s a hint to Robert Mueller: If you’ve got nothing by now, you got nothing. Period.