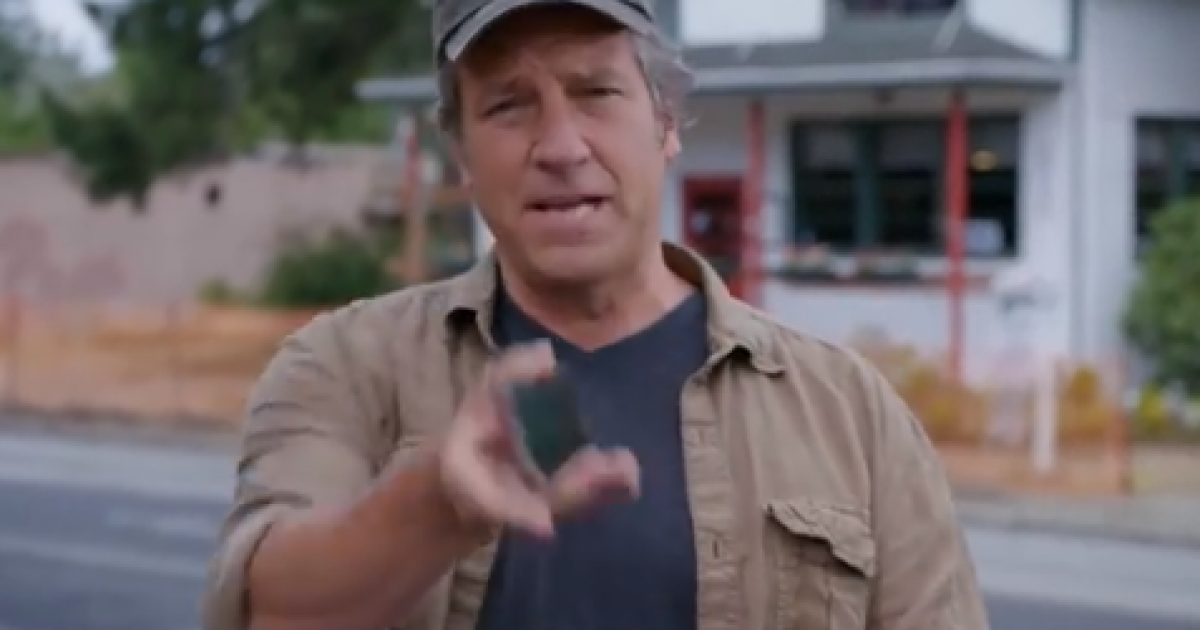 When it comes to Sunday night’s horrific tragedy in Las Vegas, there are no words.

But if there were, former Dirty Jobs host Mike Rowe likely just wrote them as perfectly as anyone could.

In an eloquent Tuesday Facebook post, Rowe offered comfort to survivors and encouragement to Americans shocked and horrified that such unspeakable evil could lurk so close to the rest of us.

Vegas resident Molly Carr wrote Rowe saying, “I live in Las Vegas, and I’ve seen you here often. Once, in the lobby at Mandalay Bay. We’re all shattered here, obviously. A comforting word from you would go a long way.”

Rowe began his response by acknowledging that, while no words could possibly “bring you the comfort you seek,” people exist who “restore my faith in the species, even as others seek to rob me of it.”

I’m not surprised you saw me at the Mandalay. I cleaned their shark tank back in 2006, and I’ve stayed there at least thirty times since. Maybe that’s why my initial thoughts about this latest tragedy were so random and strange. Even before I imagined myself in the thick of the chaos, (as I always do,) and even before I thanked God that I wasn’t, (as I don’t do enough,) I found myself wondering if I had used the same elevator as the killer.

As people were being murdered in the most cowardly way imaginable, by a creature I can barely think of as human, I lay in my bed at home, stunned and horrified – wondering if I had stood in the same box and pushed the same buttons as the man now destroying countless lives and families. Since I’ve ridden all the elevators at Mandalay, I determined that the answer was yes.

I then wondered if the killer and I had shared the same barstool in the lobby? Had we swam in the same pool, or chatted up the same bellman, or played a hand of blackjack at the same table? Had we slept in the same bed?

It’s not a stretch. I’ve stayed on the 32nd floor of Mandalay before. I remember looking down at the sprawling, empty space 300 feet below my window – the same sprawling space that was recently filled with thousands of people having a good time, right up until they weren’t, courtesy of a monster.

Yesterday, I was struck by how unknowingly we rub elbows with evil. How we share the highways and bi-ways with hollowed-out men and craven women whose capacity for wickedness knows no bounds. It would be convenient if such people all looked the same, but alas, they don’t. They look just like us. And so we dine with them in restaurants, unknowingly. We walk by them in shopping malls, sit next to them in theaters, and maybe even hold the door for them as they smile and nod in thanks.

I’m sorry, Molly. I know these are not comforting words. The world is as uncertain as the people in it, and we share this rock with some very uncertain folks. But we also share it with living proof that hope will never die.

Take comfort in men who threw themselves over other people’s children. They are no less real than the killer, and they are still with us.

Take comfort in the woman who loaded wounded strangers into her car and drove them out of harm’s way.

Take comfort in the fact all good people are shattered, and that you are not alone.

Rowe then went into some practical things he is doing, and others can do, to make a difference in society.

There are no words, Molly, at least in my vocabulary, to bring you the comfort you seek. But there are people among us who restore my faith in the species, even as others seek to rob me of it. I can introduce you to those people. That’s what I’ve tried to do with my little slice of cyber space, and that’s what I can do today. The same thing I do every Tuesday.

This is Momma Ginger. Momma and her fellow Soup Ladies spend their lives waiting for disaster and tragedy to strike. When the unthinkable happens, they drive to the scene with a trailer filled with homemade soup, and feed the first-responders.

It sounds like a small thing. It isn’t. When it comes to kindness, there are no small things. And when it comes to keeping hope alive, our first responders are the best example there is. This is the woman who takes care of them. In fact, she’s on her way to your city right now.