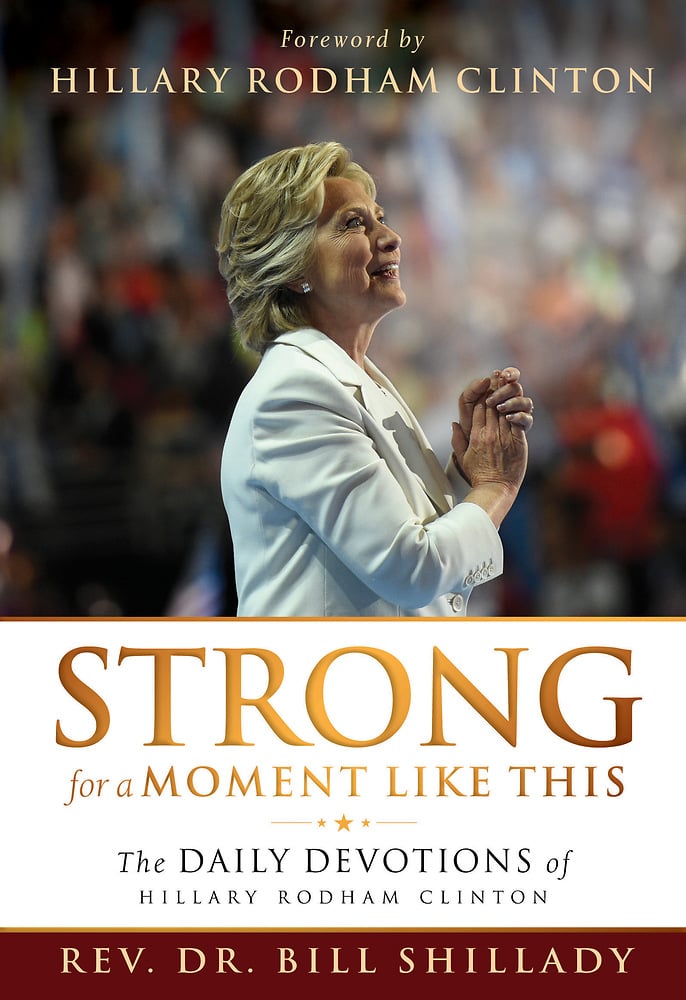 Shillady’s new book, Strong for a Moment Like This is a spiritual devotional, comprised of biblical passages, prayers and short sermons that Rev. Shillady and other pastors sent to Mrs. Clinton every morning during the 2016 presidential campaign. It was Hillary herself who suggested the book idea to Shillady.

Then, back in August before the book was released, Shillady made news when he revealed in an Atlantic interview with Emma Green that Hillary Clinton’s “fondest ambition is teaching scripture in church.”

Naturally, that revelation dropped a few jaws and raised eyebrows.

And now this bizarre saga continues with Rev. Shillady’s publishing house, Abington Press issuing a statement less than one month after Strong for a Moment Like This hit the stores. According to a report in the Washington Post (and linked on Drudge Report) the president of Abington Press, Rev. Brian K. Milford said the following:

Abingdon Press initiated an extensive review of the book and was alarmed to discover other content unattributed by the author. Abingdon Press has zero tolerance for plagiarism. Consequently, we have discontinued sales, will remove existing copies from all sales outlets, and will have them destroyed along with our existing inventory.

Yikes!  However, I checked, and the book is still available on Amazon, so order your collector’s copy fast.

Obviously, Hillary’s plagiarist pastor has had a very public fall from grace. But perhaps Mrs. Clinton, who as a serial liar, has a long history of violating Commandment number nine, “Thou shalt not bear false witness against thy neighbor” and Rev. Shillady, new violator of Commandment number eight, “Thou shall not steal”, can co-write a confessional book titled, Please Forgive Us For We Have Sinned.

Surely THAT would be a New York Times best-seller with Mrs.Clinton’s contributions likely still a work of fiction.