It doesn’t take all that much to drive rabid anti-Trump celebrities into full meltdown mode these days, but a President Trump meeting with a fully-shirted Russian President Vladimir Putin, well, that’s a different stratosphere altogether.

Exhibit A – Rosie O’Donnell and her odd bedtime story along with a bit of juvenile name-calling for good measure:

why did u sting me – snail asks dying
i am a scorpion – vlad says https://t.co/8QA7QZpCZi

putin is an evil mastermind

trump is a mean buffoon pic.twitter.com/oH4k47u26G

And then there’s Cher, who somehow made the logical jump from meeting with another world leader, like every president has done since the dawn of America, to putting “RUSSIA B4 AMERICA.”

It must hurt, squeezing out all those thoughts.

Russia has invaded US & continues to try to undermine our democracy. DT refuses to protect us. Don't let a weak ignorant liar sell us out.

Since when did communists like Reiner become cold warriors all of a sudden? Oh, maybe because Russia is no longer communist!

Some expressed concern over the length of the meeting:

Netflix’s House of Cards even got in on the action, because Donald Trump is clearly just like the scheming Democratic sociopath Francis Underwood.

To which this guy responded:

you are the prophets ? pic.twitter.com/UP7pedGS2A

Here are a few more, but beware – you might lose a couple of IQ points just reading them!

👉🏾@realDonaldTrump demonstrates how to greet the banker when you don't want to ruffle his peacock feathers. #MakeRussiaGreatAgain https://t.co/AV6kuUPotD

The one and only positive in all this: Trump has brought the entire world together in the disgust we feel here at home. https://t.co/InhNxZyRDz

I can't see that we will ever know what happened at the Putin/Trump Summit since not one person in the room was there to better the world.

Russia is attacking us as a nation not just the democrats. The Republicans don't seem to realize it could be them next.

Trump is willing to take Putin purely at his word, but not our own IC agencies. It's a farce. He knows they interfered. He courted it. https://t.co/fKSTbmGVyQ

A former reality show host, a former KGB agent, and a guy named Rex, walk into a Russian bar … 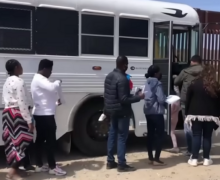