President Donald Trump and the First Lady visited the Supreme Court to attend the investiture of Justice Neil Gorsuch, the president’s first appointee to the federal bench.

The Thursday visit was Trump’s first to the Supreme Court. Though Gorsuch has been hearing cases since joining the bench in April, he was formally commissioned Thursday.

Trump chatted briefly with the justices in advance of the courtroom ceremony, and stood for pictures with court photographers. 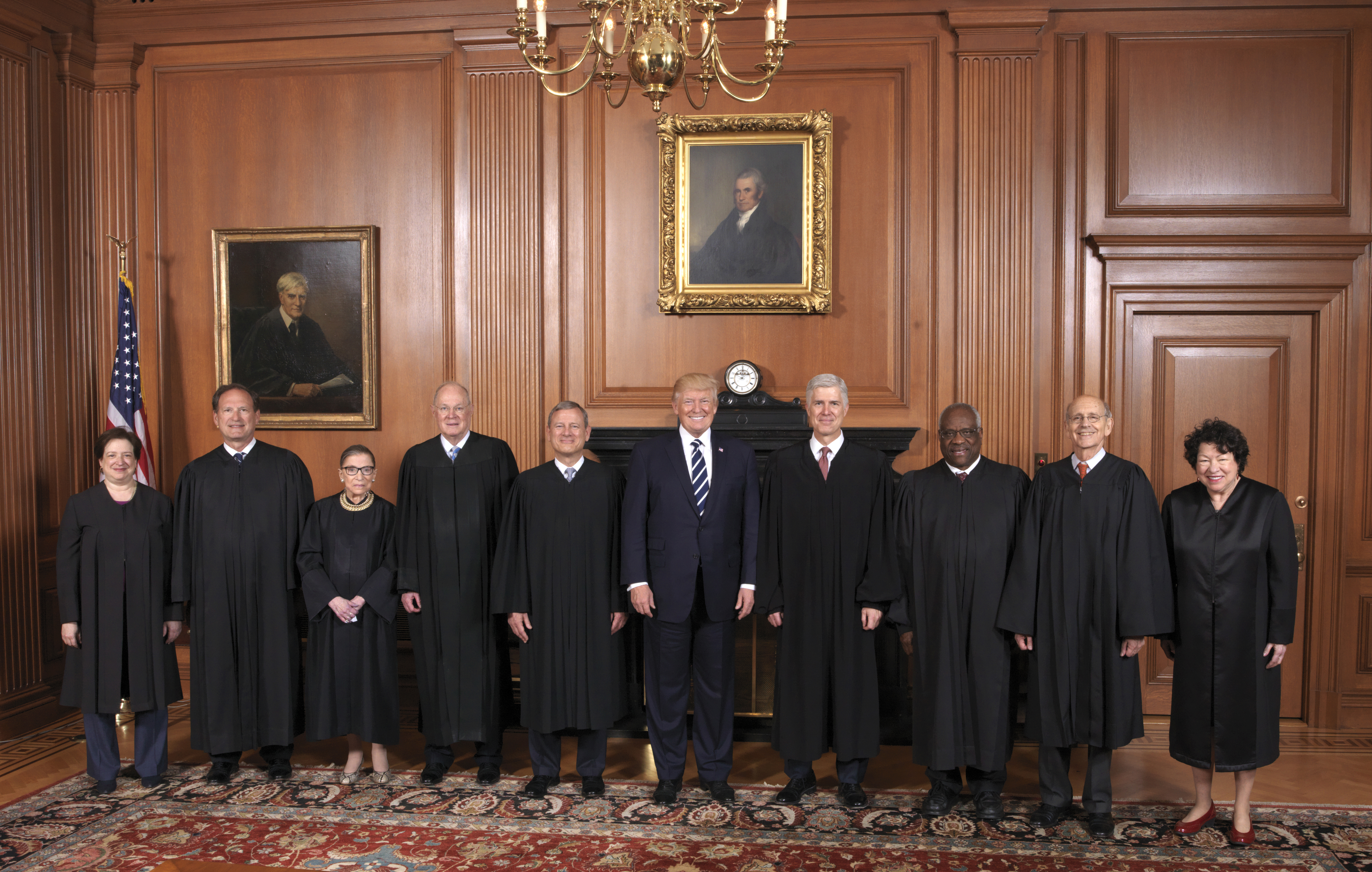 Much of the conservative legal firmament was present for the day’s proceedings. Former Republican Attorneys General Edwin Meese, John Ashcroft, Alberto Gonzalez, and Michael Mukasey, chatted fraternally near the front of courtroom, while the Federalist Society’s Leonard Leo, the high guru of judicial selection, sat in regal style with a smattering of conservative-aligned litigators and advocates, among them Ken Starr, independent counsel-turned scourge of the Clinton administration. Incoming Solicitor General Noel Francisco and White House Counsel Don McGahn greeted guests in reserved seats.

At 2:00 Justice Gorsuch processed into the courtroom behind Scott Harris, the Clerk of the Supreme Court, and was seated in a leather chair in the well of the courtroom. The president and Mrs. Trump entered shortly thereafter. Trump’s bouncy orange hair crested breezily across the heads of the assembled dignitaries. He was seated near Justice John Paul Stevens, who left the bench in 2010.

The justices entered moments after the president took his seat. Chief Justice John Roberts scanned the room approvingly, while Justice Elena Kagan, seated near Gorsuch at the far left of the bench, shot a smile to her new colleague.

Deputy Attorney General Rod Rosenstein, adorned in traditional morning coat, rose and asked the Chief Justice to accept Gorsuch’s commission. At the chief’s bidding, Harris read the commission to a silent courtroom — the president’s signature, a mammoth bold and black, was visible through the paper from across press gallery. Roberts then administered the oath to the new junior justice.

Roberts and Gorsuch appeared at the ceremony’s conclusion under a bright sun in the Court’s marble plaza. Roberts and Gorsuch exchange pleasantries before in the plaza of the Supreme Court. (Kevin Daley/Daily Caller News Foundation.) The Supreme Court’s term will end later this month.