A man believed to be a sexual predator was caught on surveillance video trying to rape a 26-year-old California woman.

…but the animal still got away.

The Santa Ana Police Department is asking the public to help identify the man seen preying on the intoxicated woman this past weekend, according to The Los Angeles Times.

Santa Ana police are looking for this man who was caught on video trying to sexually assault a woman https://t.co/DNHFiAXUuN pic.twitter.com/q0huONhhbE

Video footage released by the police show an adult Latino man dressed in blue jeans, a plaid shirt and black sneakers trailing the unsuspecting woman as she goes into a building in search of a restroom. 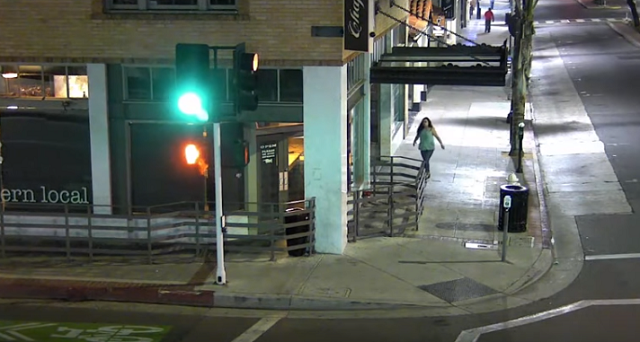 The man follows the inebriated woman, accosting her on a stairwell before he dragged her to the bottom and forcefully “removed her clothing and attempted to sexually assault her,” police say. Fortunately, the woman was able to fight off her attacker, who only managed to grope her before running away.

“In my opinion he targeted her and we believe he’s a sexual predator,” Cpl. Anthony Bertagna, a spokesman for Santa Ana police, told The Times. “He may have done it in the past.” The horrific assault can be seen unfolding in the video below: