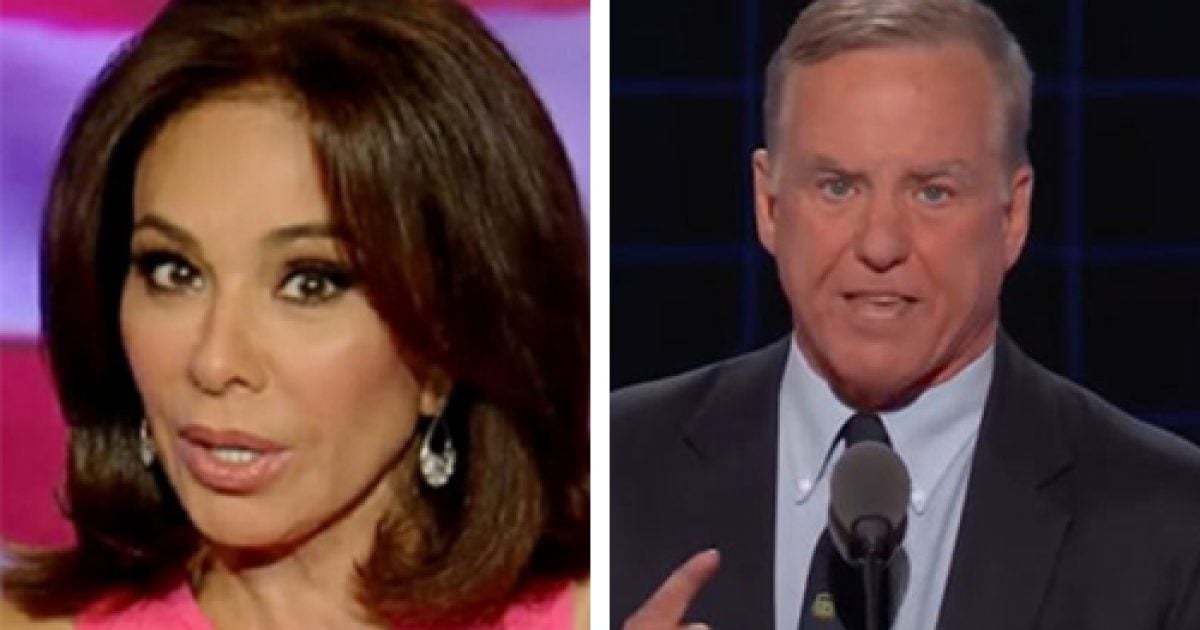 In a tweet on Thursday in response to conservative author Ann Coulter’s impending trip to the University of California, Berkeley, the former Democrat National Committee chair said that “Hate speech is not protected by the First Amendment.”

Hate speech is not protected by the first amendment. https://t.co/DOct3xcLoY

Fox News contributor Judge Jeanine Pirro believes that Dean didn’t send that message because he has no idea what the Constitution says, but because it is only the beginning of the left’s assault on the free speech of conservatives.

“This is just the beginning. You mark my words,” Pirro warned on “Fox & Friends” on Friday. “Where the left is now, to silence the right — and they have been silencing the right in so many ways — they are now going to say ‘if you say things we don’t like it is not protected by the First Amendment.”

“Understand this is a political agenda to shut down the right from saying what they want,” she added. “If they don’t yell you down and prevent you from saying it, what they will do now is create some kind of a limit.”

Pirro explained that the only speech that is outlawed is dangerous speech like “yelling fire in a crowded theater.”

In 2015 the left leaning Washington Post explained that there is no “hate speech” exemption to the First Amendment.

And Dean was roundly lambasted on social media for his ridiculous statement.

@GovHowardDean @allahpundit You’re an idiot. How did you get through medical school?

@GovHowardDean Can you help me out and explain what things you would jail people for saying?
I assume nothing on the Democrat platform.

@GovHowardDean Love you Howard but hate speech is protected speech, and for good reasons.

@GovHowardDean The left clamping down hard on free speech. They are fundamentally anti-American.