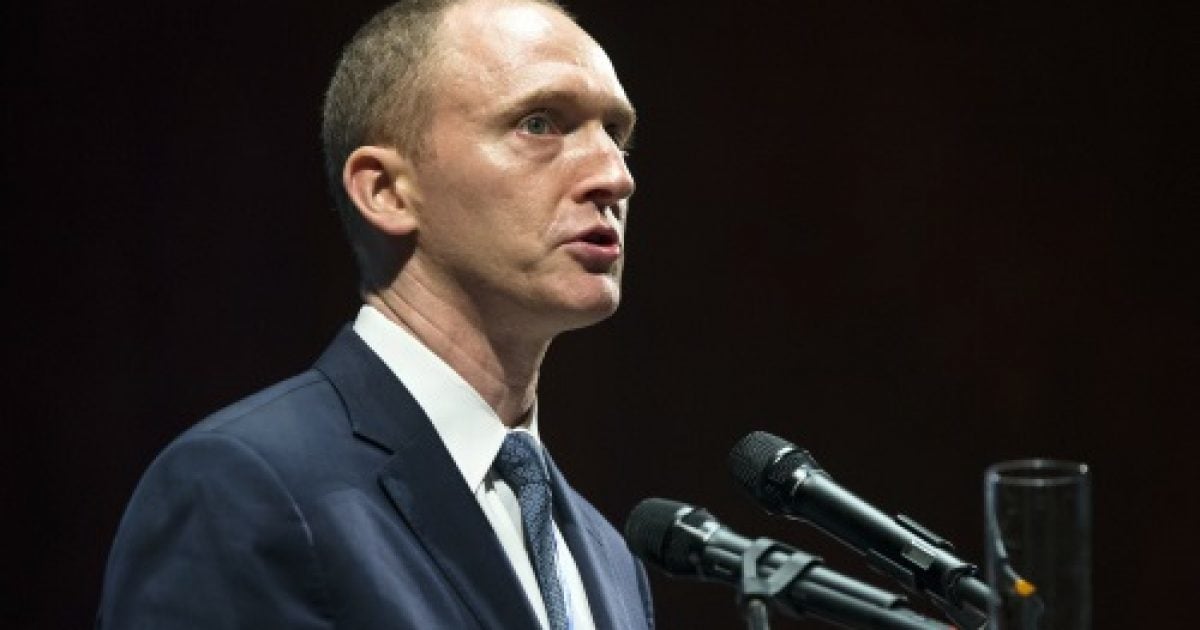 It was too hinky for legitimate news outlets, but it was good enough for the Obama administration.

The unsubstantiated dossier on Donald Trump that intelligence veterans described as “a complete fraud” was used to obtain FISA warrants in the Trump-Russia investigation, CNN reported.

The document was reportedly the brainchild of former British MI-6 official Christopher Steele, who is a current co-owner of Orbis Business Intelligence, Ltd., a London-based opposition research firm.

The 35-page “dossier,” which purported to show links between then-candidate-Trump and Russian officials, as well as his alleged sexual oddities, was published in part by BuzzFeed News — but by no other news outlets.

But that didn’t stop the Obama administration from using it to secure a FISA warrant against former Trump advisor Carter Page. CNN reported:

The FBI last year used a dossier of allegations of Russian ties to Donald Trump’s campaign as part of the justification to win approval to secretly monitor a Trump associate, according to US officials briefed on the investigation.

The dossier has also been cited by FBI Director James Comey in some of his briefings to members of Congress in recent weeks, as one of the sources of information the bureau has used to bolster its investigation, according to US officials briefed on the probe.

This includes approval from the secret court that oversees the Foreign Intelligence Surveillance Act (FISA) to monitor the communications of Carter Page, two of the officials said. Last year, Page was identified by the Trump campaign as an adviser on national security.

A witch hunt? You betcha, and folks on social media didn’t hold back.

@W7VOA @FBI @realDonaldTrump @CNNPolitics Oh my God?! Are you serious?

@W7VOA @FBI @realDonaldTrump @CNNPolitics Well, you know all about Comey already. He is trying to protect the Hildebeast who gave him millions. pic.twitter.com/dhI84t8JYa

So the Obama White House illegally obtained a FISA warrant to spy on civilians during a political campaign. pic.twitter.com/syT7MAJm2I

@GayPatriot @Smart_Sapper12B Actually it’s looking like the FBI paid the Dossier guy too. Which means they hired one campaign oppo to look at another. Not Good.

@GayPatriot and used Hillary Clinton oppo research dossier to do it.

@GayPatriot @vjeannek Create a phony story then use it as a pretext to spy on your political enemies. Simple.

@GayPatriot @KurtSchlichter It’s almost as if trump was right the entire time and obama belongs in jail. Wonder why he left the country. ?

One person wanted to know what will come of this new information.

@W7VOA @FBI @realDonaldTrump @CNNPolitics This is all sorts of wrong. Some people need to be prosecuted for this.

Yeah, but will anyone be prosecuted? Doubtful. And they called John Gotti the “Teflon Don.”