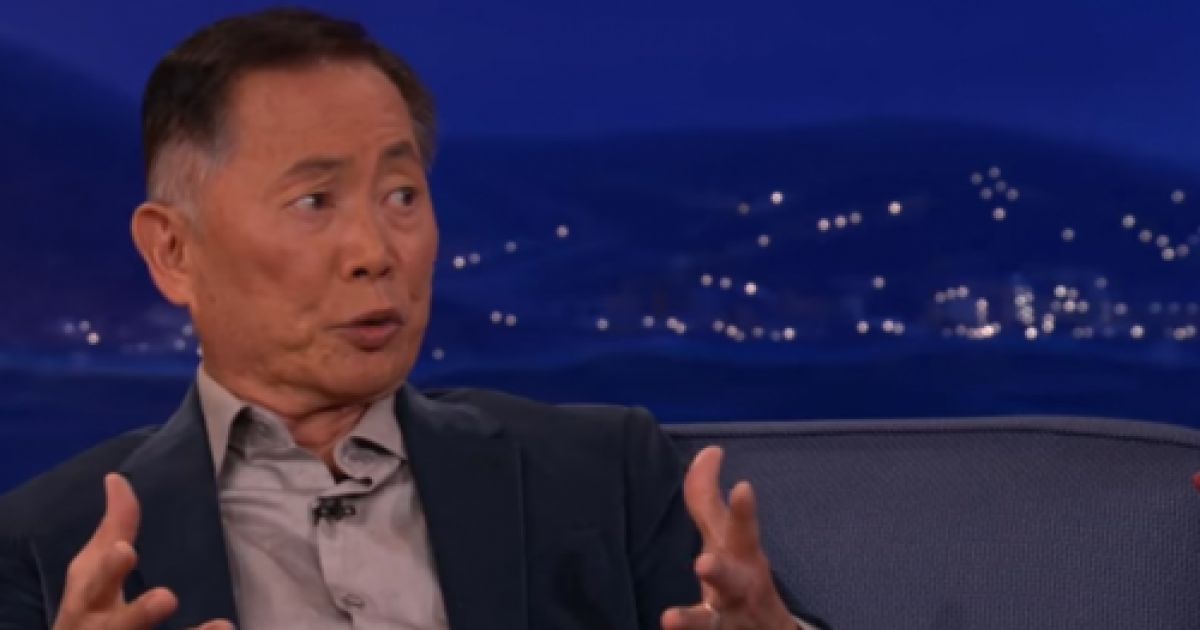 Oh George, why must you insert yourself into everything?

Liberals have tried and failed to make much-a-do about Mike Pence’s personal relationship with his wife.

In a Washington Post article circulating earlier this week, it was revealed that Pence does not dine alone in the company of other women without his wife.

His deep commitment to monogamy and his marriage struck a not-so-nice chord with the sophisticated Left who had all kinds of problems with it, including comparing it to Sharia Law.

Needless to say, Pence’s dedication and devotion to his wife was completely lost on those who chose to see only what they want to see.

Which brings us back to George Takei of ‘Star Trek’ fame.

Not to be outdone, Takei had his say on the Pence matter and got scorched for it:

Pence won't have dinner alone with a woman who's not his wife. Literally, he won't, ever: No woman in her right mind would sit through that.

Conservative author and Fox News contributor Dana Loesch was right there with the one-two punch:

If you want Pence to stay out of your relationships, try staying out of his. https://t.co/xAjY7M5bf4

Wow. What a concept!

But Loesch wasn’t the only one with some zingers.

@GeorgeTakei Perhaps you’d be happy if he had private one-on-ones with interns in the Oval office like Slick Willy.

@RobinSchroeds @GeorgeTakei That’s why Liberals don’t understand it. To them, if you’re not being vile, condescending, or down right Immoral, you can’t be trusted.

@GeorgeTakei Hollywood telling people how to sustain relationships. What a joke!

@banksta62 @GeorgeTakei What’s scary is the hypocrisy of left-wingers, offended by respect, respect to the value of marriage and life. Mind your own business!

@GeorgeTakei Absolute tweet that you’d have no problem w/if Pence was a Dem & this involved his gay spouse. Respect goes both ways. Warp Sulu, engage

@GeorgeTakei You want us all to respect your life choices but you don’t respect his. Shame on you ?

@GeorgeTakei Yeah I am sure people were waiting in anticipation of George Takei’s take on male & female relationships. pic.twitter.com/opIxuKiF4k

Loesch earned a lot of praise for her take, and at least one Twitter user absolutely nailed the Left’s unrelenting hypocrisy.

And that’s what you call, a bad Twitter move for George Takei.