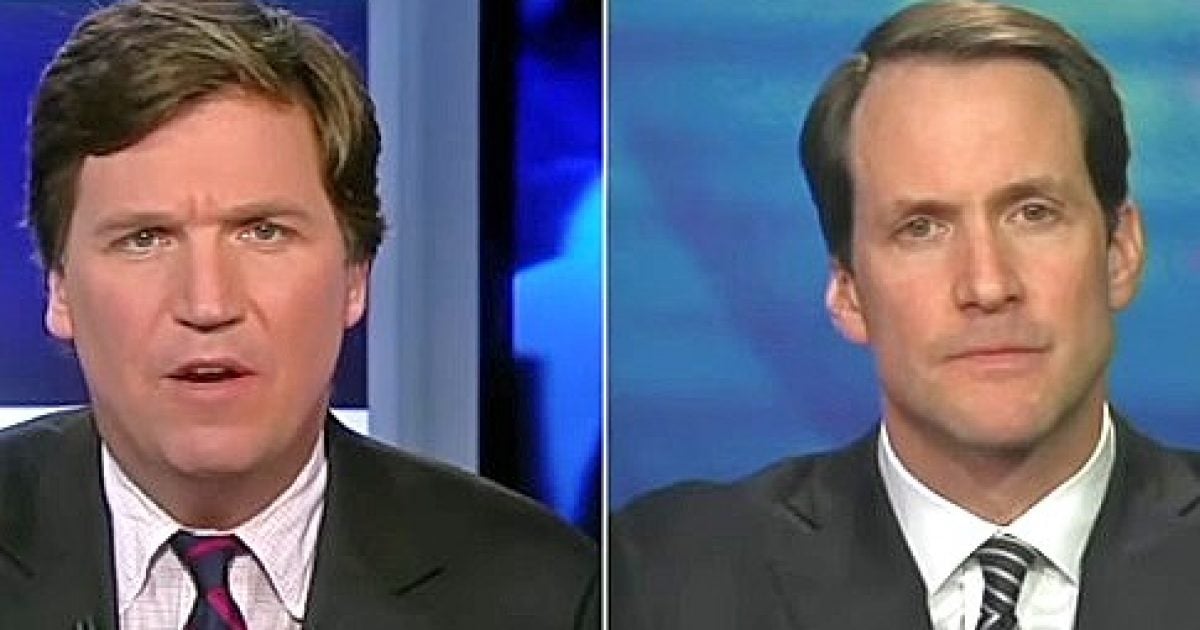 “The White House has produced zero evidence,” said Hines, a member of the House Intelligence Committee.

Carlson asked why Himes believes rumors — without evidence — that President Trump’s campaign had colluded with the Russians, but insists that Trump prove every word he utters. Carlson noted that the president has access to top-secret information that most people do not, and he may have based his accusations on that.

Carlson pointed out that former national security advisor Mike Flynn was fired based on information gathered from wiretapped conversations.

Moreover, the anti-Trump New York Times admitted in a January 20 cover story that “wiretapped data” had been used to investigate Trump aides.

Congressman Himes had no response to Carlson’s arguments, except to complain, “You’re asking me loaded questions.”

Tucker then asked Himes why he called intelligence agency insiders who had leaked top-secret information to the liberal media “patriots.” Such leaking is illegal.

“You’re misrepresenting my position,” Himes replied, even though Carlson read back Himes’ quotes word for word.

A frustrated Himes then attacked Fox News: “You’re putting words into my mouth. That’s a lot of fun on Fox News, but it’s not particularly accurate to the way the intelligence community operates.”

Twitter skewered Jim Himes, saying the tongue-tied congressman tripped over his own lies.

jahimes is a straight up liar. The prez has that power if he has political hacks /w no ethics in key positions.

< you sir R victim of 50 years of lies from Dems, guess what you are now exposed https://t.co/LF8wi6aDq4 #fakenews pic.twitter.com/eU5iv9P0i5

Others said Himes’ rapid blinking said it all.