President Trump is serious about ensuring peace through strength.

Trump will instruct the State Department and the Environmental Protection Agency to submit budgets that will boost military spending by $54 billion while reducing foreign aid and spending at other agencies, notably the EPA.

Trump’s budget projects a 2.4% growth in GDP for 2017, which is well above the dismal 1.46% annual average for the Obama administration. The United States is still shouldering most of the financial burden for NATO, and the money to invest in our military has to come from somewhere.

While EPA programs sound great in theory, there’s no way to quantify their potential positive impact on the environment. Besides, this is how some “environmental activists” treat the environment:

The figures were equally lopsided for 2014 (see graphic), and remain so to this day. Many NATO members haven’t paid their fair share for years.

Trump has said all NATO members must pay their fare share if they want the military alliance to continue, especially since the United States is providing most of the protection.

This statement has upset some of our NATO “partners” who have become used to mooching off the U.S. 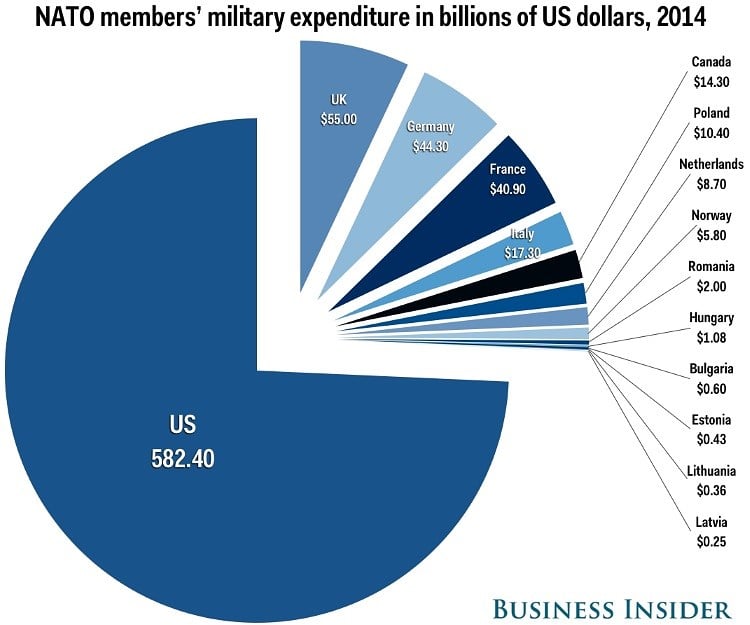 Liberals are whining about EPA budget cuts, even though they’re the ones who want taxpayers to support illegal aliens and unvetted refugees. There’s only so much money to go around.

Liberal media is already attacking Trump’s budget proposals, but could they really leave the country worse off than Obama did?