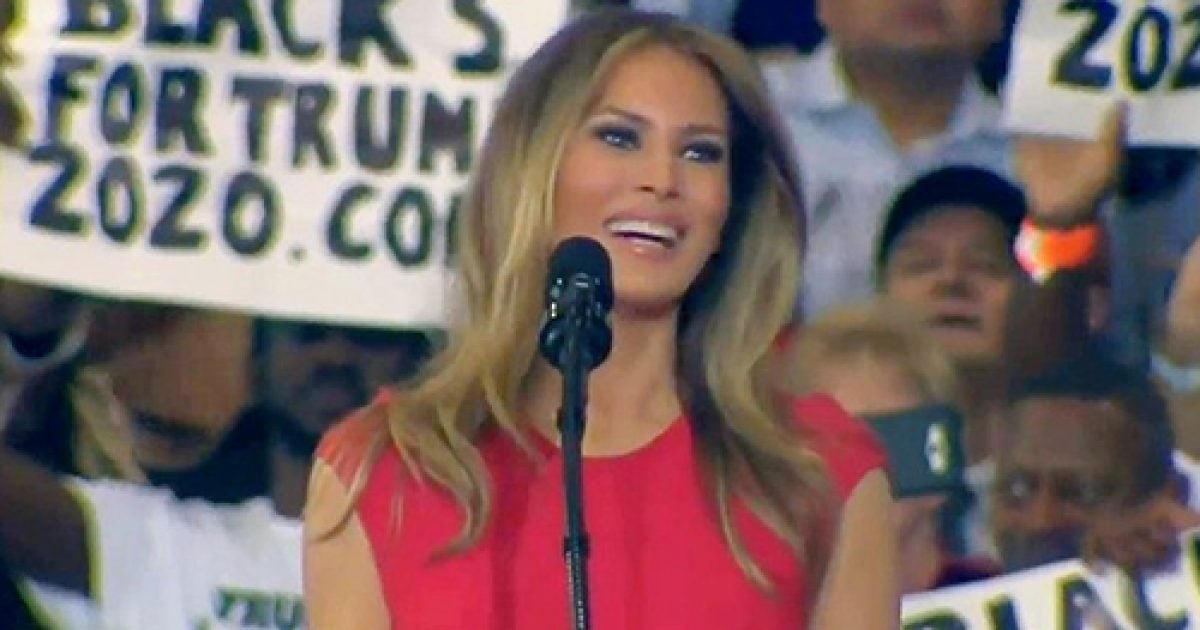 First lady Melania Trump sent liberals into a frenzy by opening her husband’s rally with The Lord’s Prayer.

Mrs. Trump took to the stage before her husband, President Donald Trump, and began by asking the 9,000 plus supporters to “Let us pray.”

The prayer was welcomed by the crowd who gave raucous applause.

But not everyone was happy.

Some on social media who believe separation of church and state exists in the Constitution also believe she violated it.

Melania opening #TrumpRally with the Lord’s Prayer… What happened to separation of church and state?

I wonder how the crowd would respond if Melania began with an Islamic prayer?! Separation of church and state? #TrumpRally

oh my gods, Melania. Not every American is represented by the frakking Lord’s prayer, plus…Separation of church and state?

@mikandynothem Is Melania “refreshing” because she modeled? Because she’s white? Or because she violates the separation of church and state?

@StockMonsterUSA what about violating the separation of church and state makes Melania a competent FLOTUS?

Will someone please educate Melania and the Republicans about separation of church and [email protected], @resist

Actually, how about if we educate you?

The clause in the Constitution you are referring to is the “Establishment clause” and it reads as follows:

“Congress shall make no law respecting an establishment of religion, or prohibiting the free exercise thereof.”

Melania Trump is not Congress nor did she create a law establishing an official state religion.

People are probably confused because progressives have stretched this clause to the breaking point to eliminate the mention of God from any publicly funded venue.

And even if one wants to stretch the clause some more there are some things to note.

Mrs. Trump is a private citizen and not a government employee.

The event was a campaign event and not paid for by the government.

Your argument is invalid.