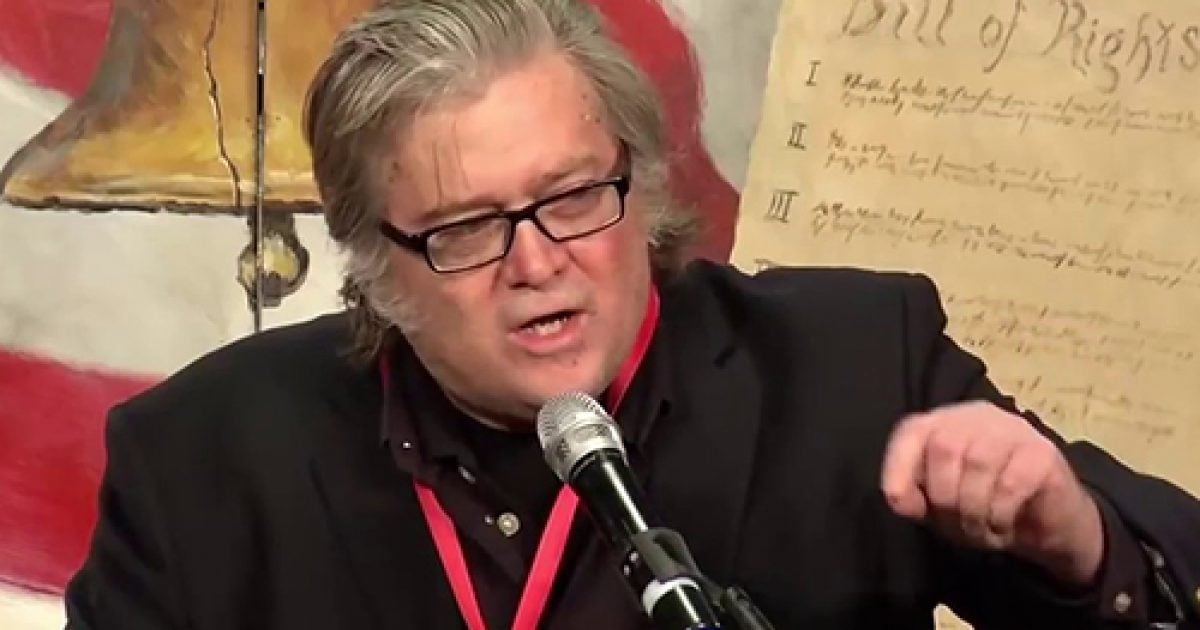 The chief strategist to President Donald Trump just drew the battle lines in the war between the administration and the mainstream media and they aren’t happy about it.

In an interview with the New York Times, Steve Bannon referred to the media as the “opposition party.”

“The media should be embarrassed and humiliated and keep its mouth shut and just listen for a while,” he told the Times.

“I want you to quote this,” Bannon said. “The media here is the opposition party. They don’t understand this country. They still do not understand why Donald Trump is the president of the United States.”

He added that he believes the “elite media” were “outright activists of the Clinton campaign.”

Predictably the media was not happy with his remark, particularly CNN’s Jake Tapper who actually proved Bannon’s point about the media by only reporting one part of his quote.

“A reminder that the president’s top aide just told The New York Times that the press ‘should keep its mouth shut,’” he said with a laugh before responding, “Uh, no.”

But while Tapper got roasted on social media for selectively editing Bannon’ quote, he wasn’t the only one who focused on Bannon’s quote out of context.

So… he wants to censor the free press? Nope. No. ⚡️ “Steve Bannon wants the media to “keep its mouth shut””https://t.co/k3trbqH01E

Steve Bannon wants the media to keep its mouth shut.

And if anyone did nazi that coming, you don’t realize that MSM makes him führerious.

Sorry, what country are we in? “Trump Strategist Steve Bannon Says Media Should ‘Keep Its Mouth Shut’, via @nytimes” https://t.co/WvRf5MQXdS

Sorry, what country are we in? “Trump Strategist Steve Bannon Says Media Should ‘Keep Its Mouth Shut’, via @nytimes” https://t.co/WvRf5MQXdS

But not everyone agreed.

I endorse every single word of Steve Bannon’s statement and applaud him for telling the Media to keep its mouth shut. They are #FakeNews. pic.twitter.com/Kmo2f23VbK

Leftist media does not know how to listen. I applaud Steve Bannon for telling them to keep their Mouth Shut. They are #FakeNews

Steve Bannon is spot on

The Media is in bed with the Democratic Party.

Steve Bannon is one of 5 living men I admire. Foolish media disregards him at their peril. https://t.co/ai43Xa3Bdy

@foxandfriends the far left media is totally out of control, they need to be put in check

@foxandfriends he’s right. If they shut up and listen for a while they might actually learn something

@foxandfriends I agree with Bannon! @CNN and its reporters only listen to reply and keep Americans angry & against POTUS!

@foxandfriends Sounds like a good idea. Shut up and get an education.