What's that being built around Obama's new digs? Oh, it looks like a WALL!

Celebrity news website TMZ published the contruction photos of what appears to be a brick wall in front of the Obama family’s new home in D.C. where they plan to move following the Inauguration of Donald Trump.

So, is someone going to tell President Obama “that’s not who we are?” 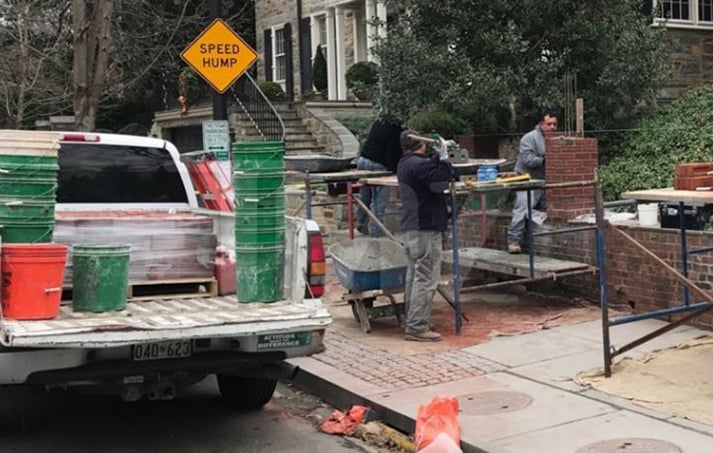 The family plans to stay in the area until daughter Sasha graduates high school, according to TMZ.

Social media mocked what some considered the president’s hypocrisy.

Obama builds a wall around his new mansion to keep himself safe, but doesn’t want America to have a great wall! https://t.co/sGyjzd9WZs

Typical rich Democrat, President Obama Builds a Wall for Rental House because walls are for rich people. https://t.co/sGzceFj2h3 via @TMZ

Obama .@POTUS Builds a Wall for Rental House (PHOTO GALLERY)! He just doesn’t want us to have one! https://t.co/N1T7AGLNlH via @TMZ