The mainstream media bias against Donald Trump isn’t letting up anytime soon. If anything, it’s heating up.

President-elect Trump was badgered by “60 Minutes” host Lesley Stahl, who demanded to know why he’s not stopping the protests raging across the country. 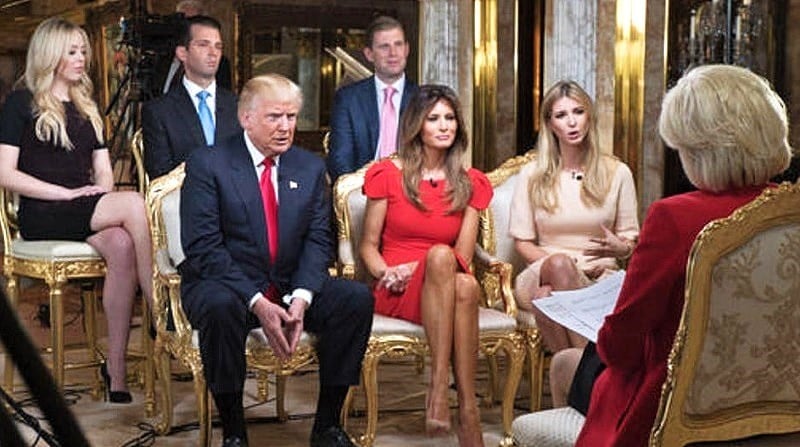 The condescending Stahl apparently forgot that: (1) Trump isn’t in office yet; (2) He just got elected 6 days ago, and (3) Most of the violent riots/protests are ANTI-Trump.

How could Trump stop the protests when they’re not being done by his supporters? Isn’t that the responsibility of our sitting president, Barack Obama, and Hillary Clinton, since it’s her supporters who are protesting and rioting?

Stahl asked: “When they demonstrate against you and there are signs out there, don’t you say to yourself … I guess you don’t … ‘Do I have to worry about this? Do I have to go out and assuage them? Do I have to tell them not to be afraid?’ [The protesters are] afraid.”

Trump replied: “I would tell them don’t be afraid, absolutely. We are going to bring our country back. But certainly, don’t be afraid. You know, we just had an election and, like, you have to be given a little time.”

Trump pointed out that if Hillary Clinton had won the election and his supporters protested, there would an immediate, volcanic public and media outcry.

While ignoring the fact that violent anti-Trump rioters have shut down traffic, smashed car windows, set fires to trash cans, vandalized public buildings, and beaten up innocent Trump supporters, Stahl asked Trump what he has to say about unconfirmed reports that his supporters are bullying pro-Clinton fans. Neither President Obama nor Hillary Clinton have condemned the widespread violent riots, even as new evidence suggests the protests are being staged by paid operatives.

Rumors are swirling that the anti-Trump protesters are being bankrolled by liberal billionaire activists like George Soros (a longtime mega-donor to both Obama and Clinton) and radical groups like Moveon.org.

So far, anti-Trump rioters have threatened to assassinate Trump, caused millions of dollars in property damage, beaten up Trump supporters, and shut down highways and streets.

Where’s the media outrage and public outcry over that?