A Hillary Clinton supporter who’s apparently living in an alternate reality launched a petition urging the Electoral College to elect Clinton president because she won the popular vote by a razor-thin margin.

It’s hilarious when sore losers say nothing about so-called unfair rules when the game is going on, but whine about it after they lose.

Elijah Berg started the Change.org petition, saying Trump is unfit to lead and Clinton should step in. The petition has garnered more than 3.6 million signatures so far. It reads in part:

On December 19, the Electors of the Electoral College will cast their ballots. If they all vote the way their states voted, Donald Trump will win. However, they can vote for Hillary Clinton if they choose.

Even in states where that is not allowed, their vote would still be counted, they would simply pay a small fine — which we can be sure Clinton supporters will be glad to pay!

We are calling on the Electors to ignore their states’ votes and cast their ballots for Secretary Clinton. As a result, Democrats always have multiple paths to win the presidency, while the path is minuscule for Republicans.

Before the election, Hillary and her supporters repeatedly bragged how they had numerous paths to victory while Trump had hardly any.

Despite the odds being stacked heavily against him, Trump pulled off a shocking underdog victory by blowing up the entire electoral map and flipping traditionally blue states red. 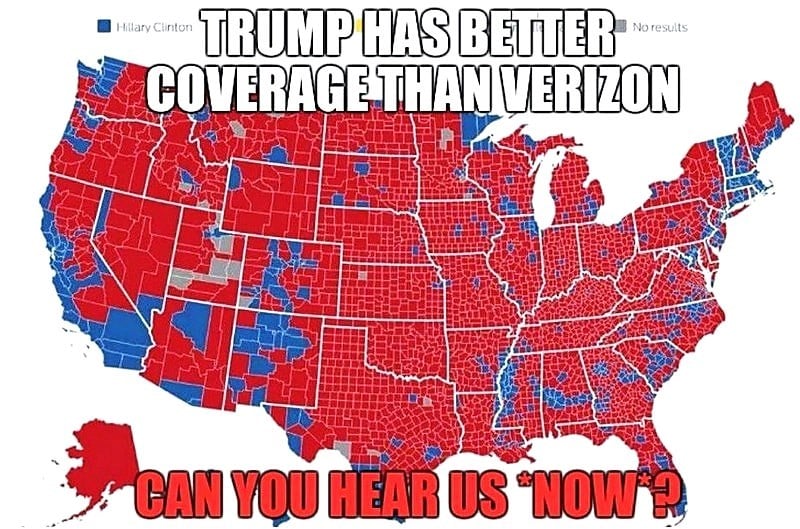 To win, Trump defeated the Democratic Party, the Republican Party, the media, biased polls, the billionaire donor class, Hollywood and the Wall Street elite. If that doesn’t deserve a prize, what does? Anti-Trump protester holds up with ‘Rape Melania’ sign – nobody was offended?