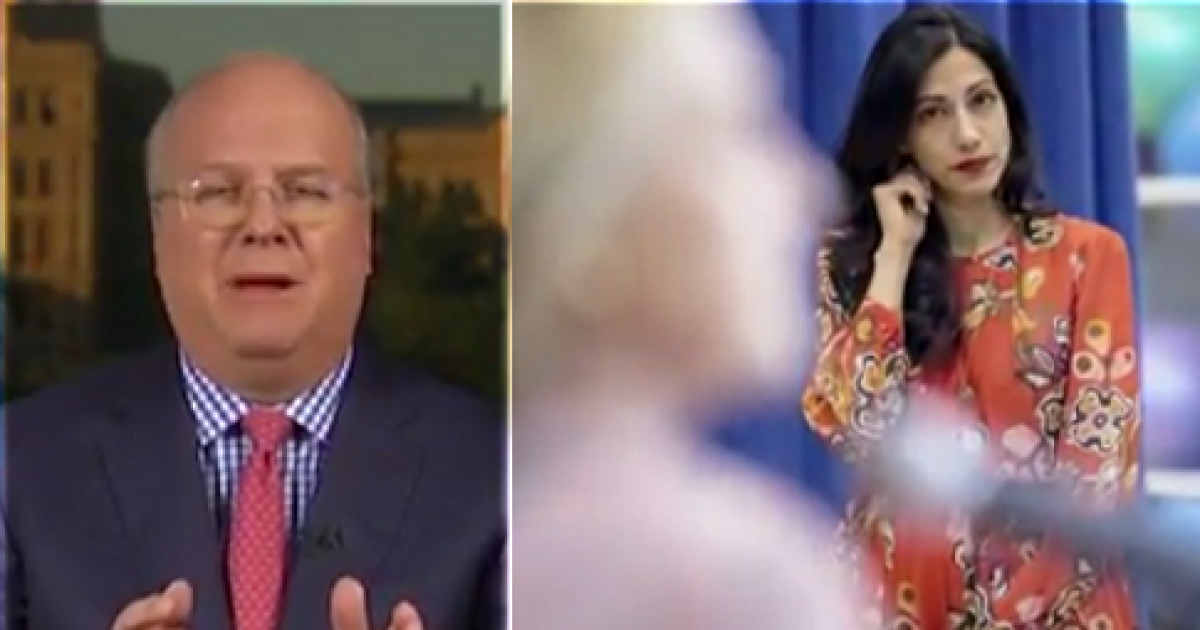 With FBI Director James Comey’s bombshell announcement Friday that the bureau is reviewing new emails related to Hillary Clinton’s private email server, emails found on a device belonging to Abedin’s estranged husband, Anthony Weiner, has the longtime loyal aide finally come to represent too much baggage for Clinton to bear?

Republican strategist Karl Rove appeared Friday on Fox News’ “On The Record” to say the new emails could contradict what Abedin has previously told the bureau in sworn testimony.

“So what we may have here is a question of her veracity, and she may be at risk of telling lies to federal officials,” Rove said, adding that it could result in charges of obstruction of justice or perjury.

He then questioned whether Abedin “disappears from the campaign trail.”

Real Clear Politics’ Sean Trende was skeptical that Abedin would resign, saying it would likely add fuel to the fire when the Clinton campaign is more interested in making the story going away.