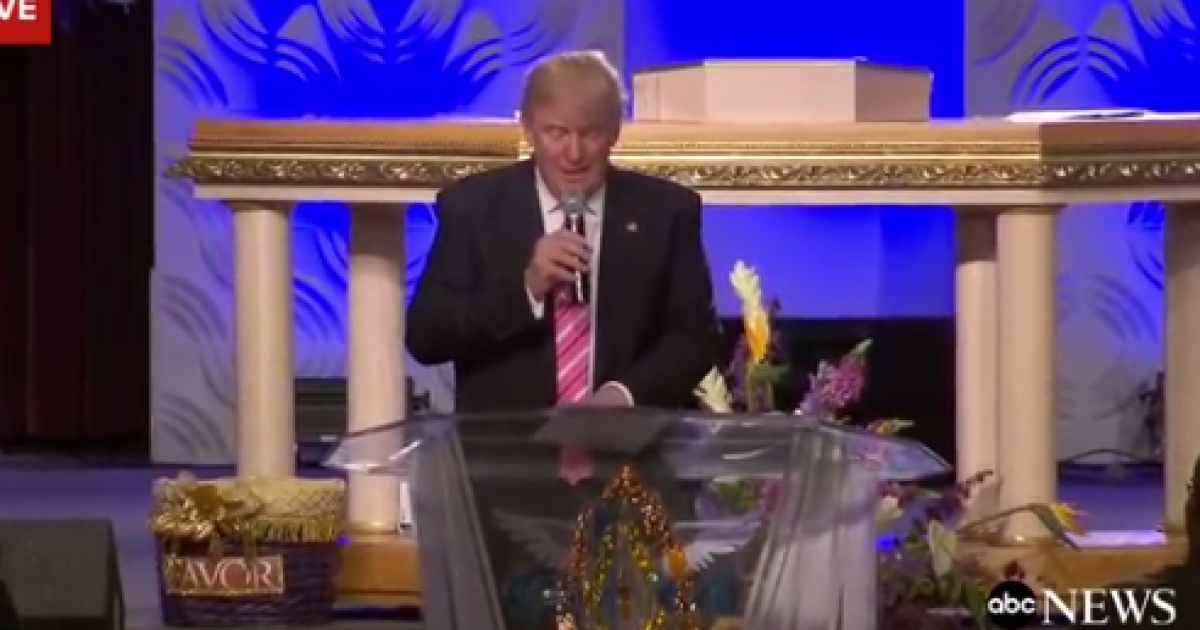 Christians who support Donald Trump have had a rough go of it lately. It’s not as if it’s ever been easy, because it hasn’t, but Trump’s 2005 open-mic comments about women have put a damper on Christian support for someone who seems to counter every value we try to teach our children.

Should Christians continue to back the Republican nominee, or should they dump him for some third-party candidate or no vote at all, in effect abandoning the fight, and the White House, to Hillary Clinton?

Recently I heard a Christian radio host make a statement that’s all too common in some Christian circles. In advising people of faith not to vote for Trump, he condemned the concept of voting to “limit evil” by saying that Christians should rather always choose the good. Like many others who make the argument, he quoted, wildly out of context, 19th-century British preacher Charles Spurgeon’s words, “Of two evils, choose neither.”

However, pastor John Barber puts it this way:

Imagine our two families are miles from land in a sinking boat. Suddenly, out of the mist, come two boats to save us. One is captained by an adulterer; the other is captained by a thief. Which boat will you get into?  You say, “Neither one. I’m waiting for the evangelical boat which is captained by a devout Christian who will end abortion.” I say, “You’re kidding, right?” You reply, “Both these guys are reprobates, and I’m not going to choose between two evils.”

Clinton and Trump are our two choices, our two boats into which we can climb. Trump, the womanizer, crude talker, and alleged serial fondler, versus Clinton. Even if everything we’ve heard about Trump is true, Clinton’s public record of corruption, lack of integrity, and blatant disregard for the law dwarfs anything they could make up about Trump short of him actually shooting someone on Fifth Avenue. But even if the contest here were a total toss-up, that still leaves us with a choice of very flawed vessels. So, what standard should Christians use when it comes down to selecting a candidate for office? The answer to this question depends on whether you believe God would have you use your vote actually to affect policy for good.

To have a chance at limiting abortion, preserving the second amendment, limiting outright tyranny, and protecting religious freedom, you will need to cast your vote for someone with the best chance of both winning and accomplishing those things.

If Trump does manage to win, the implementation of his policies could be the very shot in the arm America needs. There’s a reason why the liberals and the compliant media, and indeed all the forces of hell, have seemingly mustered to stop Donald Trump, whatever his personal sins, and it’s not because they care a whit about any of those sins.

It’s because they’re scared to death of what Trump would DO if elected, which would likely be a good thing for those of us who care about accomplishing God’s will on earth as it is in heaven.

God, in His sovereign will, happens to have given us a bi-factional government that relies on real, physical votes to select candidates. The responsibility falls on our shoulders to do the very best we can with what we have.

That means casting your ballot for Donald Trump.