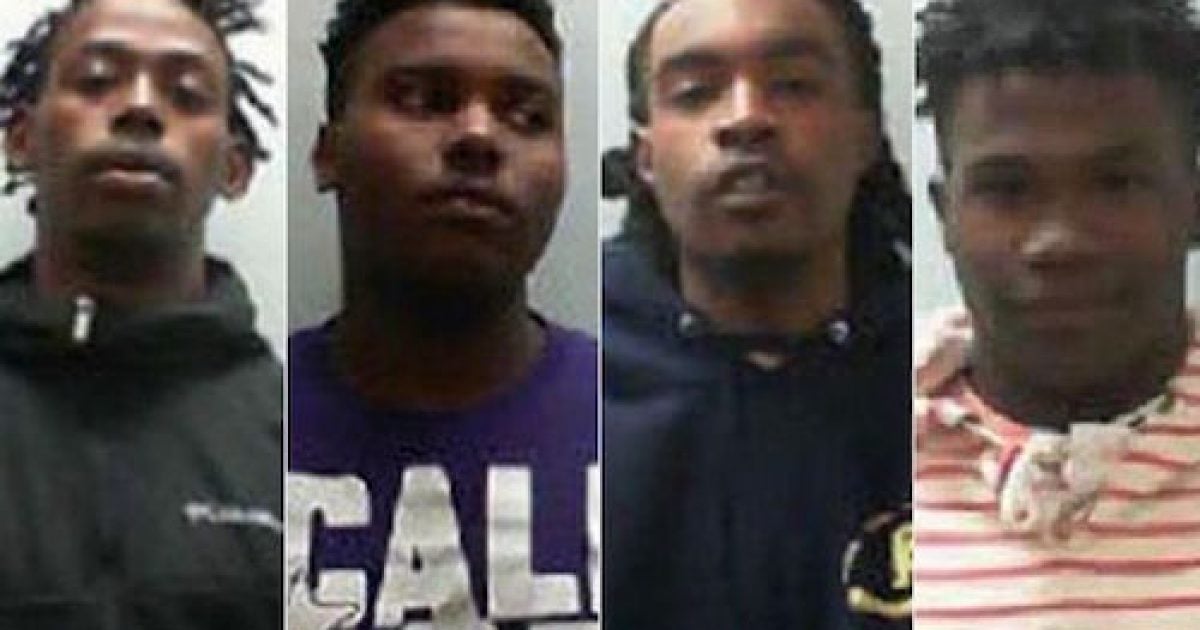 The young Alabama teen who was savagely beaten by four young black men for the crime of supporting law enforcement may get some retribution — authorities have arrested those they believe are responsible for the incident.

After Brian Ogle, 17, posted a pro-police statement on social media in response to recent police-related shootings, he was beaten in a parking lot September 30 and left fighting for his life with his skull fractured in three places.

Those who were arrested are all former Sylacauga High School students, which is where Ogle was a student at the time of the attack, according to The Daily Home.

Those arrested were Quartez Walker, 20, and Bobby Brown, 19, who were picked up at Stillman College in Tuscaloosa, Alabama. Eighteen-year-old La Noah Ealy Jr. was arrested at Auburn University in Montgomery.

The fourth, Daveon Nix, 20, who is the son of Sylacauga District 2 City Councilwoman-elect Tiffany Nix, was arrested in Sylacauga, Alabama.

After the attack, Ogle’s mother, Brandi Allen, referred to the attack as a “hate crime” to reporters.

“Instead of us planning for his 18th birthday, we’re here,” she said. “Why? Because he made a statement that he backs the blue? I’m still trying to understand how someone, no matter the color of their skin, can do this to another human being.”

Mom of Sylacauga HS student beaten in possible racially motivated assault is speaking out. Hear more from her at 9 and 10 on @WBRCnews . pic.twitter.com/FFmTUkf7Un

Sylacauga police Chief Kelly Johnson thanked all those who participated in the investigation.

“Our department would like to thank all of those that cooperated in this investigation as witnesses. SPD would also like to thank the Tuscaloosa County Sheriff’s Office, Homicide Division, for their help in locating and apprehending the two suspects in their county,” Johnson said in a statement.

“SPD investigators have worked tirelessly to bring this case to the point that it is at. SPD does not expect to make any further arrests at this time.”

Walker, who is believed to have possessed a firearm at the time of the attack, was charged with assault in the first degree, an Alabama class B felony, punishable with a two to 20 year prison sentence.

The remaining three defendants were each charged with assault in the second degree, a class C felony punishable by one year and one day to 10 years in prison.