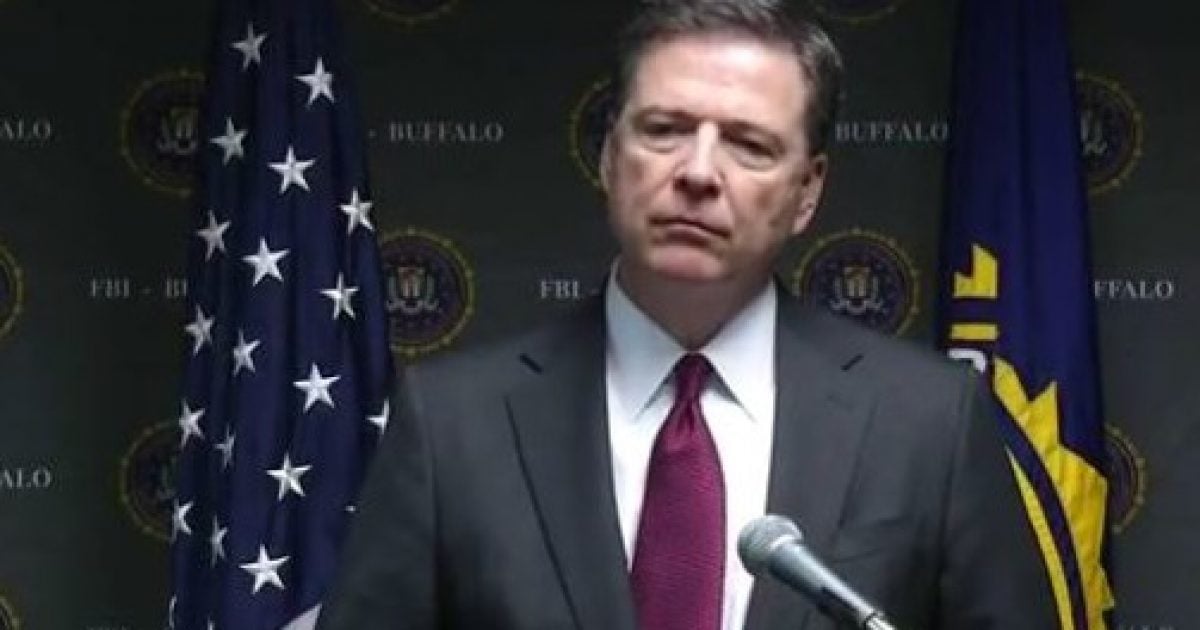 FBI Director James Comey should resign, according to former U.S. Attorney Joseph DiGenova, after giving immunity deals to Hillary Clinton’s chief of staff Cheryl Mills and four other aides in the investigation over the former Secretary of State’s use of a private email server for government business.

Matthew Whittaker, another former federal attorney, told The Daily Caller News Foundation that Congress should know why the Clinton aides were “treated differently than any other investigation has ever been done.”

Mills got the immunity deal after refusing to let investigators examiner her computer, according to the Associated Press, which first reported on Friday the multiple agreements shielding key figures in the Clinton emails scandal from prosecution.

“This now gets to the point of a serious question as to the director’s fitness for office,” DiGenova told TheDCNF. He said a grand jury should have been convened and they should have issued a subpoena for Mills’ computer.

“You go to a federal judge, you get a grand jury subpoena and you fight that out. He didn’t want to do that. And neither did the Justice Department,” DiGenova said.

“The contours of this investigation are so embarrassing to the FBI because it is now clear that they immunized people who had criminal exposure and did not conduct a proper investigation before they gave immunity,” he said.

DiGenova called for Congress to hold hearings with Comey testifying under oath and to consider sanctions such as censorship or impeachment. Such a hearing is scheduled for Sept. 28, 2016, before the House Judiciary Committee.

DiGenova’s comments echoed the remarks by Rep. Jason Chaffetz, the Utah Republican who is chairman of the House Committee on Oversight and Government Reform.

Copies of the immunity agreements were provided to the oversight committee by the Justice Department this week under seal, according to Chaffetz.

“No wonder they couldn’t prosecute a case,” Chaffetz told AP. “They were handing out immunity deals like candy.”

Matthew Whitaker, another former U.S. Attorney, said he “was very frustrated” and he thought Congress should dig deeper into the handling of the Clinton email server case.

“I think it’s an appropriate role of Congress to ask why this group of Clinton people was treated differently than any other investigation has ever been done,” he said.

DiGenova also said he was surprised that given her immunity, the FBI allowed Mills to attend Hillary Clinton’s interview at FBI Headquarters.

“Not only was she given immunity, but she attended Hillary Clinton’s interview. It is the first time in history that an immunized witness has attended an interview of the ultimate target of an investigation. This is one of the single most embarrassing moments in the history of the FBI,” DiGenova said.

Brian Pagliano, who maintained the private server and then followed Clinton to the State Department was granted immunity earlier this year.

An employee at Platt River Networks also received immunity from prosecution. PRN maintained and backed up Clinton’s private server in her home and a backup server in New Jersey.