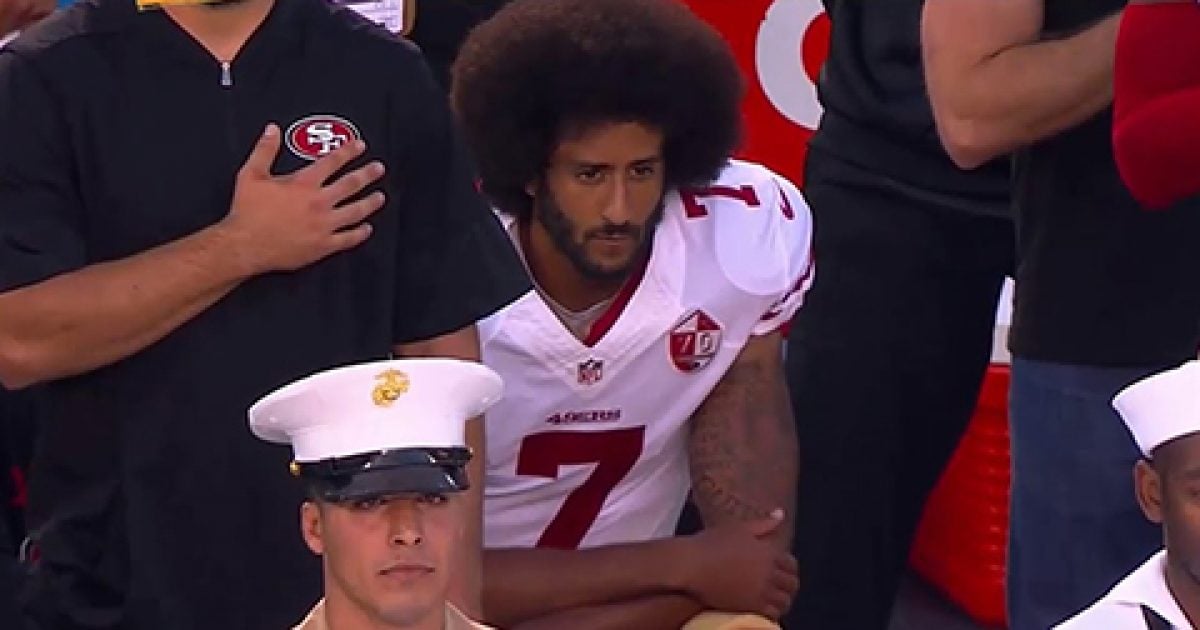 If Colin Kaepernick thought his national anthem protest was going to win him favor with fans he was sorely mistaken.

The new Time Magazine cover boy got some bad news via a poll conducted E-Poll Marketing Research, who surveyed 1,100 people “whose demographics were representative of the general population,” and found the 49ers backup quarterback is the “most disliked” player in the National Football League.

In fact it found that he was voted “disliked a lot” by 29 percent with 350 other players in the poll, ESPN reported.

By comparison, in the previous poll conducted in 2014, the controversial quarterback was only “disliked by a lot” by 6 percent of respondents.

A mere 24 percent of those polled said they didn’t even know who he was two years ago, but 49 percent knew who Kaepernick was this time.

The controversial quarterback began protesting the anthem by sitting, later kneeling, in the preseason and has kept it going ever since.