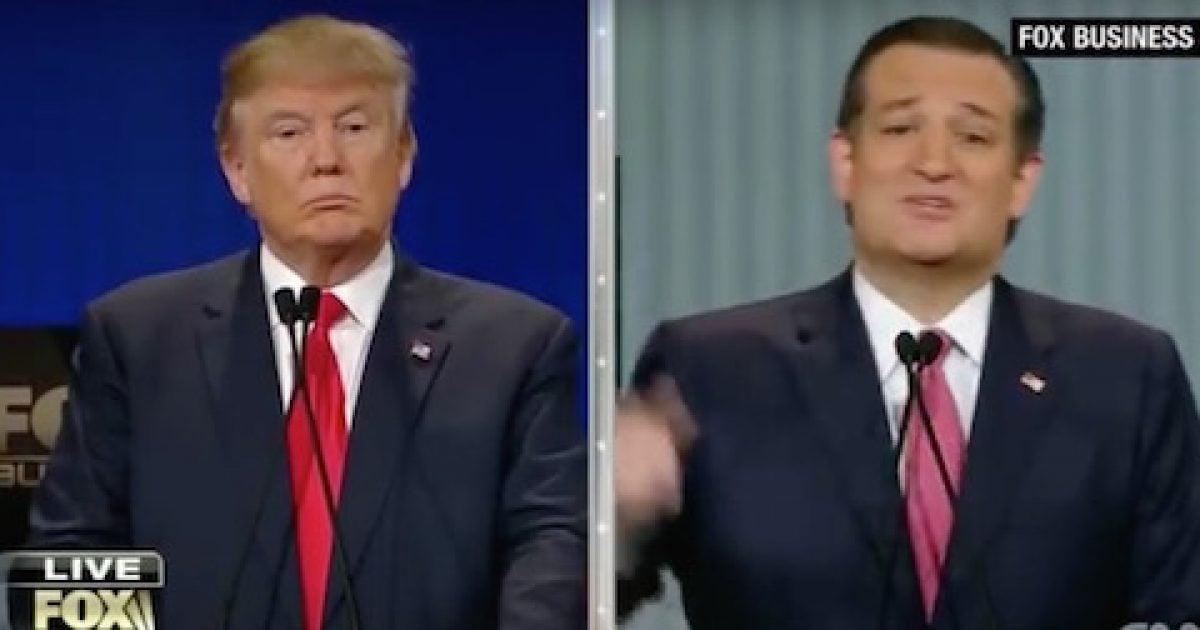 The frosty relationship between former Republican presidential rivals Donald Trump and Sen. Ted Cruz appear to be thawing — all of which has some supporters of the Texas firebrand worried that he may exchange principles for politics.

Cruz made his feelings clear at the Republican National Convention when he told supporters that rather than vote for Trump — the party’s nominee — people should vote their conscience.

The problem Cruz had with Trump is the latter’s lack of conservative values — a feeling shared by many others on the right.

The first signs that things may be thawing occurred when Trump said he backed Cruz on his ICANN– the Internet Corporation for Assigned Names and Numbers — fight. Contrary to President Obama’s stated intention, Cruz Wants to keep control within the United States and not turn it over to the international community.

“The U.S. should not turn control of the Internet over to the United Nations and the international community. President Obama intends to do so on his own authority – just 10 days from now, on October 1st, unless Congress acts quickly to stop him,” Trump said in a statement Wednesday. “The Republicans in Congress are admirably leading a fight to save the Internet this week, and need all the help the American people can give them to be successful.”

And the person leading that fight is none other than Cruz, who tweeted in response:

Appreciate @realDonaldTrump’s support of our efforts to keep the internet free: https://t.co/gc4aRustpx

Roe suggests Cruz is somewhat warming up to Trump.

“To be honest … watching Donald run a better campaign lately has been helpful to him.”

Roe also suggests Cruz is encouraged by the case Trump has recently been making against Clinton. https://t.co/pefjdmpm0I

In addition, Cruz told CNN earlier in the week that the number-one goal on November 8 is to defeat Trump’s Democratic rival — Hillary Clinton. Left unsaid but nonetheless obvious is that there remains only one clear path to that goal — support Trump.

Iowa-based conservative talk radio host Steve Deace, who wholeheartedly endorsed the Texas senator in the primary, suggested that if Cruz were to endorse Trump, he could lose his supporters.

2 things that kill political brands:
1) Stand tall on principle when it matters most, and then walk away from it for no good reason.
(1/2)

(2/2)
2) Have staff that use the media to pressure you into doing what they want you to do, not what you think is right.

If an endorsement does come from Cruz, the fear among his most loyal supporters as well as the “Never-Trumpers” is that there would be no quid pro quo. That is, that Trump wouldn’t offer something in return, such as supporting a conservative issue he didn’t support before.

“There were thousands of people not in that arena who will be utterly disappointed that Cruz didn’t maintain his principled stand for conservatism,” MSNBC analyst and former Cruz spokesman Rick Tyler said.

“Endorsing now for no reciprocation? He would just end up being a Trump Chump,” he added said.